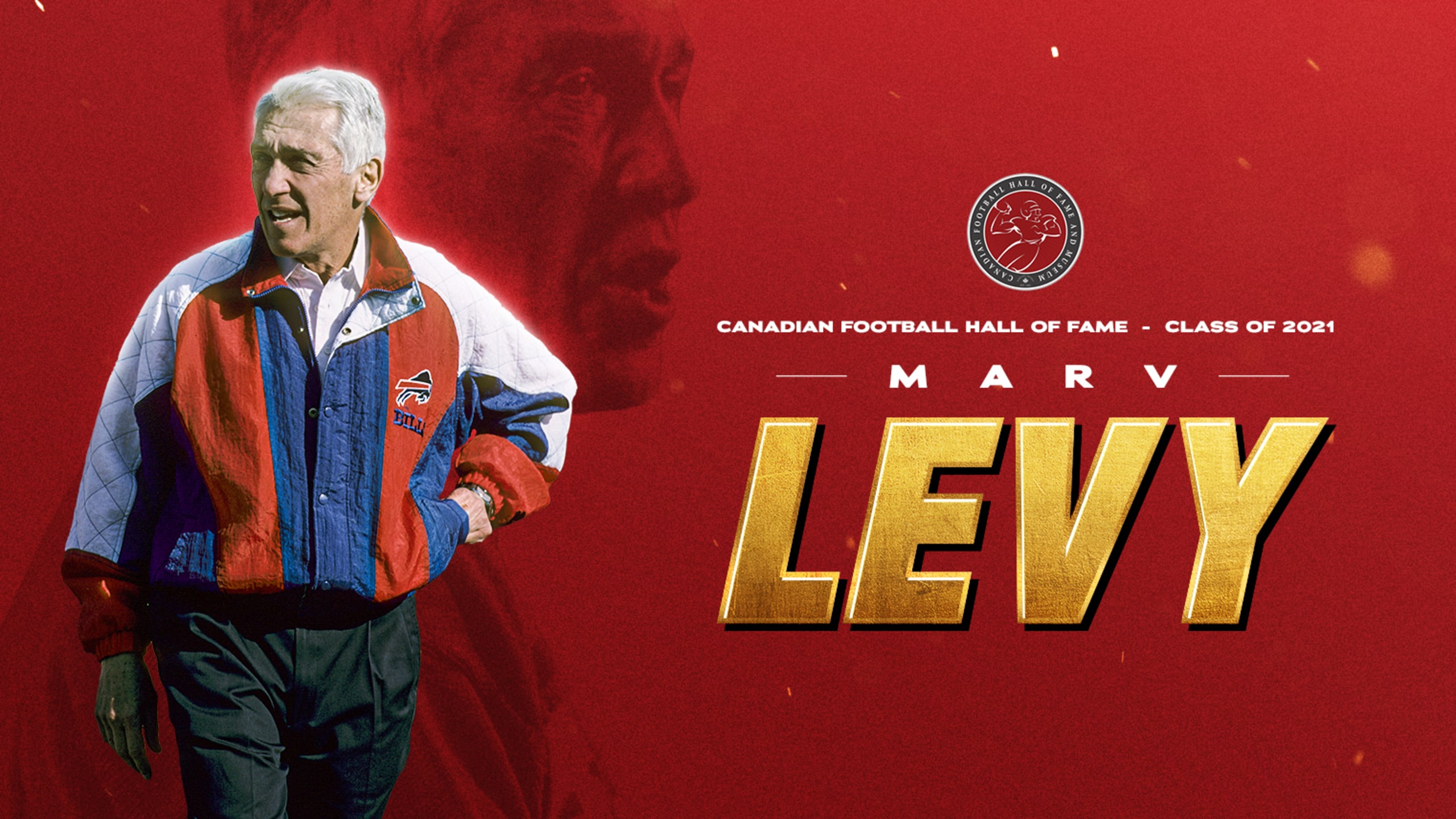 An esteemed head coach in the CFL and the NFL, Marv Levy will now and forever be a part of the Canadian Football Hall of Fame.

The Canadian Football Hall of Fame and Museum announced its Class of 2021 this morning and Levy, the former Montreal Alouettes head coach and two-time Grey Cup Champion will enter the shrine later this fall.

“The Canadian Football Hall of Fame is proud to honour these individuals who have contributed so much to our game, on the field, on the sidelines and in the boardroom,” Greg Dick, Interim CFHOF Executive Director, said in a press release. “I would also like to thank the Selection Committee for their tireless work in selecting this year’s excellent class.”

Levy coached the Montreal Alouettes from 1973-1977. He led the CFL team to three Grey Cup appearances in five years, winning two of them during the 1974 and 1977 seasons. In 1974, Levy served as both the general manager and head coach and was named the Coach of the Year after his first Grey Cup victory. He finished his time in Montreal with a 43-31-4 regular season record and a 7-3 record in the postseason.

Levy is one of only two head coaches to appear in both a Grey Cup Championship and the Super Bowl. The other head coach being former Winnipeg Blue Bombers and Minnesota Vikings Bud Grant. Levy now also joins Grant and Warren Moon as the only three people to be enshrined in both the Pro Football Hall of Fame and the Canadian Football Hall of Fame. Levy said that he is so honored and elated to be a part of this great class and to join two greats in Hall of Fame history.

“It certainly is meaningful,” Levy said. “I know both of those people fairly well. We competed against Warren Moon, of course, and against Bud Grant during his coaching days here in the NFL, as well as in the CFL. So, I’m tremendously honored and just grateful for the recognition that’s coming.”

Even when Levy became the coach of the Bills, he always had a special place in his heart for the CFL. He knew that the team always had a lot of fan support from right across the border and kept in touch with many of the CFL coaches. Levy will always cherish his time as head coach of the Alouettes and he will preserve those beloved memories forever.

Levy added: “I coached for 47 years, only five of them that were there with the Montreal Alouettes, but they remain so prominent in my fond memories and I will always retain those fond memories.”