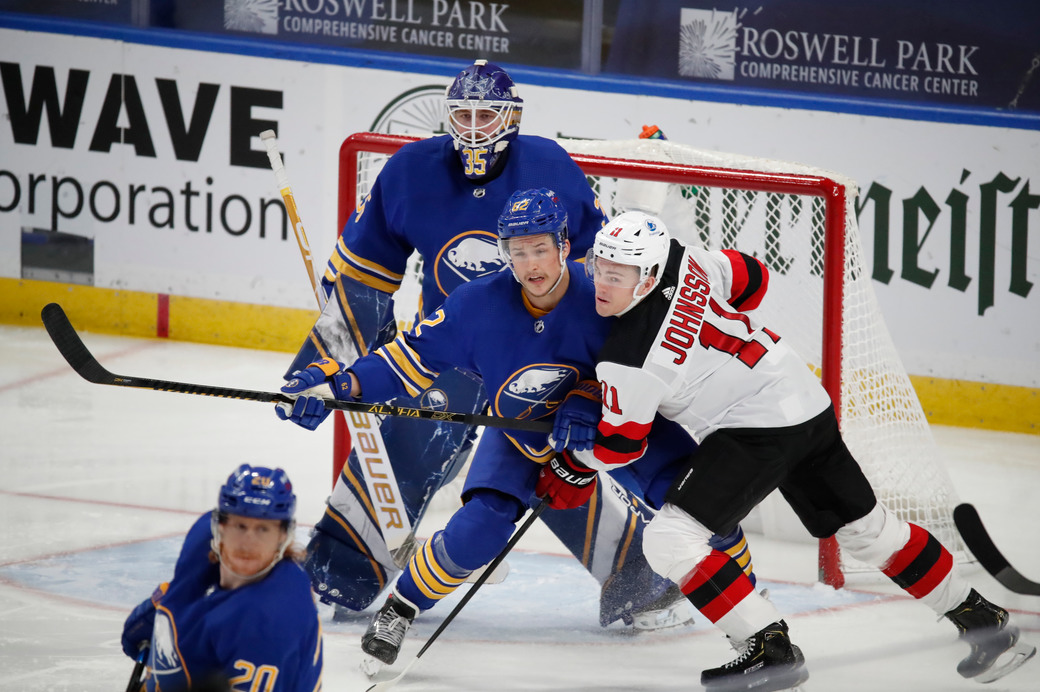 The Buffalo Sabres and New Jersey Devils entered the third period of Thursday night’s game tied, but the Devils scored three times in the final period to hand Buffalo a 6-3 loss at KeyBank Center.

Pavel Zacha scored two power-play goals in the first five minutes of the game for New Jersey. Zacha wrapped up the season series against Buffalo with 11 points (4+7) in eight games.

After opening the scoring Buffalo battled back to erase a two-goal deficit heading into the third period. However, Boqvist broke the tie early and New Jersey added two late goals to put the game out of reach.

The Sabres were outshot 11-2 in the third period.

Buffalo’s power play finished the game 1-for-3. The team was 2-for-4 on the penalty kill.