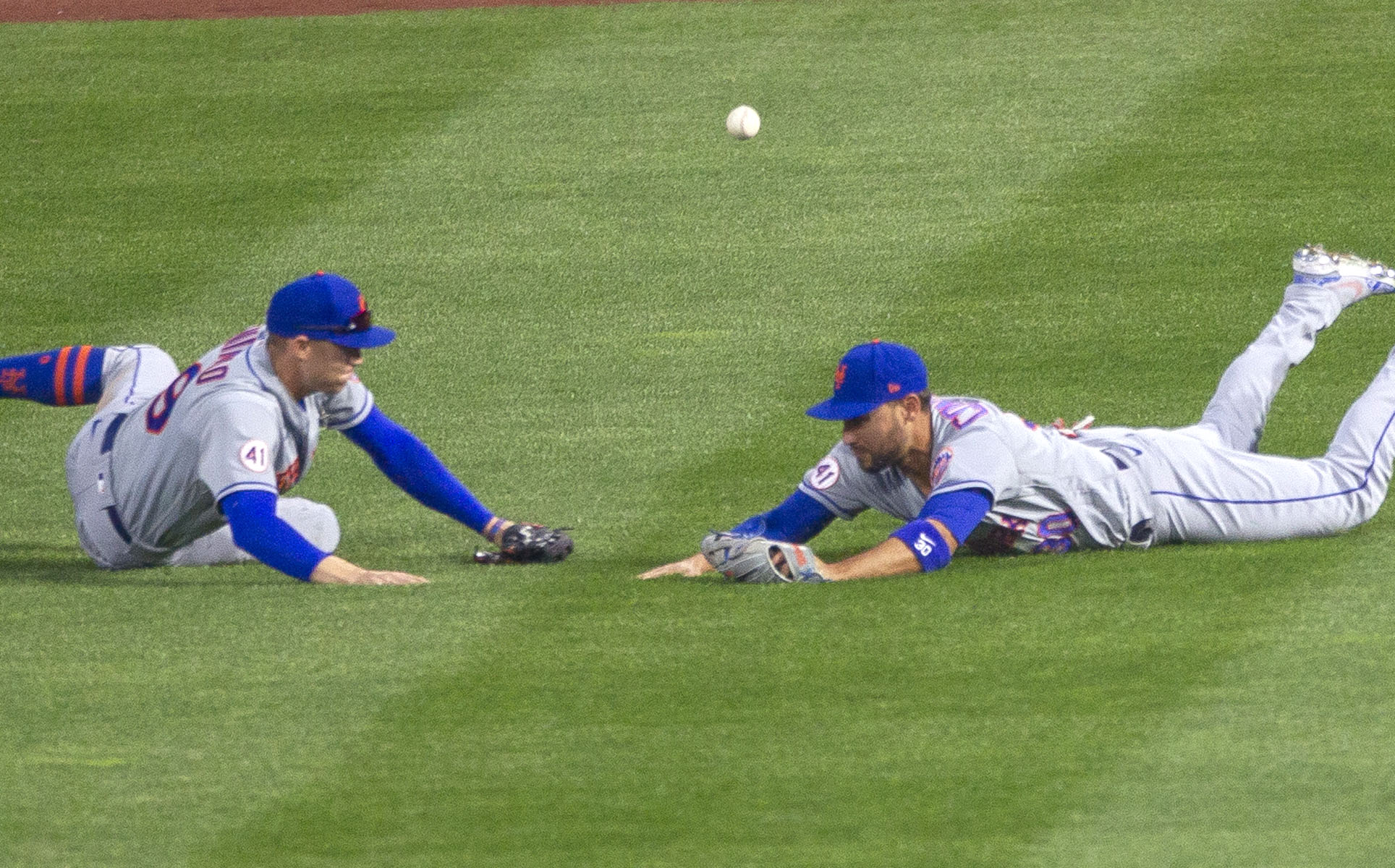 Hitting with runners in scoring position is hardly a new problem for the Mets, but with a revamped lineup, the hope was that those issues could be behind the club. Over the first three games of the season, it’s clear the team still has a lot of work to do in that department. After leaving ten runners on base on Monday and six more in last night’s victory, the Mets went 1-for-11 with runners in scoring position and left 14 more on base as they dropped the series final 8-2 to the Phillies.

The Mets played pretty much the entire game from behind in Philadelphia. After failing to capitalize on a leadoff single by Brandon Nimmo in the first, David Peterson took the hill and labored from the start. Over the course of his 38-pitch frame, he went to five three-ball counts and was constantly behind hitters, eventually serving up an opposite field solo home run to Rhys Hoskins. After Bryce Harper hit a screaming liner for a double off the right field wall and J.T. Realmuto walked, Alec Bohm hit a mammoth home run to left-center to put the Mets in a four-run hole. Peterson was eventually able to end the inning, but the damage was done.

The Mets stuck with Peterson, who admirably settled down and was very effective and efficient over the next three innings. He worked around a two-out Hoskins double in the second and a two-out Didi Gregorius single in the third, needing just 13 pitches in each of those two innings. In the fourth, he hit Matt Joyce with a pitch, but he induced a double play to face just three batters in the frame.

On the offensive side of things, the Mets failed to score in the second, despite a Dominic Smith double and Luis Guillorme walk. The Mets finally broke through in the third inning, as Nimmo picked up an infield single that was eerily identical to the one he had in the first. Lindor picked up his second hit as a Met to put runners on the corners with nobody out, but Michael Conforto hit a shallow fly ball to right that was not deep enough to score Nimmo. It was just one of many bad at-bats for Conforto, who finished hitless in five at-bats while leaving nine on base. Pete Alonso picked up his teammate with a sharp single up the middle to bring Nimmo home. Aaron Nola escaped the frame without further damage by striking out Smith and Jonathan Villar. To that point, the club was 1-for-9 with runners in scoring position, but things only got worse from there.