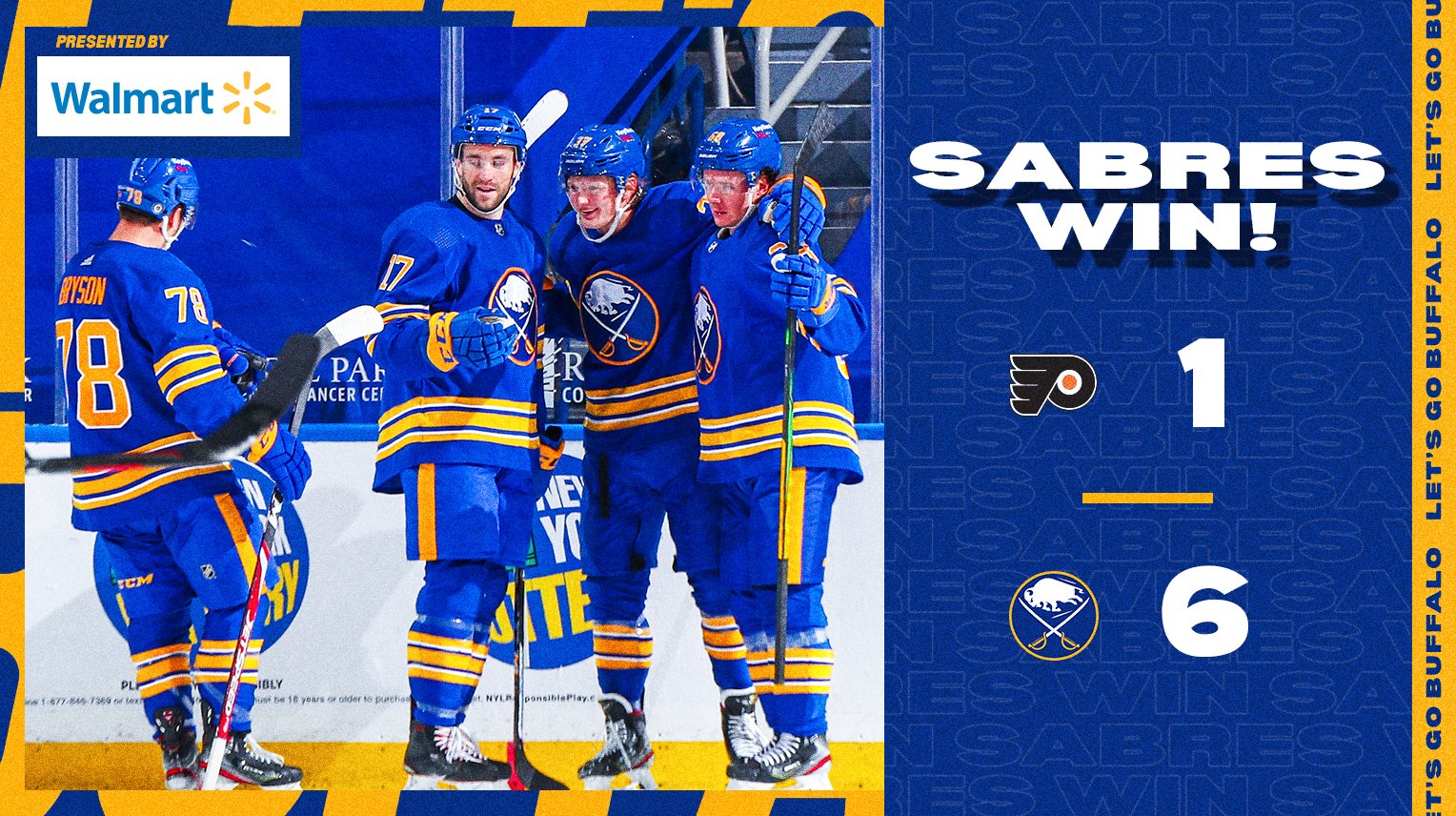 For the first time since February 23, the Buffalo Sabres celebrated a victory.

Their 6-1 win over the Philadelphia Flyers on Monday at KeyBank Center snapped a franchise-record 18-game winless streak (0-15-3).

For the second game in a row against the Flyers, Buffalo entered the third period with a three-goal lead, but this time they hung on.

Sam Reinhart scored his team-leading 13th goal of the season. Steven Fogarty notched the first goal of his NHL career and added an assist. Curtis Lazar and Casey Mittelstadt also tallied. Brandon Montour scored twice on the same penalty kill to ice the game in the third period.

Montour is just the second defenseman in Sabres history to score two shorthanded goals in the same game. The other was Alexi Zhitnik on March 19, 1998 against Florida.

Brian Elliott started in goal for the Flyers and allowed four goals on 16 shots. He was replaced in net by Alexi Lyon with 4:21 left in the second after Buffalo went ahead 4-1. Lyon finished the game with nine saves in 24:08 of action.

Linus says it all. ? pic.twitter.com/EVWUFOZWvg

Congrats to our captain on his first NHL goal! https://t.co/5mpCYVTWij pic.twitter.com/C0seq1TG6R