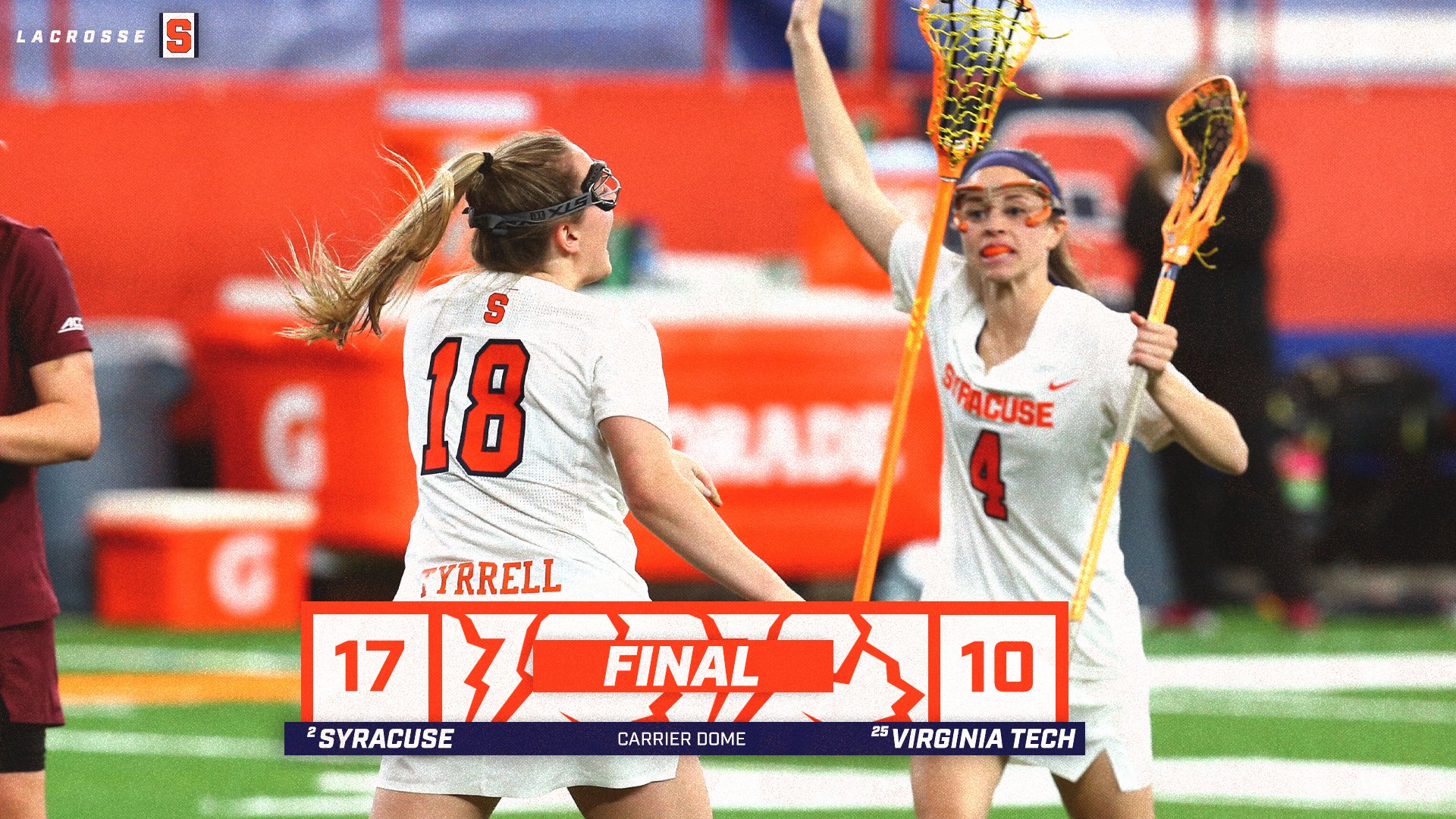 No. 2 Syracuse scored nine unanswered goals to erase a two-goal deficit and posted a 17-10 victory against No. 25 Virginia Tech on Saturday in the Carrier Dome. The win improves the Orange’s record to 6-0, which is their best start since the 2017 campaign.

Megan Carney scored a career-high six goals to go along with one assist for seven points. She set her career high with nine points against the Hokies as a freshman.

Meaghan Tyrrell scored four goals and finished with six points. She now leads the team in points (27) and is tied with Carney for the top spot in goals (16).

Ella Simkins has a career high of 8 draw controls 🍊 pic.twitter.com/dqsj6S3PYj

Carney cranks another one

Notches her 4th of the night pic.twitter.com/xW1FhKM7yB