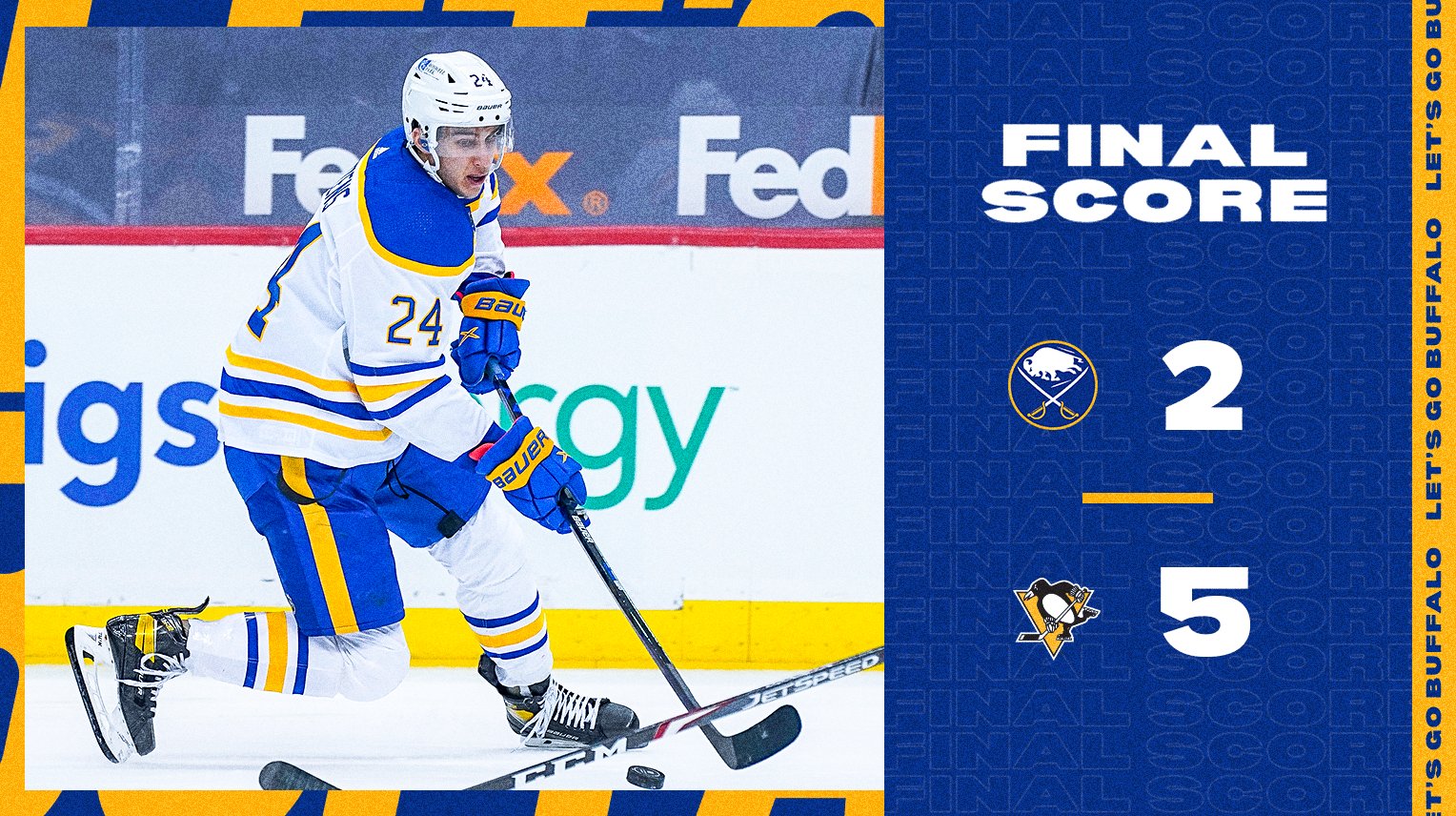 The Buffalo Sabres’ winless streak reached a franchise-record 15 games with the team’s 5-2 loss to the Pittsburgh Penguins on Wednesday at PPG Paints Arena.

The Sabres went 0-for-3 on the power play, bringing the team to an 0-for-24 skid with the man advantage, and they also allowed a shorthanded goal. Buffalo was 5-for-5 on the penalty kill.