Sabres return to practice after postponement 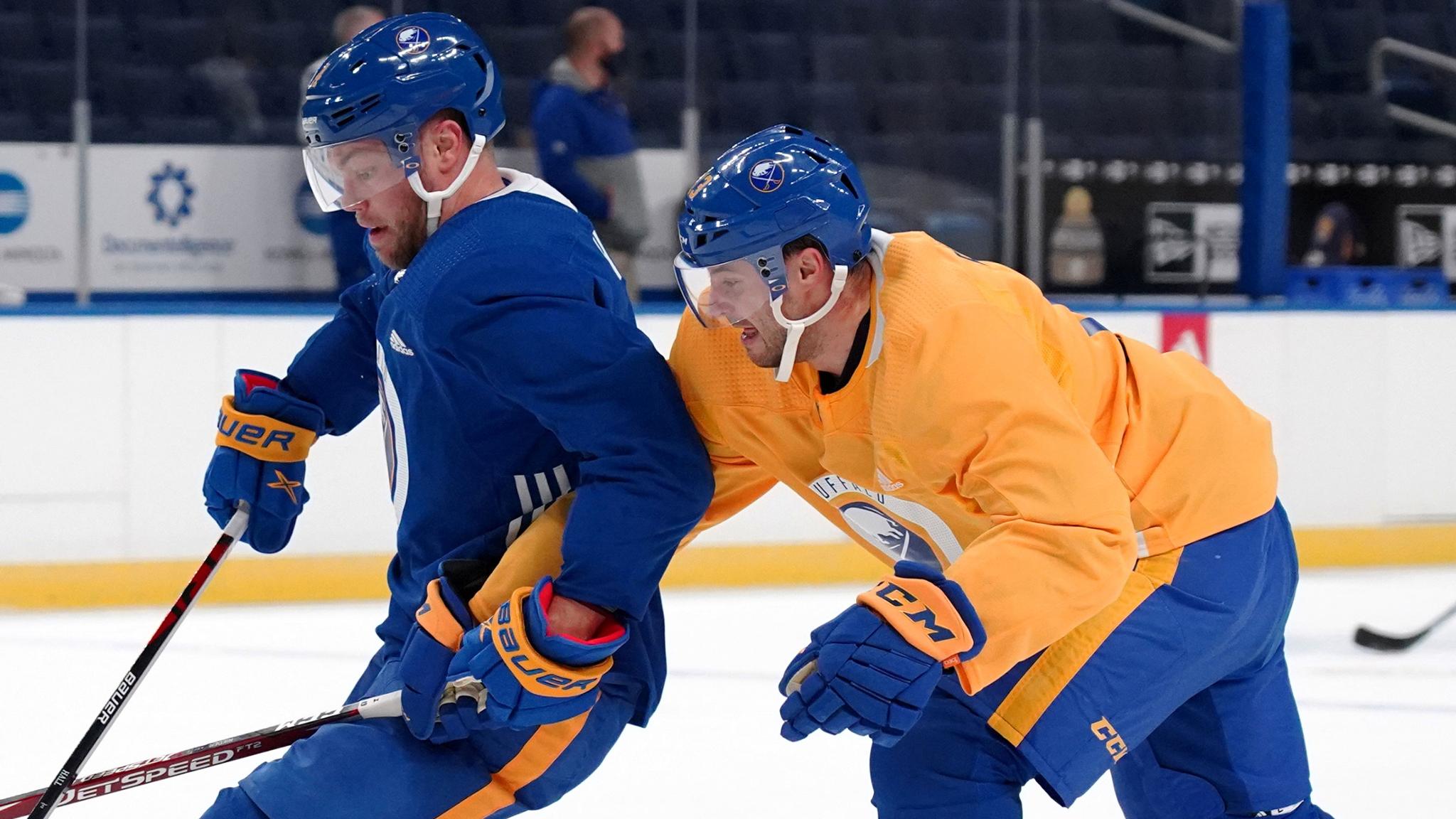 The Buffalo Sabres returned to practice Sunday, a day after their home game against the Boston Bruins was postponed due to NHL COVID-19 protocol.

Another day at the office. 🏒#LetsGoBuffalo pic.twitter.com/ibYkxxlvSs

It was their second practice under coach Don Granato, who replaced Ralph Krueger on Wednesday. The Sabres will try for their first win under Granato when they visit the New York Rangers on Monday (7 p.m. ET; MSG, MSG-B, NHL.TV).

The Sabres lost 4-1 to the Bruins in Granato’s debut on Thursday.

The Sabres didn’t practice Saturday after their scheduled game against the Bruins was postponed due to Boston forwards Jake DeBrusk, David Krejci, David Pastrnak and Craig Smith entering NHL COVID-19 protocol Friday. It was a precautionary measure for the Sabres, who had a staffer enter the protocol.

Buffalo had six games postponed and its facilities closed because of protocol from Feb. 2-13 and had nine players on the protocol list during that span.

“We spoke of it,” Granato said. “I asked what the comfort level was to continue [practice] because when this happened weeks ago everybody had great concern, ‘Is this within our group now and where’s it going?’ The players collectively wanted to continue practicing and they continued to practice at a very intense level, so that was a great response from the standpoint of if you wanted them to be focused and engaged, they were.”