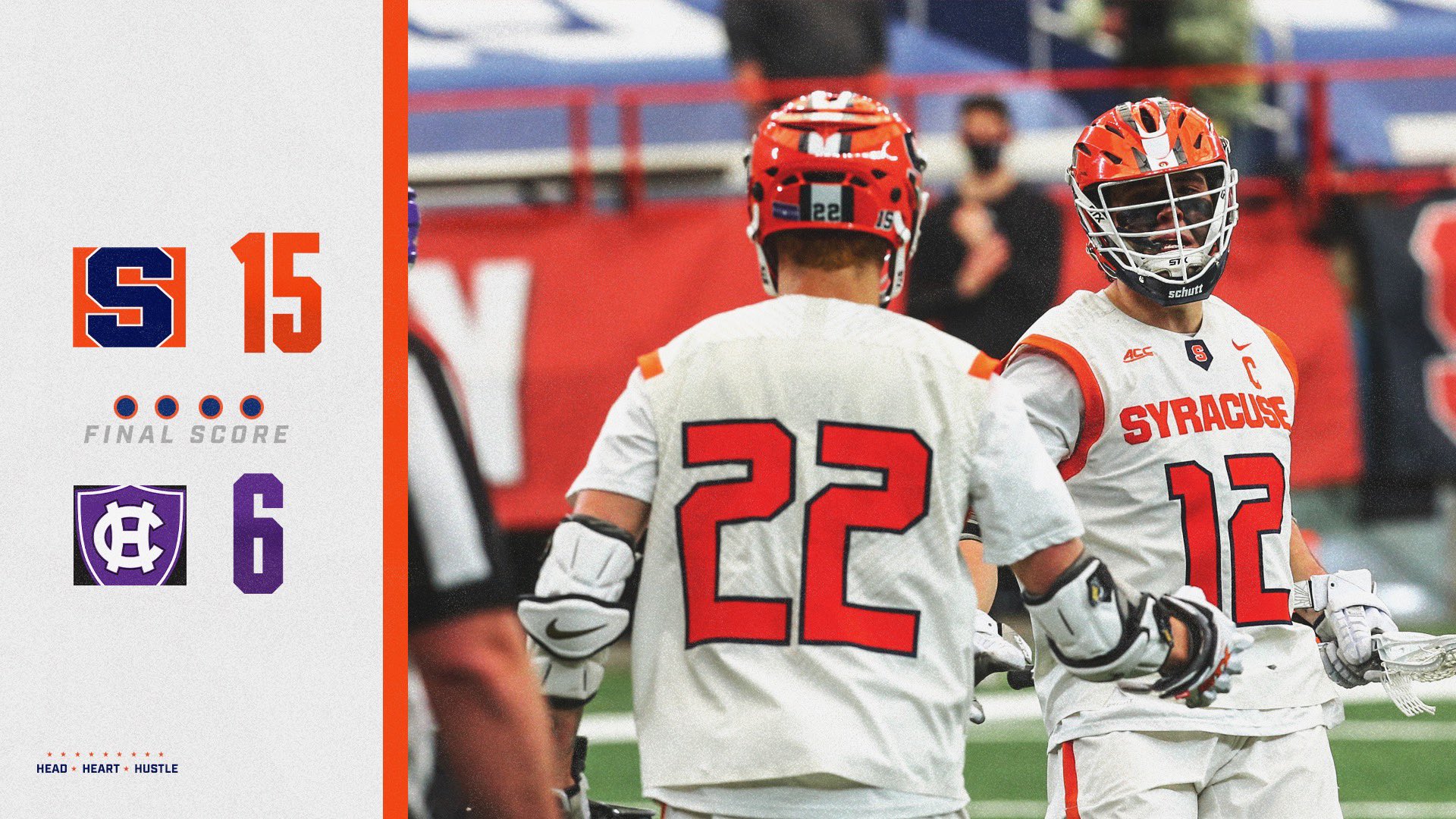 After a slow start Syracuse rolled Holy Cross 15-6 with the help of seven goals from Chase Scanlan and a career-high six points (1-5) from Owen Hiltz.

The Syracuse defense came to play, holding the Crusaders scoreless in the first half and allowing the Orange to out-shoot Holy Cross 65-20. Drake Porter made five saves and allowed just three goals before being relieved of his duties in the fourth quarter.

Brett Kennedy was also a menace in the middle of the field, causing four turnovers and picking up five ground balls, while Jakob Phaup won 80-percent of his restarts, leading Syracuse to a 15-of-24 day at the X.