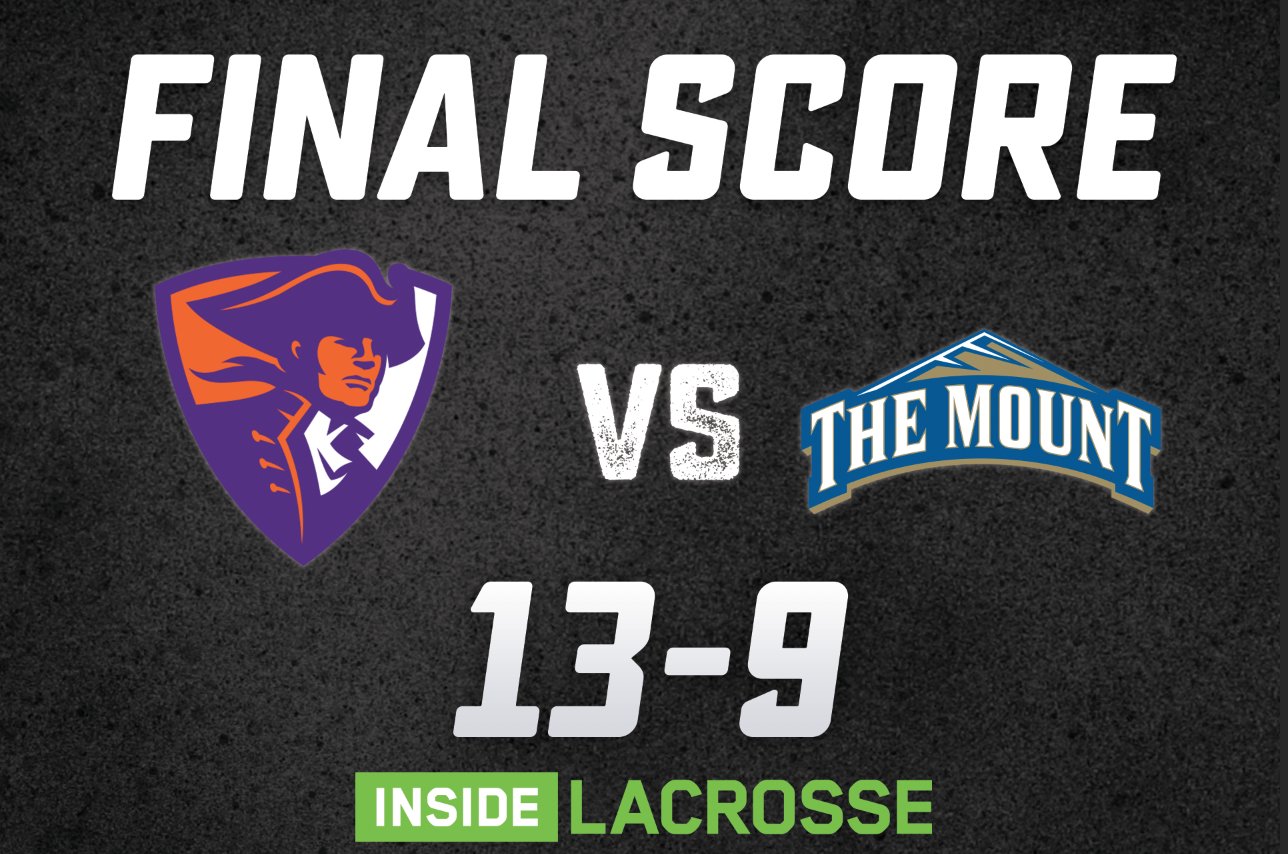 For the second time this season, the Hobart College lacrosse team defeated Mount St. Mary’s University 13-9. The Statesmen scored five straight in the first half on the way to a 7-4 halftime lead and held off a late charge by the Mountaineers.

Hobart (2-1, 2-1 NEC) dominated the faceoff X, winning 19-of-25 on the day. Sophomore Adam Shea was 15-of-19 with a game-high 11 ground balls. He also won 15 faceoffs with 11 ground balls in the teams’ first meeting two weeks ago. Sophomore goalie Kevin Holtby got the win with 13 saves. Junior midfielder Bradley Simas led the offense with a career-high four points, including his first hat trick. Juniors Derek Madonna and Jason Knox each contributed three points.

The Mount led 2-1 late in the first quarter, but junior defenseman Mark Synnott scored his second goal in as many games, tying the contest and senior attackman Tommy Mott netted his first goal of the season a minute later to give the Statesmen a 3-2 lead after 15 minutes.