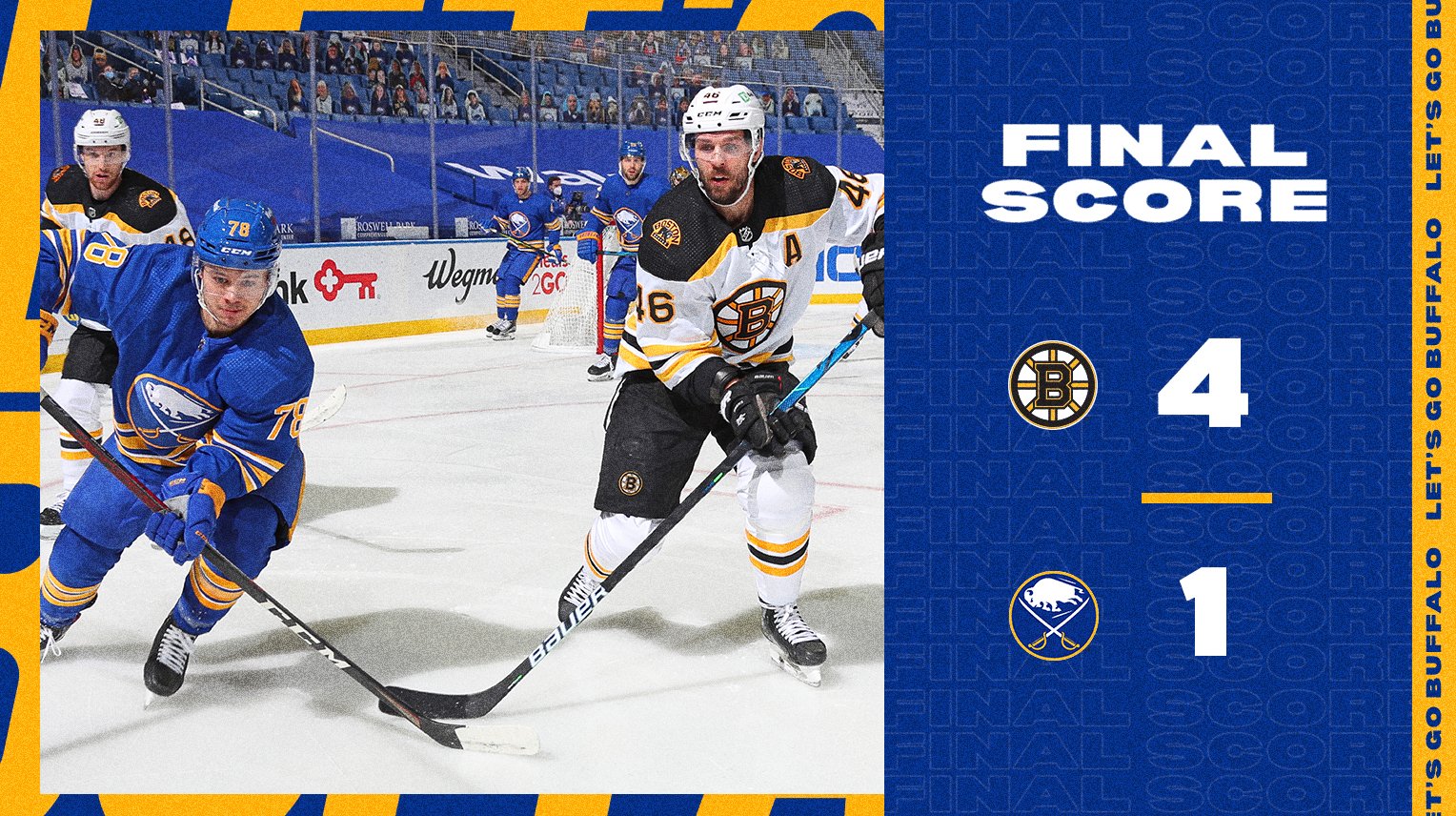 Don Granato’s first game as interim head coach of the Buffalo Sabres ended like so many Sabres games this season when he served as an assistant coach: with a regulation loss.

Kyle Okposo scored his first goal of the season for Buffalo – a shorthanded marker – and Carter Hutton made 33 saves.