Home » Chance The Rapper » Yankees’ Luis Severino believes he’s on track for earlier return: ‘I hope to be back sooner’

Yankees’ Luis Severino believes he’s on track for earlier return: ‘I hope to be back sooner’ 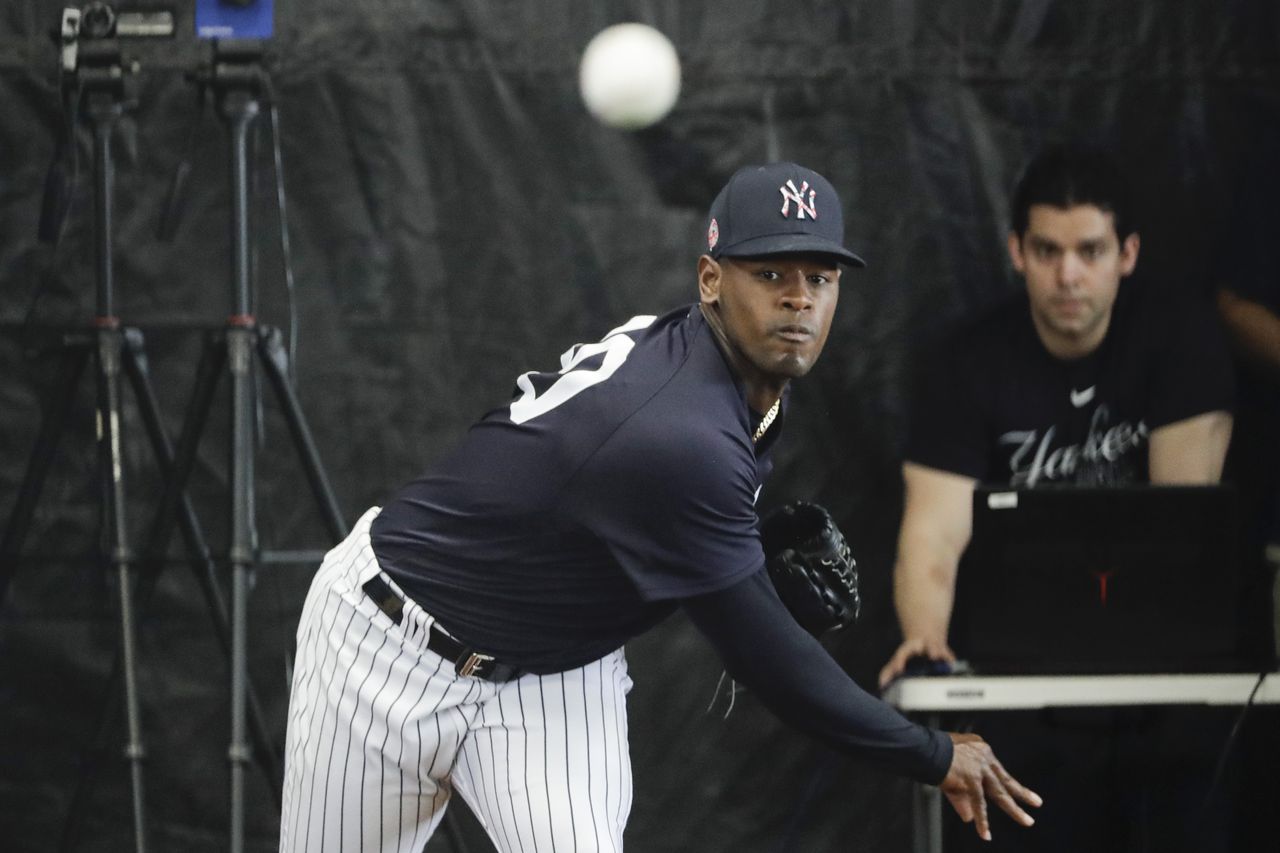 Luis Severino won’t be able to battle for the starting rotation in Tampa, as he continues his recovery from Tommy John surgery. But he is hopeful he can join his teammates sooner rather than later.

Speaking with the media on Monday, the right-hander discussed his current rehab program in which he noted he’s on track for his current timetable, though an exact date isn’t there just yet.

“I hope to be back sooner, but that’s not something that I have an exact date,” he said. “The most important thing, I feel pretty good and just taking it day by day. I’m close to throwing bullpens, after that I’m going to face hitters. We’ll see how I feel and how the progress is going and we’ll see.”

GM Brian Cashman noted earlier this offseason that the target was “late summer” for Severino to return to the team.

Severino broke down his workload for the week, saying that he threw from 90 feet on Monday and will throw from 120 feet on Tuesday. All of that is leading into mound work as long as no setbacks come through.

“I think I’m really close to [being] on the mound. Physically, I feel excellent. My arm is feeling pretty good today,” Severino said.

When the injury occurred, Severino noted Yankees reached out to show their support for him through surgery and recovery. Former Yankee Adam Ottavino was one specifically that Sevy brought up. Players told him that the injury would feel odd at first, but in time, his arm would feel more natural.

“Yes, when I started playing catch at the beginning, I didn’t know what to expect,” he said. “It’s the first time having [an injury] like that, but it was just weird. Right now, I’m getting back to myself. I feel like, ‘OK, it feels like it’s going right.’”

Watching Severino’s progress throughout camp and eventually through the regular season will be a constant storyline, as he’s expected to come back and bolster the rotation immediately. But there’s no rush with starting pitching depth for the Yanks being abundant.