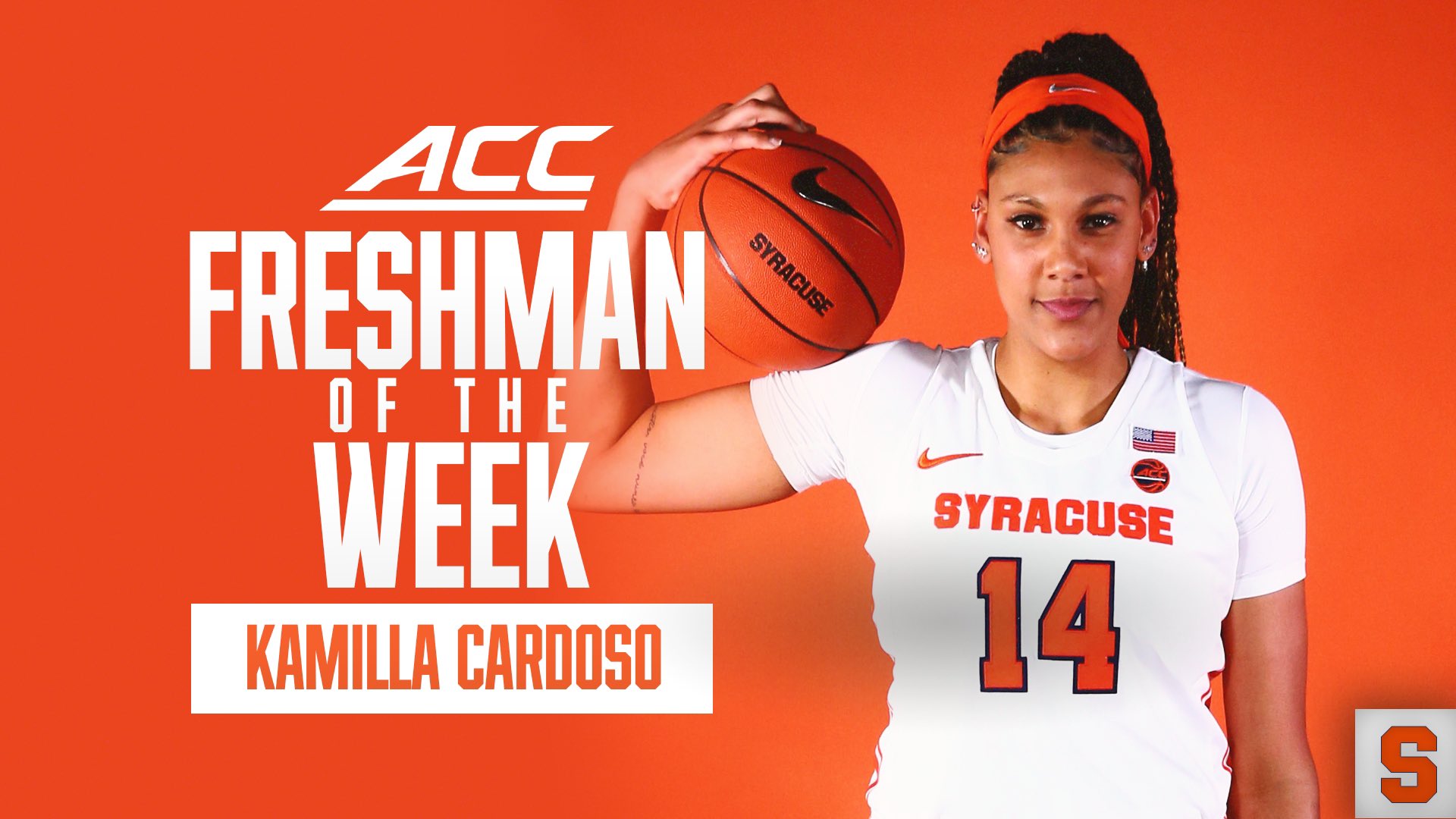 Cardoso shot a combined 70.6 percent from the field (12-for-17) in Syracuse’s wins over Pitt (80-57) and Notre Dame (81-69) last week. Against the Panthers the Montes Claros, Brazil native had 11 points, eight rebounds and four blocks. She followed her stellar performance with 18 points, seven rebounds and a career-high nine blocks against the Irish on Sunday. Her nine blocks are fourth-most in ACC history and are tied for third-most by a freshman.

Cardoso is the ACC leader in field goal percentage (.612) and blocks per game (3.33) and total blocks (40). She and her Orange teammates return to action Tuesday night at Georgia Tech. Tip-off is slated for 7 p.m. on ACCNX where fans can stream the game through the ESPN App.