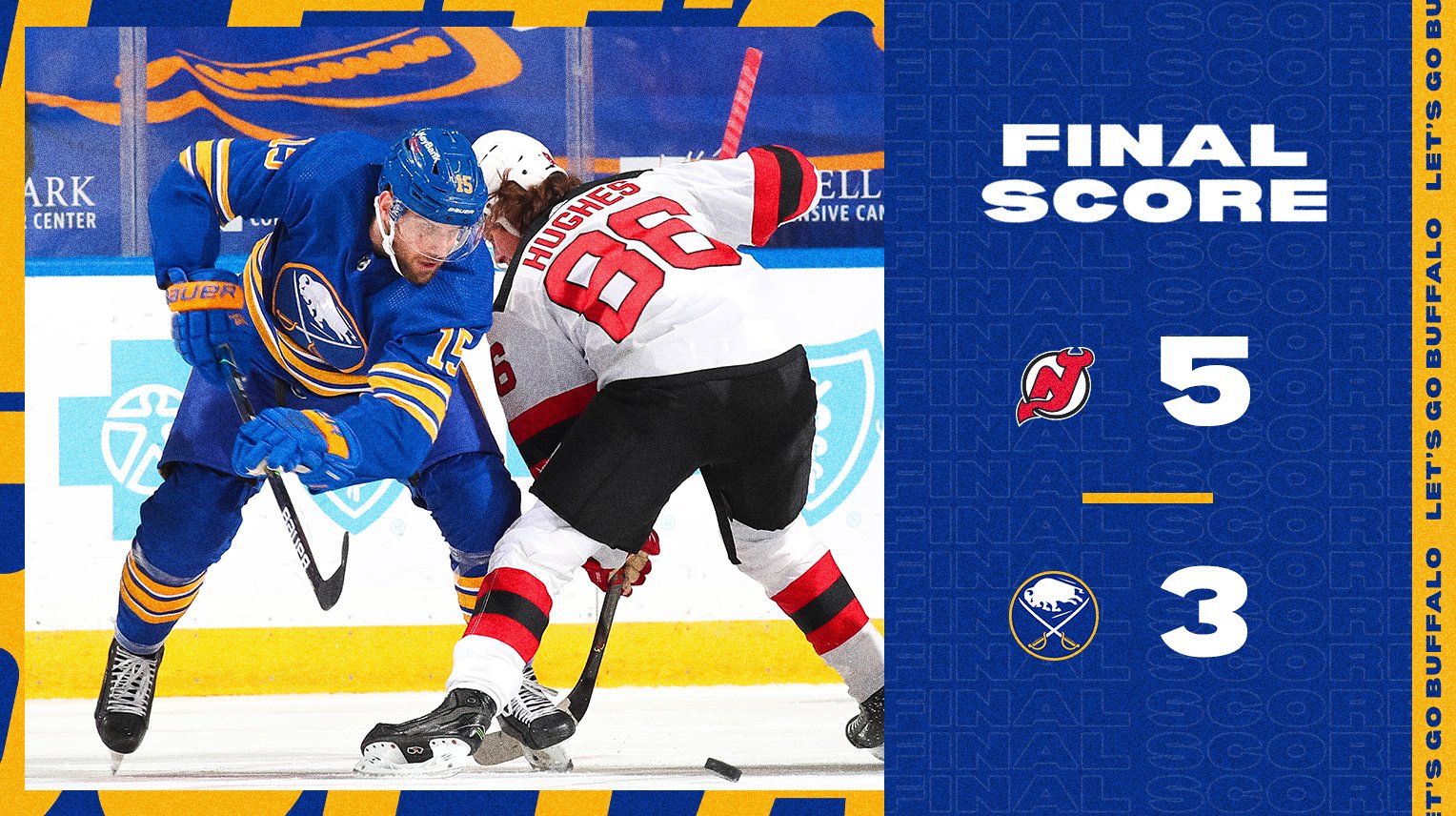 Rasmus Ristolainen was a factor in all three goals for the Buffalo Sabres, but it was the New Jersey Devils who pulled away with a 5-3 victory Sunday afternoon at KeyBank Center.

Ristolainen scored as a net-front presence on the power play, took the shot that was deflected in by Curtis Lazar on Buffalo’s first goal and set up the screen that led to Rasmus Dahlin’s first of the season.

Buffalo never led in the game. Miles Wood scored twice and picked up an assist for New Jersey. Michael McLeod also scored twice for the Devils, including the opening goal 20 seconds into the content and what proved to be the game-winner midway through the third. Andreas Johnsson was also credited with a goal.

Carter Hutton stopped 32 shots for the Sabres while Devils netminder Eric Comrie made 29 saves in his first start of the season.