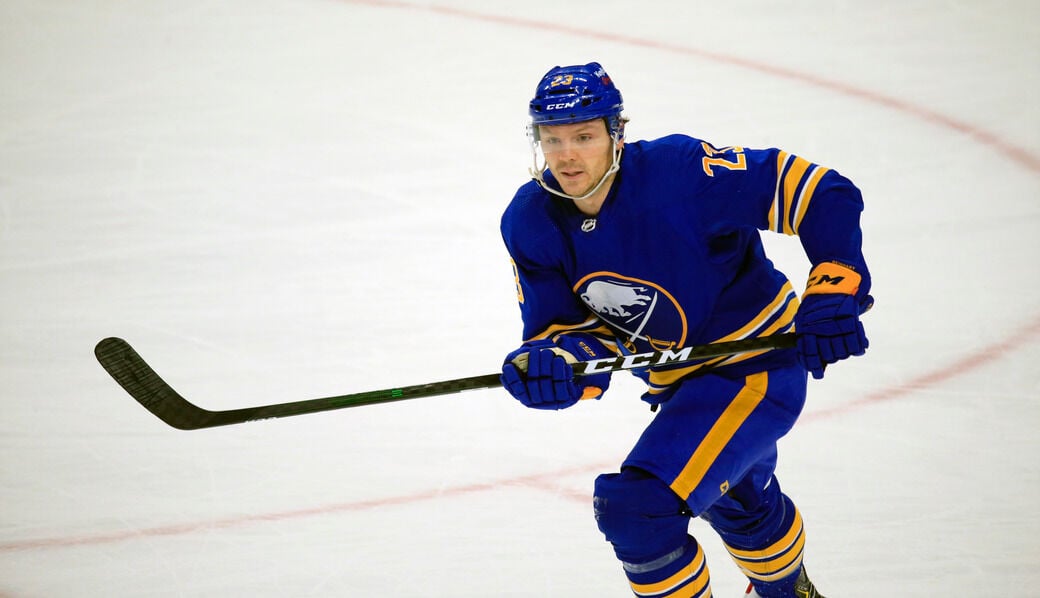 Sam Reinhart’s status is uncertain for the Buffalo Sabres’ back-to-back games this weekend.

Reinhart, a 25-year-old right wing, did not practice with the Sabres on Friday in KeyBank Center and is “day to day” with an upper-body injury, according to coach Ralph Krueger.

Reinhart scored the tying goal in the third period of a 3-2 overtime loss to the New York Rangers on Thursday night. He logged 19:41 of ice time and two shots on goal.

With Reinhart absent from practice, winger Tage Thompson filled in on the top line. Thompson, who has been a healthy scratch in four of the past five games, skated alongside Jack Eichel and Victor Olofsson, while Taylor Hall was with Eric Staal and Dylan Cozens

Reinhart, a four-time 20-goal scorer, has three goals and three assists through eight games this season.