On Tuesday, FingerLakes1.com learned that the City of Geneva’s Public Art Committee called for a change in a local ordinance following a recent controversial decision from the Public Works Department to remove stencils that depicted positive messages of peace, unity, and hope as a part of the Peoples Peaceful Protests and greater Black Lives Matter movement.

Founded in 2012, the committee comprising of seven appointed members review public art plans that are then approved by the Geneva City Council and even “make recommendations regarding any issues that arise from a specific artwork or art project,” according to the city’s website.

As a result, the committee has charged Geneva City Council with “a responsibility to protect the public’s right to an artful community by safeguarding free expression in the codes” in the aftermath of the power washing of temporary stencils on the city’s sidewalks, which were crafted by young children and adults alike.


The proposed change lies in an ordinance that passed in 1968 titled “Advertising in Public Places” under Chapter 64.

Labbe, who also serves as a liaison noted that the Public Art Committee is well-aware of the rising prominence of stencil chalk installations like the ones from Look Down Rise Up, who scattered Black Lives Matter messaging throughout downtown Geneva back on Friday, August 7th.

Also known as “street art,” the Geneva Public Art Committee “exists to ensure that Geneva is a place that welcomes and nurtures art in our community, including temporary art installations like recent Black Lives Matter stencil chalk installation in downtown Geneva by the group Look Down Rise Up @lookdownriseup.”


At its core, this art form is considered confrontational. It challenges perceptions and disrupts the status quo in the public as people walks along its streets.

This confrontation of race through art “is focused on cause and effect” and “aims to produce an effect within the minds of those people who live within the environment being altered,” according to the statement.

In the aftermath of that Friday, the street art certainly prompted a volatile response from outspoken private citizens and the city government officials alike.

“Based on this description, it isn’t surprising that Look Down Rise Up’s chalk installation caused strong reactions. This type of art is meant to initiate public discussion and true to that spirit, the committee recently met to discuss the installation and the City Ordinances guiding the decision to remove it,” they continued.

Under the current legal interpretation, Chapter 64 from the ordinance identifies “advertising as all speech and imagery in the streets, whatever its content or purpose,” even temporary chalk art.

Furthermore, the current code claims that “if a city resident complains about any image or wording on the street or sidewalk (including children’s chalk drawings) it must be removed.”

This upholding of the procedure has been deemed problematic by the Public Art Committee, contending that “a single resident may wield extraordinary power” even in a “shared public realm” like communal spaces.

Leaving little room for open interpretation, “the ordinance is written broadly and interprets only in black and white; it doesn’t give way for the gray,” according to the Public Art Committee.

Calling for a change in the framework, the committee contends that reworking the local ordinance can yield three seismic results.

“First, it would better reflect current uses of the public realm by citizens, eliminating confusion and conflict over the use of sidewalks for chalk art. Secondly, it would support the growth of the artistic community in Geneva, particularly public art projects that seek to share creativity with the public. Finally, updating the ordinance to exclude public art would reflect the ideas of democracy and justice expressed in the city’s strategic plan and publicly espoused by city leaders,” members shared.

Additionally, the statement argues that “many of the city ordinances passed in the 19th and early 20th century sought to control public use of the streets” in an attempt to disadvantage marginalized communities.

“These laws have disproportionately affected disenfranchised communities, including the poor, people of color, teenagers, disabled individuals, and children. Revising the ordinance would bring it up to date with the City’s anti-racist work addressing issues of systemic oppression based on race, class, gender, sexual orientation, and/or ability. Geneva’s City Council has a responsibility to protect the public’s right to an artful community by safeguarding free expression in the codes,” they later added.


Although a revision in the local ordinance has not been developed yet, the Public Art Committee stands in support with Look Down Rise Up, and alongside anyone else who wishes to freely express themselves in public.

“We want to encourage all of those interested in undertaking a temporary art project in the public realm to reach out to us. The committee would welcome the opportunity to work with residents to create art and can assist in brainstorming ideas, identifying materials, and locating sources of funding,” the statement concluded.


All photos below are credited to the People’s Peaceful Protest: 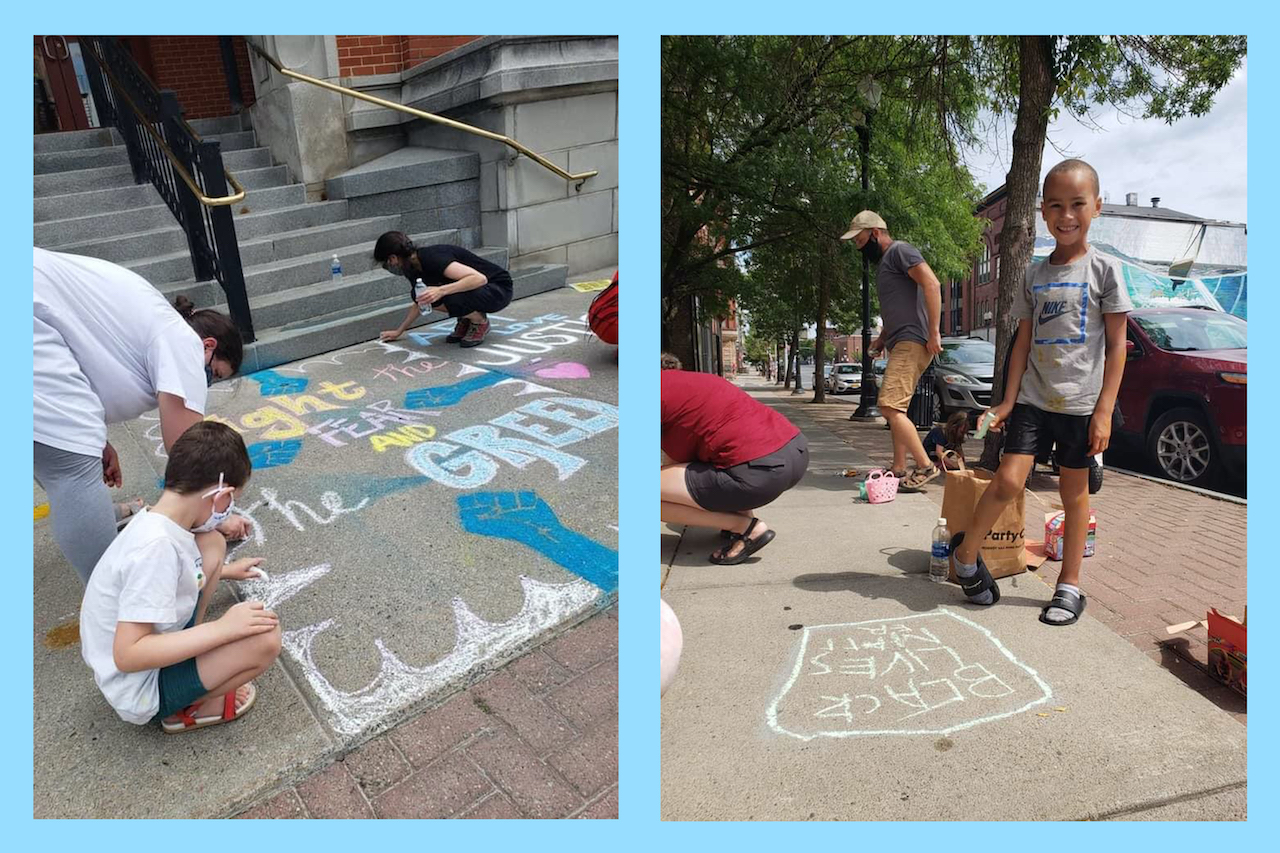 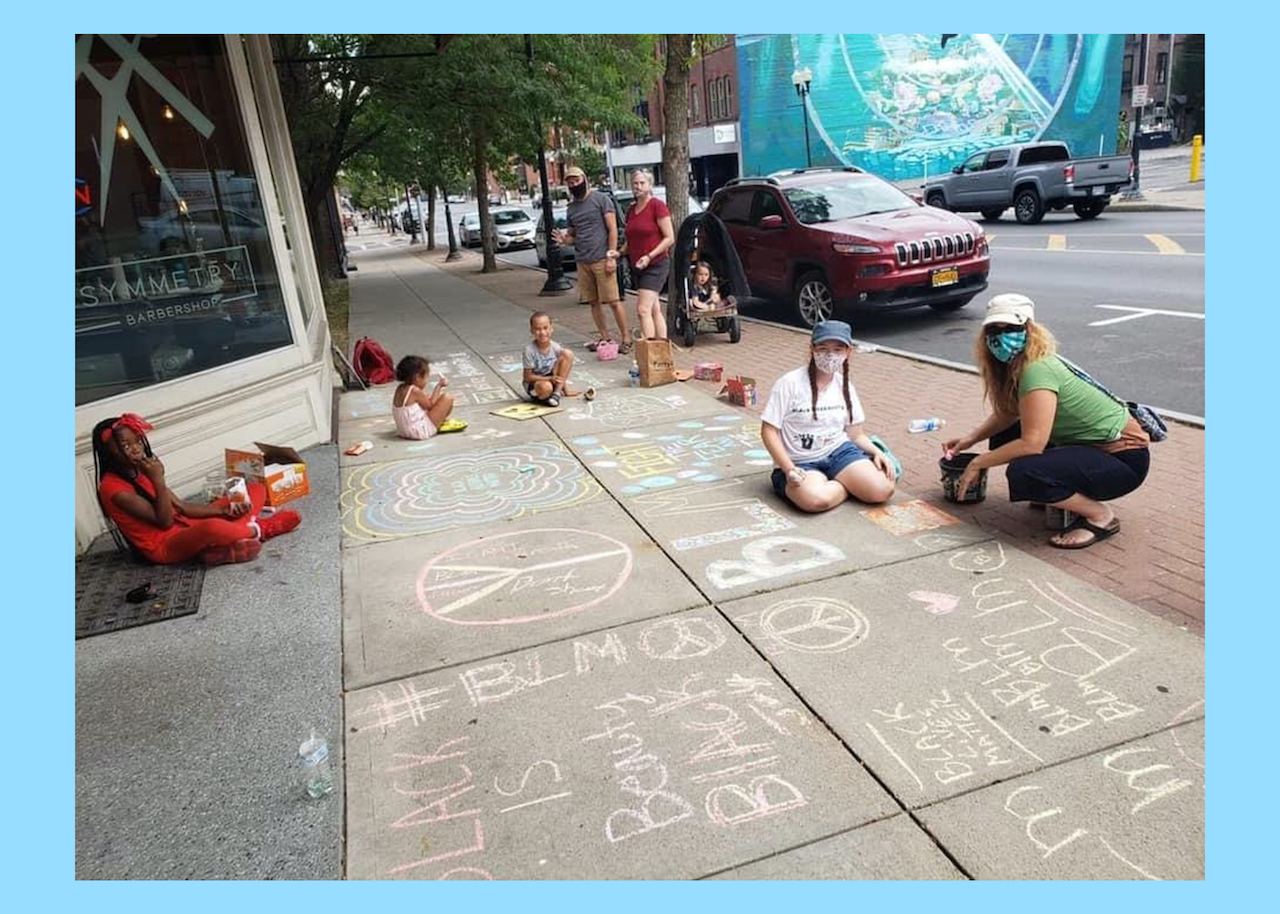 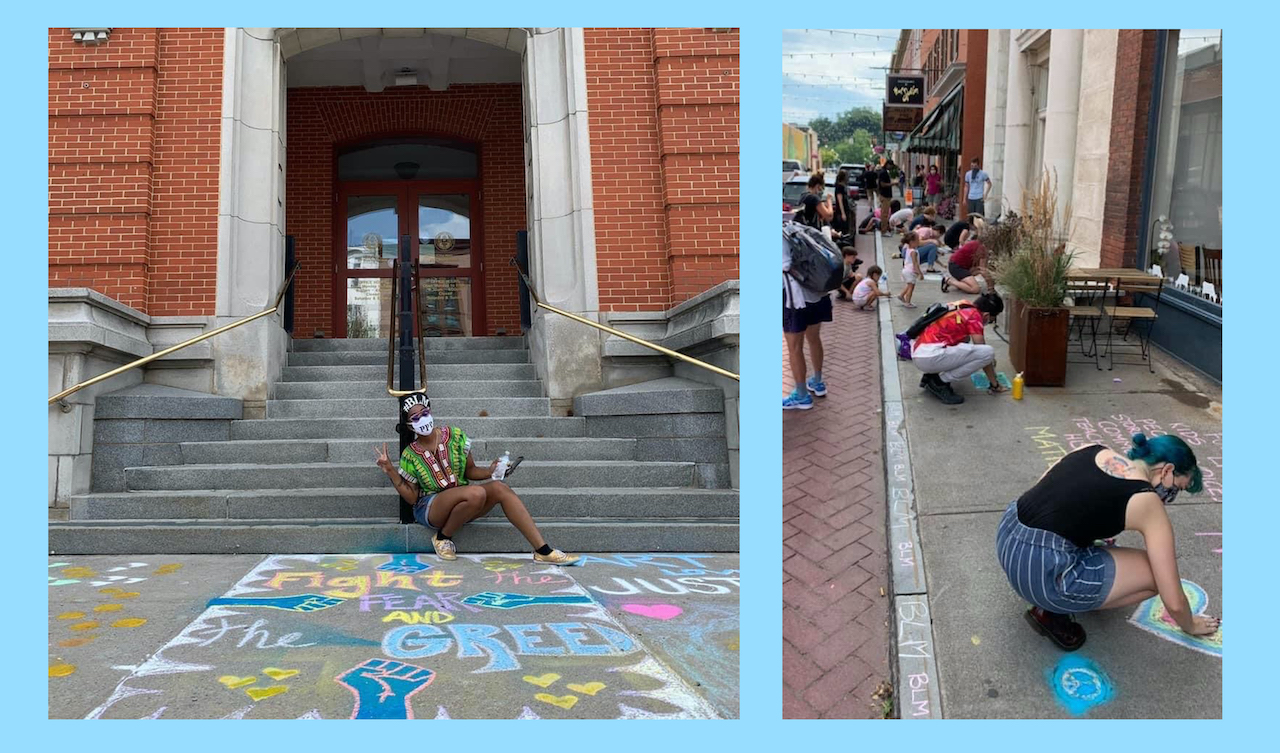 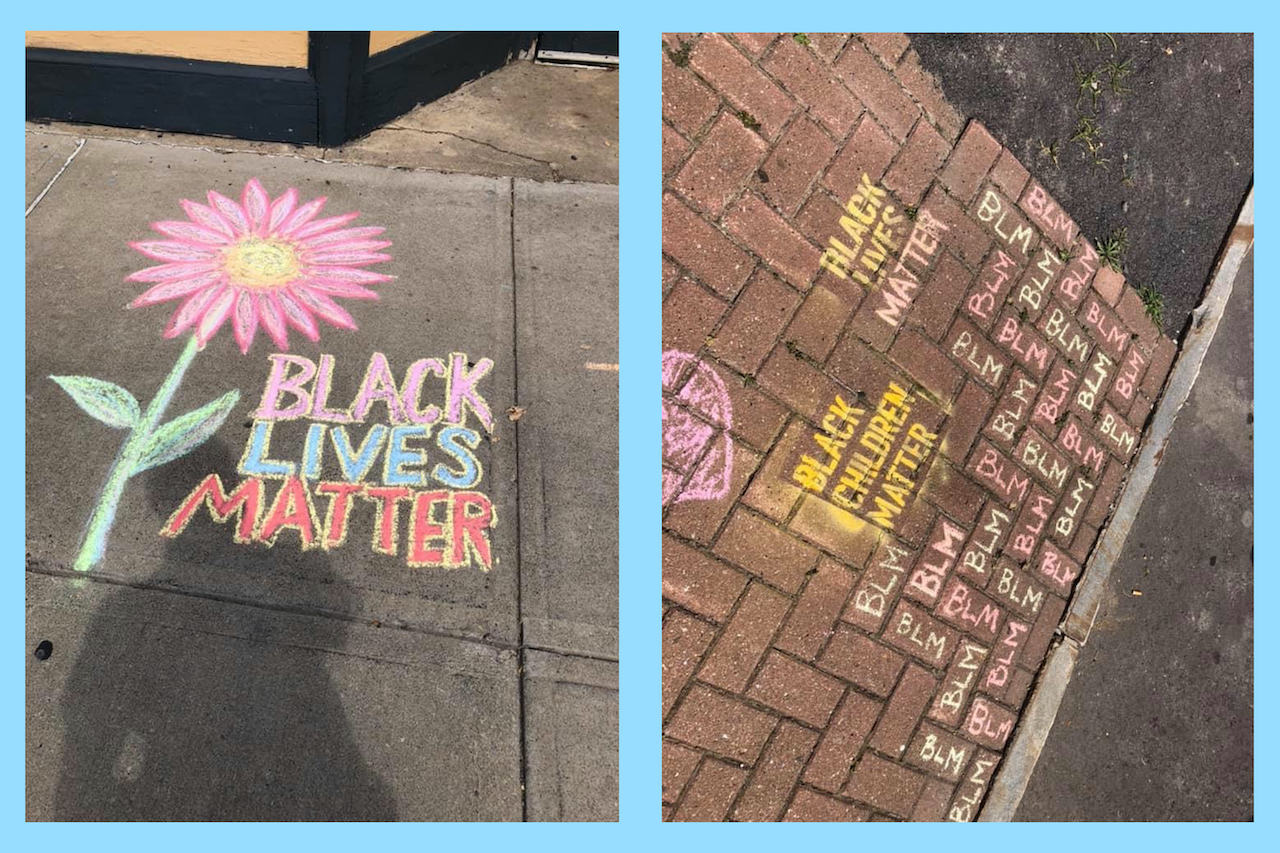