Women skydivers took to the skies above Seneca Falls on Saturday morning to commemorate the 100th anniversary of women’s right to vote in the U.S.

The Highlight Pro Skydiving Team performed the first of its kind aerial display near the National Women’s Hall of Fame on the Seneca Falls Canal Harbor which was streamed live on their Facebook page. Check out the full webcast below. 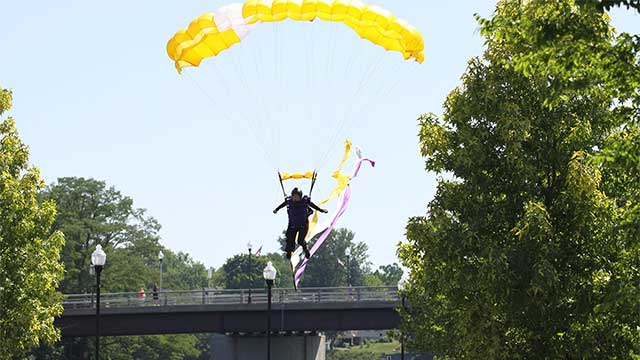 Click here for photos from the event by Greg Cotterill.

Click here for a full video report on the event at CNYCentral.com.

SENECA FALLS — Those who happened to look up at the skies above Seneca Falls around 11 a.m. Saturday may have noticed an unusual sight: four woman soaring through the air to honor the centennial of women's suffrage in the… https://t.co/x9Euov8mFj