On Sunday at approximately 1:16 p.m. the Bristol and Cheshire Fire Departments were dispatched to a report of a Garage fire at 1900 County Road 2.

Initial arriving firefighters reported a fire within an attached Garage and requested the 2nd Alarm Departments.

The owner called the Ontario County E-911 Center who reported the Garage on fire, according to officials.

The Bristol Fire Department was assisted on-scene by the following: Cheshire, East Bloomfield-Holcomb and Victor Fire Departments; and Canandaigua Ambulance.

No injuries to firefighters were reported. The fire was placed Under Control at 13:45 by Bristol FD Incident Command.

The two-story residential structure with attached Garage sustained moderate fire damage to the Garage and contents. The structures and vehicles are insured.

The fire remains under investigation by the Bristol FD and the Ontario County Fire Coordinator. Preliminary results of the Origin & Cause Fire Investigation indicate the fire originated on the exterior of the Garage and related to the careless discard of smoking materials. The investigation is ongoing. 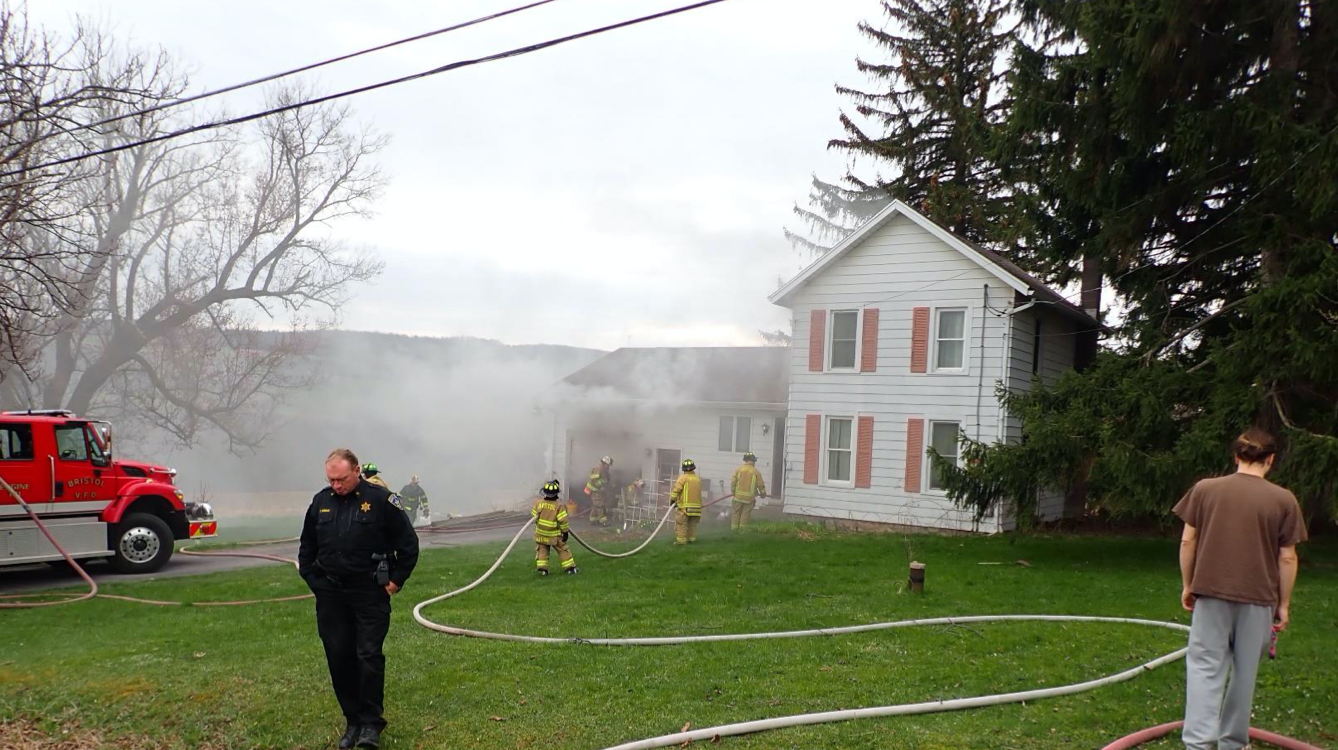 Editor’s Note: An earlier version of this story included a different photo, which was not from today’s scene. The photo was part of Ontario County Emergency Management’s press release. They have since updated with the corrected photo, attached above.