The Lyons Lions captured their school’s 20th sectional title, 2nd most in all of Section V, with a 46-45 win over the Perry Yellow Jackets on Friday night at the Blue Cross Arena.

Despite being outscored 18-8 in the third quarter, Lyons used strong defense down the stretch and held Perry to just five points in the fourth quarter.

Following the conclusion of the game, Horace Betts, Ahmir James and JC Walker from Lyons were named to the Class C2 All-Tournament Team. Also, Betts was named the tournament’s Most Valuable Player.

All three had double figures. Betts scored a team-high 15 points followed by Walker’s 12 and 11 from  James. Senior Benji Kemp and sophomore Jaylen Battle rounded out the scoring for Lyons with four points apiece. 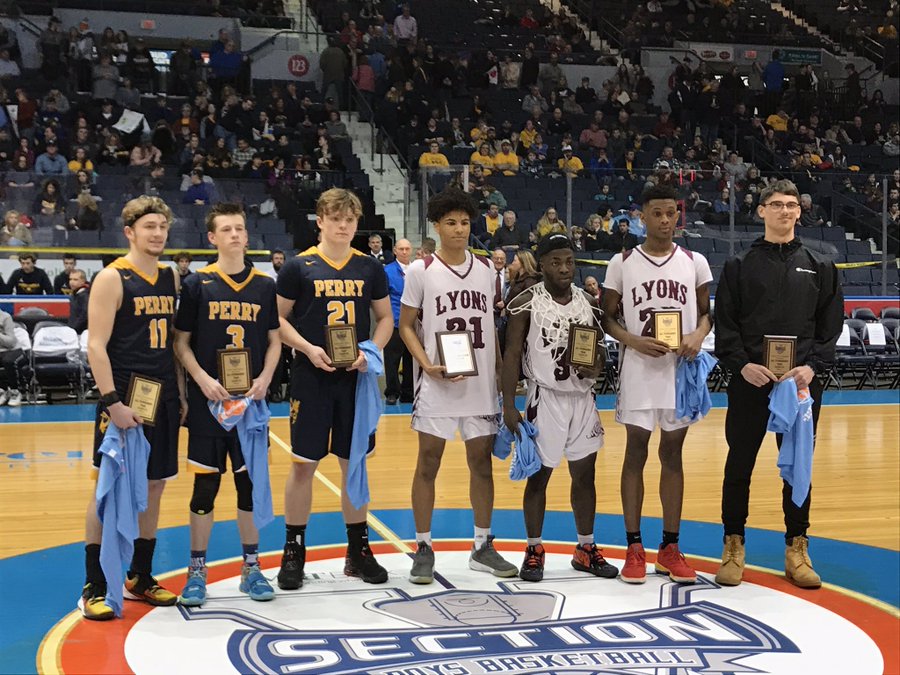 Final: 46-45 Lyons. The Lions are champions again in a thriller. @PickinSplinters pic.twitter.com/kXENUdT0gT