Special committee will be formed to consider sharing sales tax

The debate about sharing sales tax revenue received a shot of life at Tuesday’s meeting of the Government Operations Committee.

The Seneca County Board of Supervisors has long-wrestled with the concept of sharing sales tax revenue with towns and villages.

Supervisor Kyle Barnhart, of Lodi, was a man on a mission when he introduced the topic under new business. It was a measure that hadn’t been discussed since March 2017. 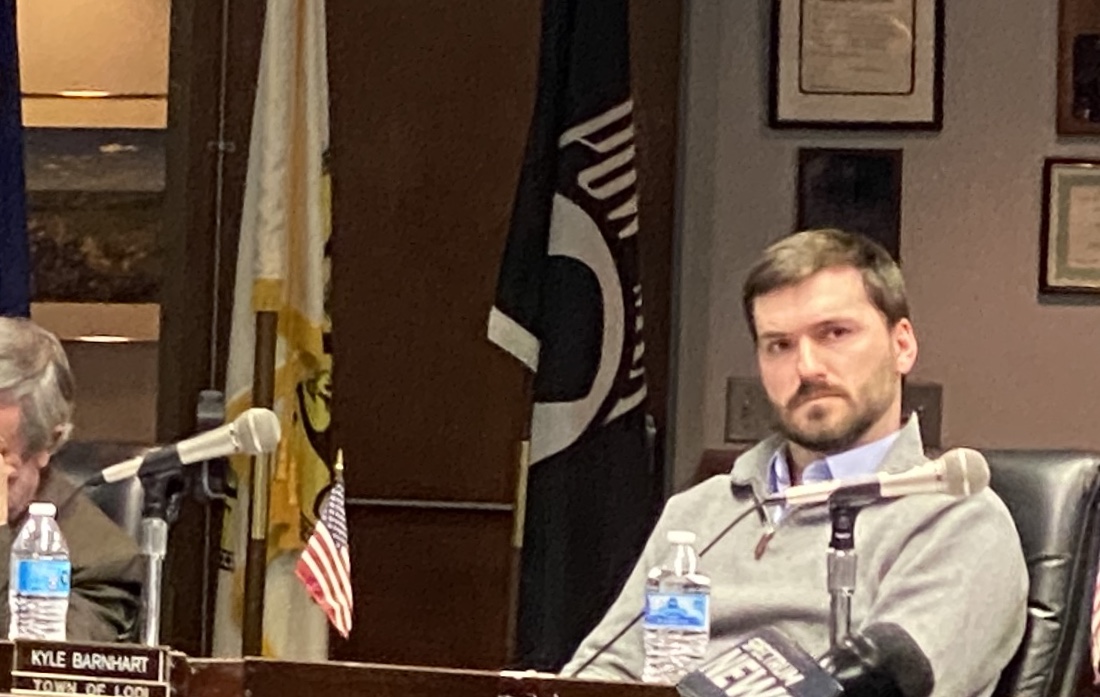 Supervisor Kyle Barnhart at Tuesday’s committee sessions, which was kicked off with an update from members of the Cayuga Nation who saw their property destroyed over the weekend. Photo by Josh Durso, FingerLakes1.com.

“At that time, this committee deferred to the recommendation of the Special Sales Tax Sharing Committee,” he said, setting the stage for that committee to make a return. “That recommendation was to wait to see the growth in county sales tax collected as a result of the del Lago Casino and other economic growth.”

A special committee will be formed to address the matter. Board Chairman Bob Hayssen, of Varick, affirmed that he supported the formation of a committee to address it, but asked both majority and minority leaders if they had a preference. There was none.

At the time of the initial debate in 2016, supervisors wrestled with a core dilemma: Who is best able to spend those funds on behalf of taxpayers? Depending on who was asked, the answer was either towns and villages, or Seneca County.

However, there are a lot of new faces at the table. There’s been significant turnover at the Board of Supervisors-level, and County Manager Mitch Rowe was not around for the first debate.

Former County Manager John Sheppard was among the critics of the sales tax sharing plan. His position, was that Seneca County was already too heavily reliant on sales tax to stabilize the tax rate for taxpayers.

Chairman Hayssen said that he would announce committee members at a later date.