Victor Olofsson made his return to the Buffalo Sabres lineup and scored twice including the overtime winner in Buffalo’s 4-3 victory over the Columbus Blue Jackets on Thursday at KeyBank Center.

Olofsson claimed full possession of second place among rookie goal scorers with his 17th and 18th markers of the season. The overtime goal was the first of his career. He had missed the past 15 games with a lower-body injury. 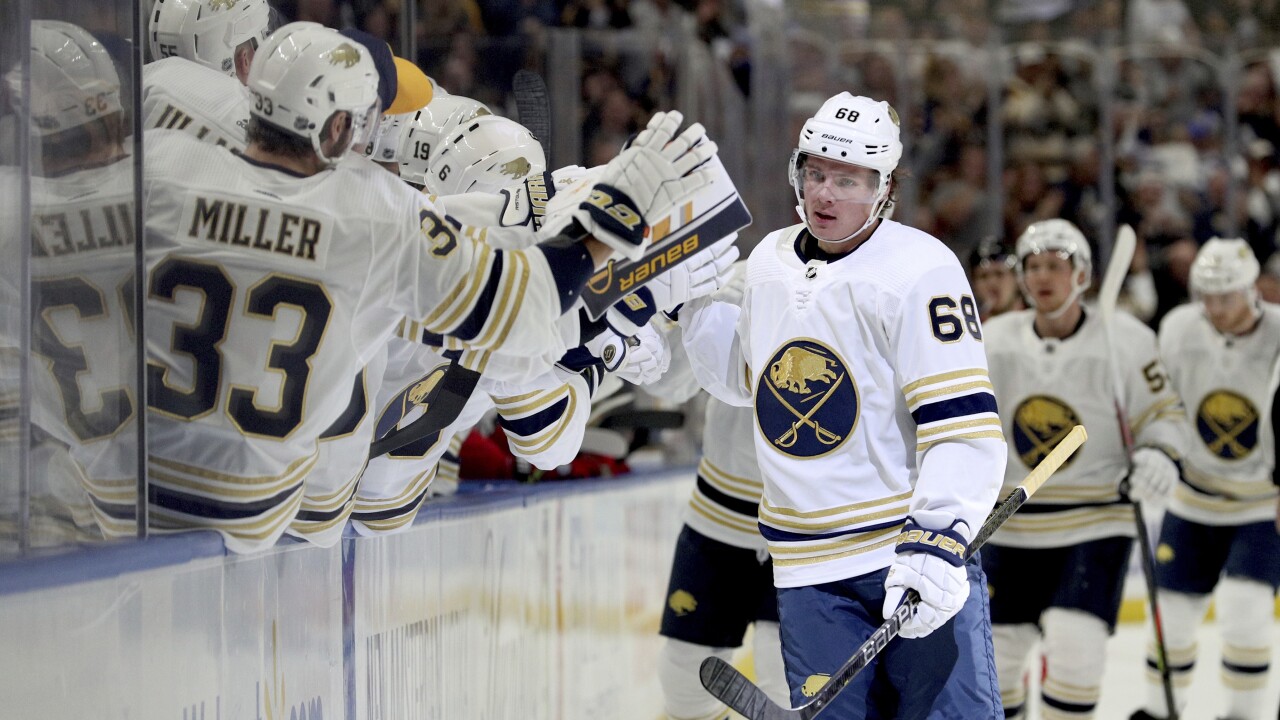 Evan Rodrigues also scored for Buffalo. Carter Hutton made 28 saves and picked up an assist on Rodrigues’ late game-tying goal.

As part of their Golden Season festivities, the Sabres celebrated 2000s Night and welcomed back over a dozen alumni as well as former owner Tom Golisano, so the dramatics of the game were fitting of the era.