After building a 25-point lead in the first half, Syracuse cruised to its second consecutive Atlantic Coast Conference (ACC) victory over Boston College, 76-50, Wednesday night in the Carrier Dome. It was the 50th triumph for the Orange over the Eagles in 76 meetings between the teams. 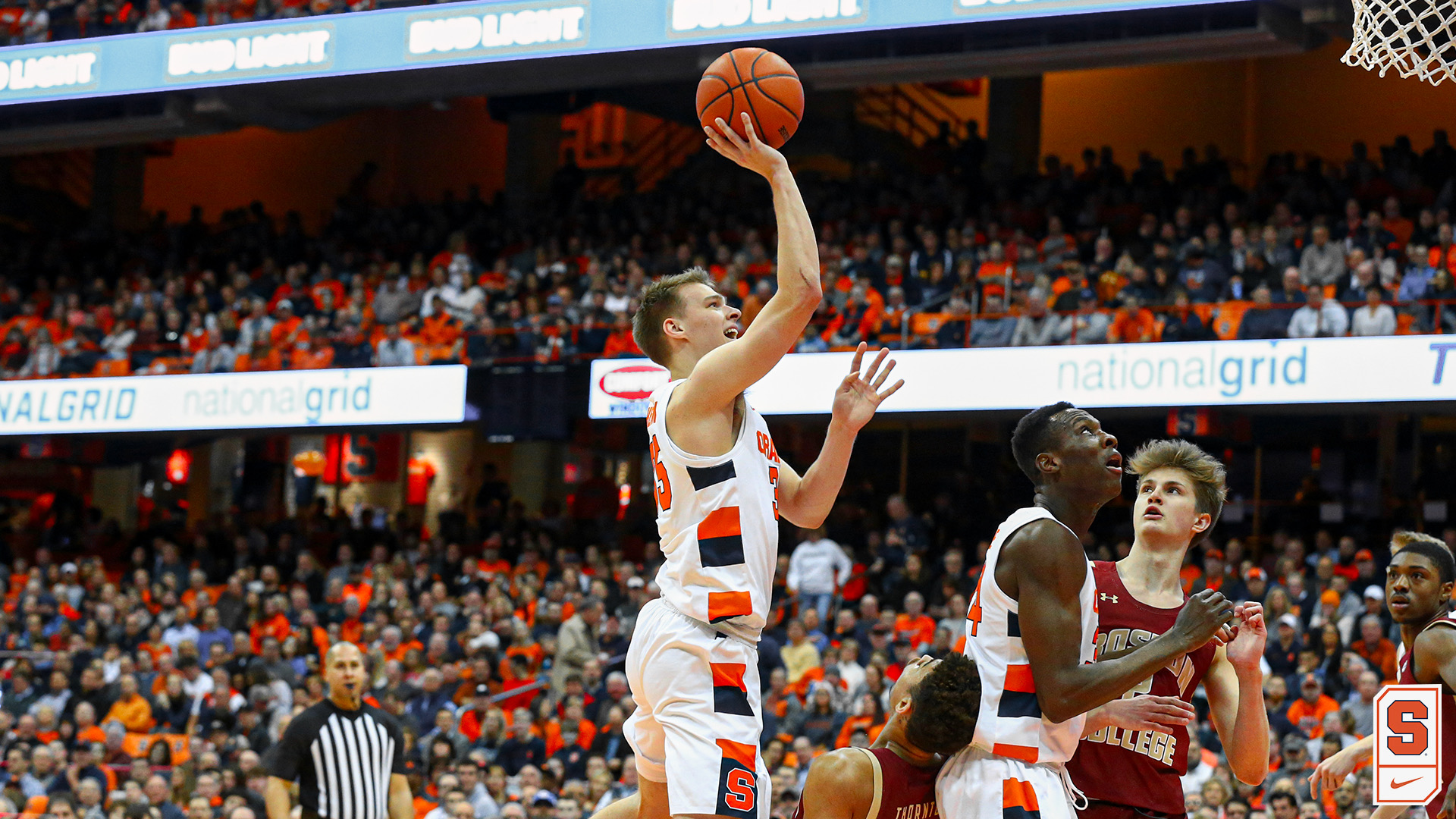 Buddy Boeheim led all players with 22 points on 9-of-17 shooting including a game-high four 3-pointers. Marek Dolezaj recorded his second double-double in his last four games with 10 points and 11 rebounds.

Syracuse, which is coming off its biggest win this season, is back in action in the Carrier Dome to host Boston College on Wednesday, Jan. 15. Tip-off is scheduled for 6:30 p.m.

The Orange are coming off a 63-55 overtime victory against defending national champion Virginia. Joseph Girard III (19), Elijah Hughes (18), and Buddy Boeheim (14) led the Orange in scoring. Nine of Boeheim’s points came in overtime, including his near half-court, banked-in three at the buzzer. Junior Marek Dolezaj led the team in assists with six to go along with 12 rebounds, which tie his career high. The win improved Syracuse’s record to 9-7 overall, including 2-3 in ACC play.

Boston College’s record fell to 9-7 after losing to Georgia Tech, 71-52 at home on Saturday. The Eagles enter Wednesday’s game with a 3-2 ACC mark.