McCarthy and Dean are the lone returners from the 2019 staff. 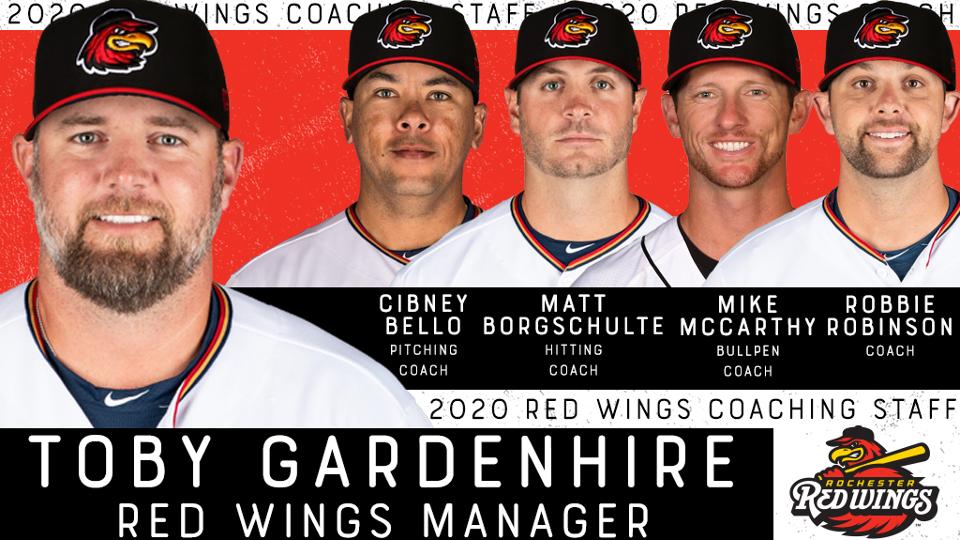 Gardenhire, 37, will be in his third season as a manager, serving the same role the past two seasons with Single-A Ft. Myers (2019) and Single-A Cedar Rapids (2018). He led both teams to playoff berths, though the 2019 Florida State League postseason was cancelled due to Hurricane Dorian. The Kernels swept the Midwest League first-round (2-0) vs. Beloit before being swept in the semifinals (2-0) vs. Peoria in 2018. Gardenhire served as the third base coach for the Red Wings in the first half of 2017 before finishing the year as hitting coach for the GCL Twins. He also assisted the GCL Twins in 2016. Prior to that, Gardenhire was the head coach at the University of Wisconsin-Stout from 2012-16. He enjoyed a seven-year professional career, all in the Twins organization, from 2005-11 that included parts of two years and 153 games with the Red Wings, batting .228/.276/.290 (111-for-486) with 15 doubles, five homers, 55 RBI, two stolen bases, and 44 runs scored for Rochester.