Jack Eichel extended his point streak to five games with a goal, but the Buffalo Sabres fell to the St. Louis Blues 5-1 on Thursday at Enterprise Center.

Linus Ullmark made 26 saves in net. Eichel finished the game with three shots on net and a team-high seven shot attempts. 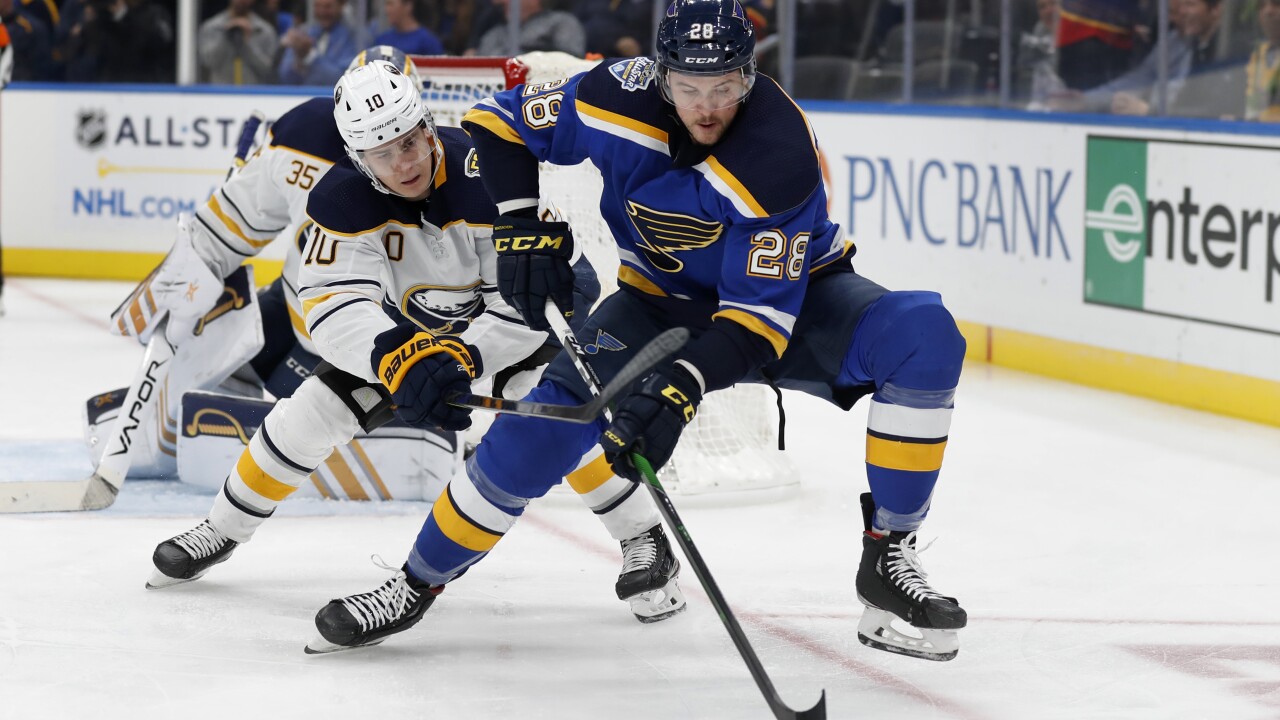 Eichel’s goal came with the Sabres down 2-1, but the Sabres were unable to cut down the deficit any more. Alexander Steen scored twice for St. Louis, including an empty net goal in the third period for his first two markers of the season.