New documents show that the investigators accused of failing to review cases in Ithaca over the last decade had filed a human rights complaint in 2019.

Ithaca city leaders say Christine Barksdale is the investigator who has been accused of failing to review cases for the past ten years, according to CNYCentral. The city notes that sex crimes have been among those not investigated fully.

Meanwhile, Barksdale filed a complaint with the New York State Division of Human Rights accusing now Deputy Chief John Joly of discrimination because she is a black woman. She alleges that she was subjected to a hostile work environment.

The subsequent investigation found no evidence of discrimination against her.

“I feel that we are right on our side and there certainly was absolutely nothing that had anything to do with race, gender, religion or anything like that,” Joly told CNYCentral.

Barksdale alleges Joly had an offensive tone in his emails that copied in then Chief Nayor.

“It’s unfortunate that this allegation was made, but I’m satisfied, I’m glad we were able to go through and clear it up and move on past it,” Joly said.

Ithaca Police Union President Eric Doane is defending an officer who is at the center of a decade-long list of failings. A report released earlier this week alleged that the Ithaca Police Department failed to investigate a long list of crimes over the last decade, many of which were sex crimes.

Police Union President Eric Doane has been with the Ithaca Police Department since 2005 and said he did not know this was coming out, according to CNYCentral.com.

“He’s trying to blame one of our members for work that allegedly didn’t get done. Well, that’s what happens when you understaff a police department,” Doane told CNYCentral.com. “The last decade we’ve seen cuts from 74 down to 65 funded positions within the department. We’re currently at 59 leaving several specialty service positions unoccupied.”

The Attorney General’s office, for its role in this matter, has determined that they do not have jurisdiction. The report concluded that no criminal actions occurred, therefore an investigation from the attorney’s generals office isn’t possible.

Doane added that some other officers have reached out about concerns regarding the situation in Ithaca. “They’re concerned about the larger situation. Not necessarily the allegations, but what else is going on so to speak,” Doane added. He says there is a discrepancy between how many crimes the city says went uninvestigated, and how many the department believes is correct. It’s a number that he thinks is less than 200 crimes.

Reports from CNYCentral and The Ithaca Voice both indicate that the officer at the center of the investigation is Investigator Christine Barksdale. However, that information has not yet been released by the city. In the initial statement from the Mayor’s office, Myrick said the City was seeking termination from the officer who led these efforts. 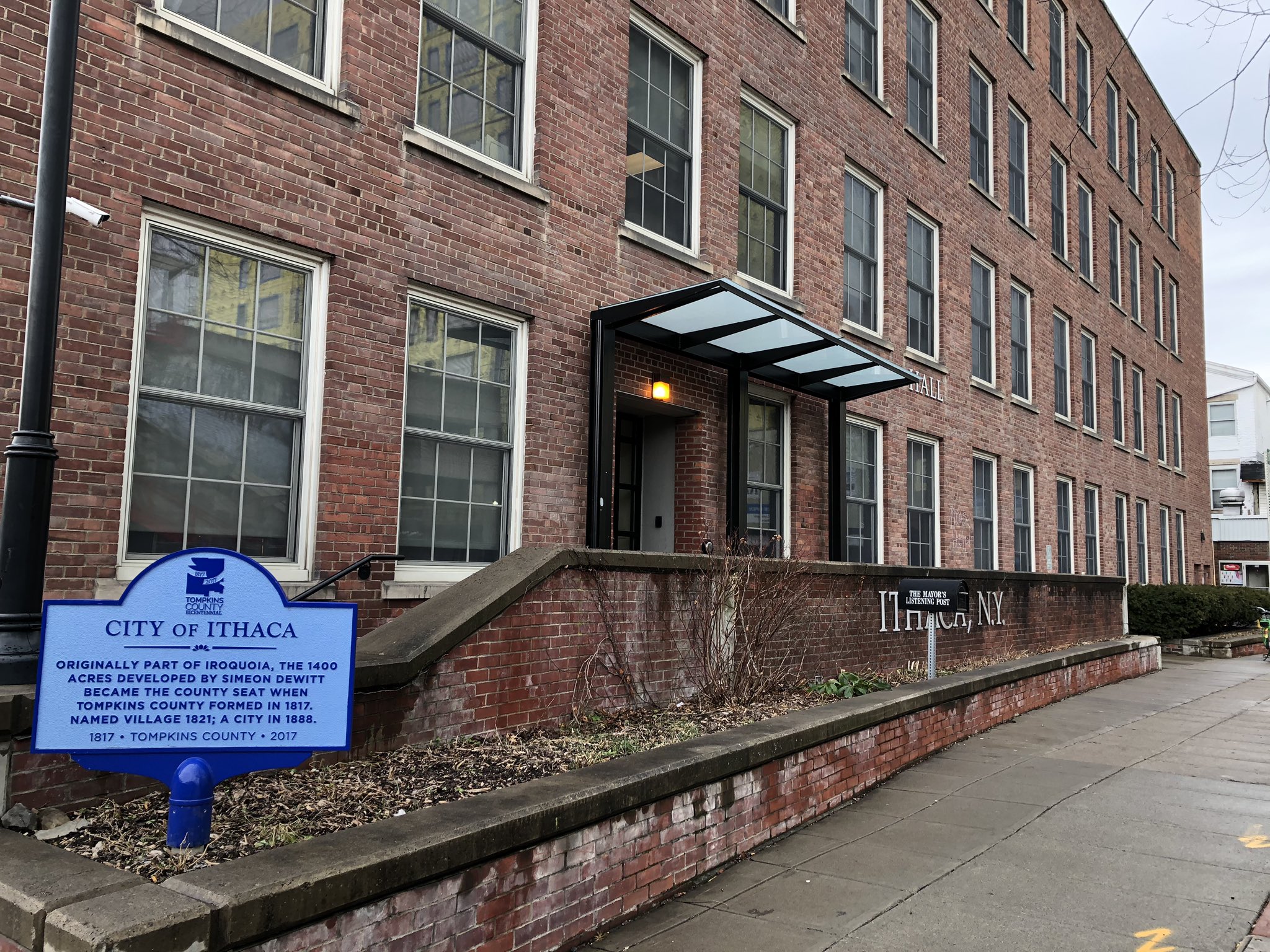 ‘DEEPLY TROUBLING’: Report finds that IPD failed to properly investigate a decade worth of cases

The Ithaca Police Department says it has learned of a ‘deeply troubling’ failure as it pertains to nearly a decade of cases investigated by the force.

It turns out that a number of cases were inadequately investigated, according to an admission by the city.

“Most heart-breaking amongst these inadequately-investigated cases is an array of reported sex offenses; the impacts of these investigatory failures were by definition deeply traumatic for victims who came to the IPD seeking help and justice, and found none,” the City said in a press release.

The Department has provided detailed records of what it called ‘failures’ to the District Attorney’s Office, as well as the Attorney General’s Office.

The City says that the Department is taking ‘appropriate action’ with respect to the officers involved in what it has identified as a failure. The City says it’s seeking the termination of the officer directly responsible for the failings.

“I am shocked and saddened by these revelations, which can easily erode public confidence in the IPD,” Mayor Myrick said. ” I do, however, draw encouragement from the confidence that I have in the IPD’s current leadership, including a new Chief, a new Deputy Chief for Professional Standards, and new policies established by new leadership in the Investigations Division, under which the IPD is proactively ensuring that a failure of this sort will never happen again.”

The City said in a press release that the following steps have been taken:

Additional information was not immediately available.