Syracuse bounces back with an 82-48 win over UMBC

Syracuse got back into the win column Sunday afternoon with a dominating 82-48 victory over UMBC in the Carrier Dome. Digna Strautmane and Teisha Hyman paced the Orange squad, scoring 17 and 16 points respectively. Amaya Finklea-Guity recorded back-to-back double figure games following up her 11-point outing at Michigan where she had 13 points. All in all, five total Orange broke the 10-point plateau. 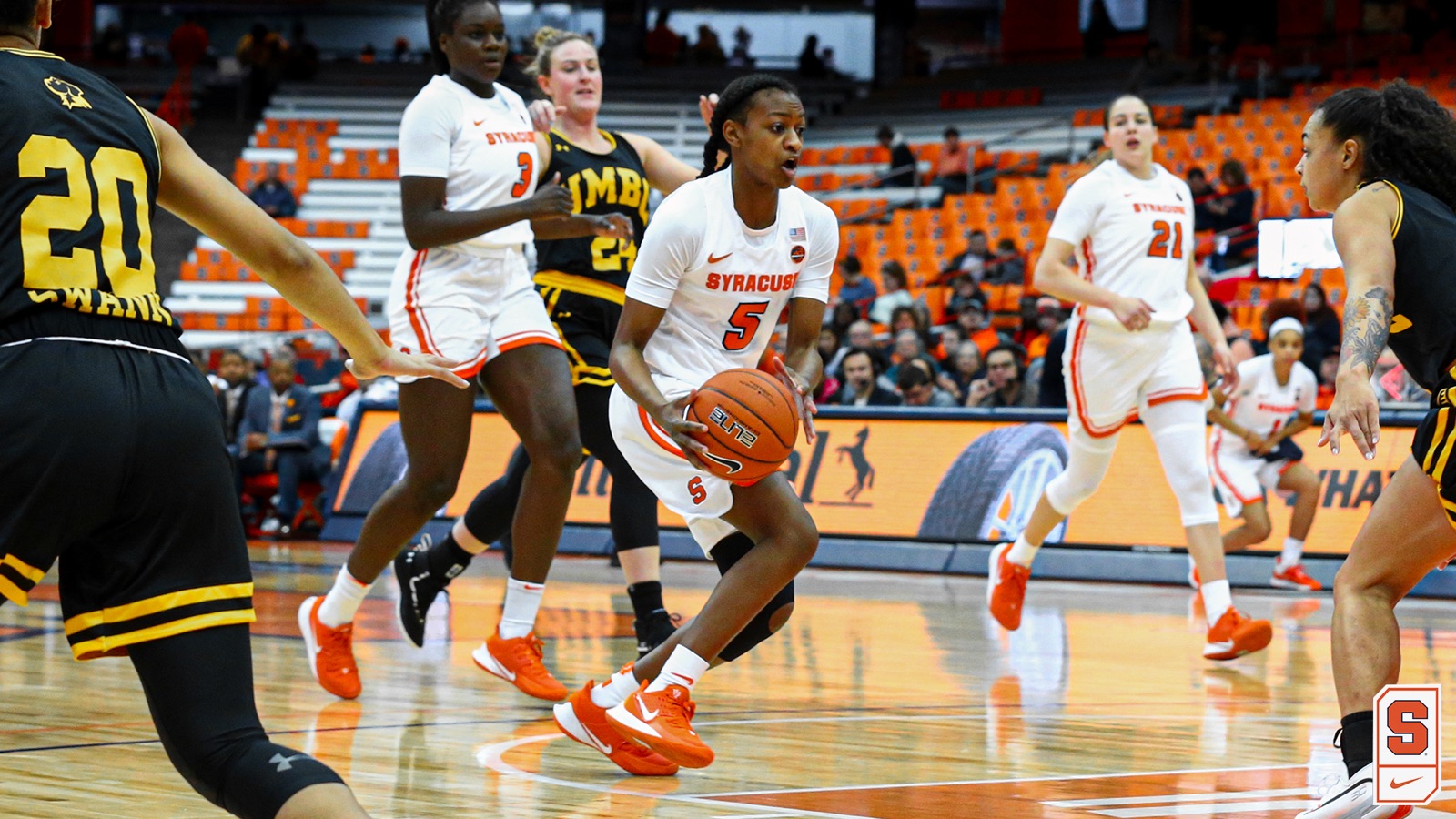 “It’s good to be home,” head coach Quentin Hillsman said. “We’ve been on the road for a long time. We’ve traveled 6,000 miles and played some tough games. I thought we got better, and we will be better for doing that. To get back home and play well, I’m really pleased by that. We got out of this game. We only had two turnovers in the second half, which is huge for us. We took care of the ball and got a shot every time we got down the court which was big. I thought Teisha was fantastic. She’s finally getting herself going, and she’s a really good player. Teisha is really a tough-tough guard in the half court. And when you get her playing downhill and playing off ball screens she’s going to be really tough and shooting the ball well. I thought overall it was a good effort by the team. The second half was fantastic.”