The Battle of the Boeheims became more than just an easy Syracuse win over Cornell on Wednesday.

In the annual Boeheim family feud between Syracuse and Cornell at the Carrier Dome, Jimmy Boeheim had the Big Red on the verge of an upset more than halfway through the second half of Wednesday’s game. 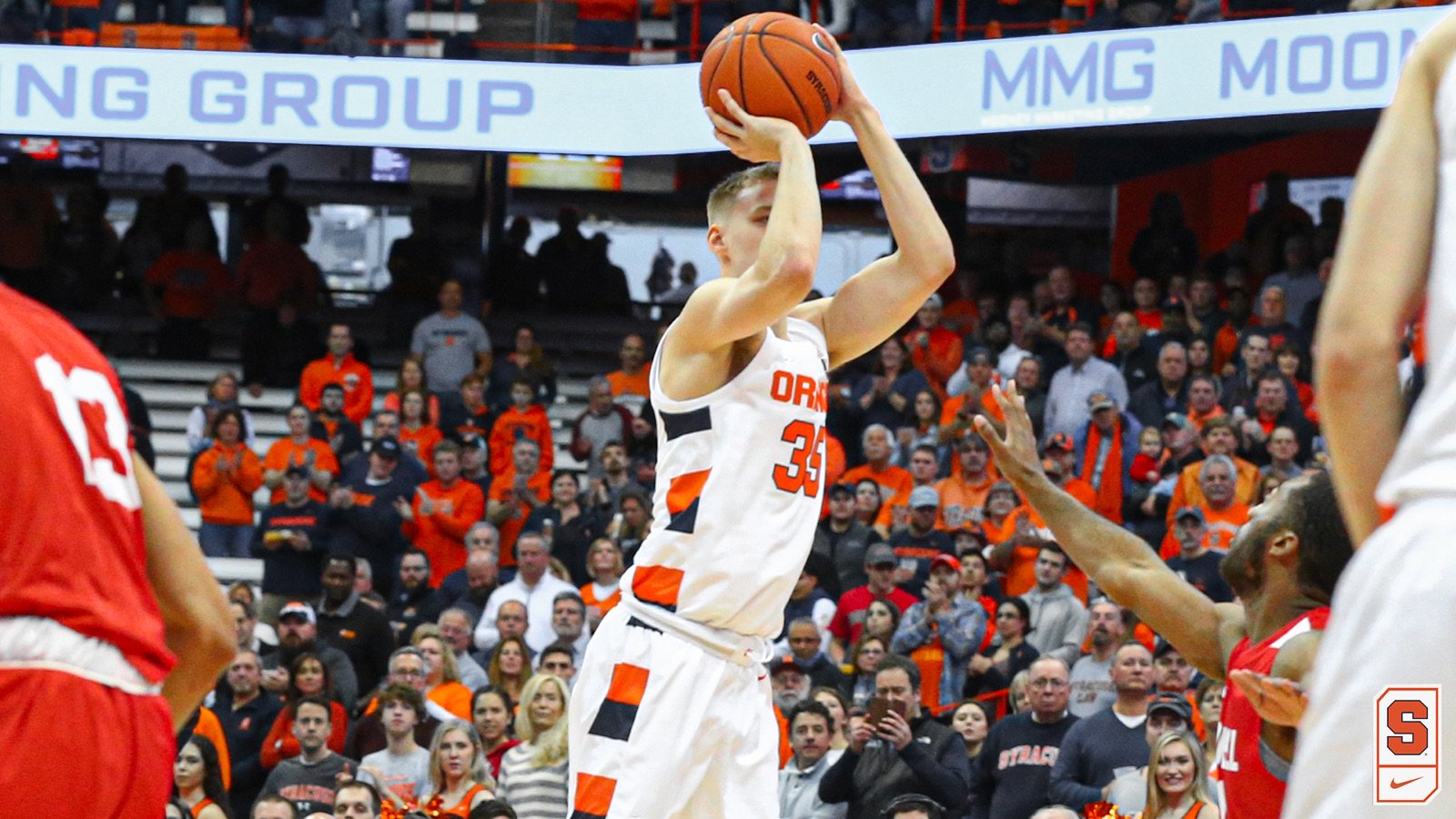 We're back in the Dome Saturday at noon vs. Bucknell pic.twitter.com/ChYwRIn5YU

Special night in the Dome. pic.twitter.com/grSNe3s7Ak

Valiant effort out of #Cornell tonight.

Jim Boeheim greets his son Jimmy, followed by the two brothers sharing a hug and a smile, after #Syracuse came away with tonight’s win over the Big Red. @CNYCentral pic.twitter.com/TvJbpGLpCf

Another familiar foe visits the Carrier Dome on Wednesday, Nov. 20 when Syracuse hosts Cornell at 7:30 p.m. The game marks the 125th meeting between the two schools.

SCOUTING THE BIG RED
After the starting the season with a win against Binghamton, Cornell has lost three games in a row. The Big Red is coming off a 75-54 setback at DePaul on Saturday.

Jimmy Boeheim leads a group of three players who average double figures in scoring, averaging 15.3 per game. That group also includes Terrance McBride (14.5 ppg.) and Josh Warren (10.5 ppg.). Warren leads the Big Red on the boards (7.3 rpg.) and in assists (16).

Special one in the Dome tonight. pic.twitter.com/PmuYN189CD