A three-goal second period and five different goal-scorers propelled the Rochester Americans (4-2-0-1) to a decisive 5-1 win over the Hershey Bears (4-3-1-0) in a battle between the American Hockey League’s cornerstone franchises Wednesday at The Blue Cross Arena. The matchup was the 459th all-time meeting between the league’s two oldest teams.

With their first two-point outings of the season, C.J. Smith (1+1) and Andrew Oglevie  (0+2) helped the Amerks push their home point streak to three games as they improved to 2-0-0-1 at The Blue Cross Arena. 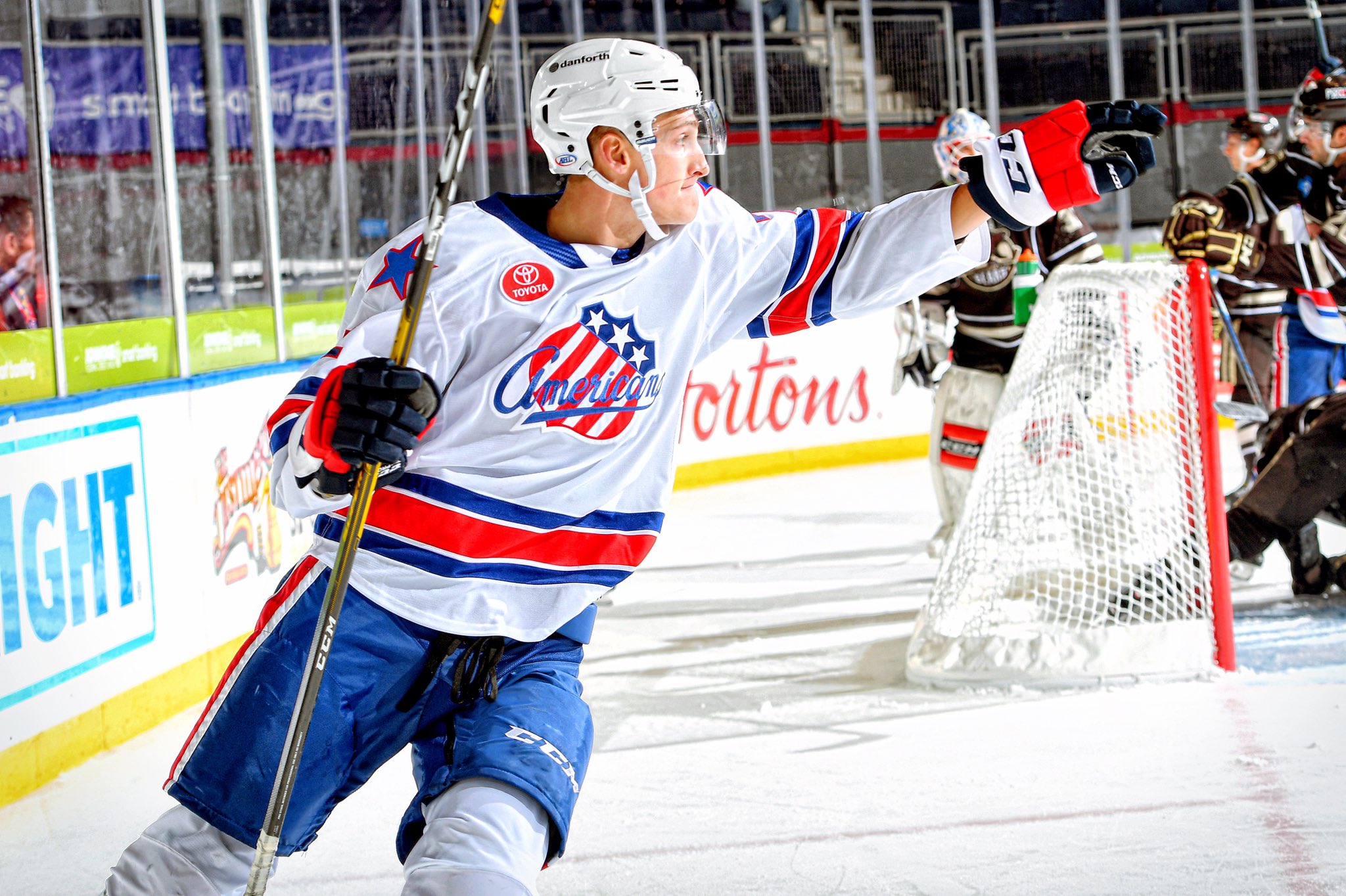 Kevin Porter and Scott Wilson both tallied a goal while rookie forward Brett Murray added his first professional marker to close out the scoring. Netminder Jonas Johansson (1-1-0) nearly had his first AHL shutout, stopping 19 of the 20 shots he faced on the night to earn his first victory of the campaign.

That pass ? That shot ? pic.twitter.com/E8155zfcxn

Drop a ? below to congratulate @brettmurrayy on his first Pro goal tonight!! ? pic.twitter.com/2SlBDL5Rrl