The 39-year-old left-hander was dropped from the Yankees’ AL Championship Series roster on Friday, a day after he dislocated a joint in his pitching shoulder during the eighth inning of New York’s Game 4 loss to Houston.

Sabathia was replaced by right-hander Ben Heller. New York trailed 3-1 in the best-of-seven series, and even if the Yankees and advanced Sabathia would not be eligible to return to the active roster. 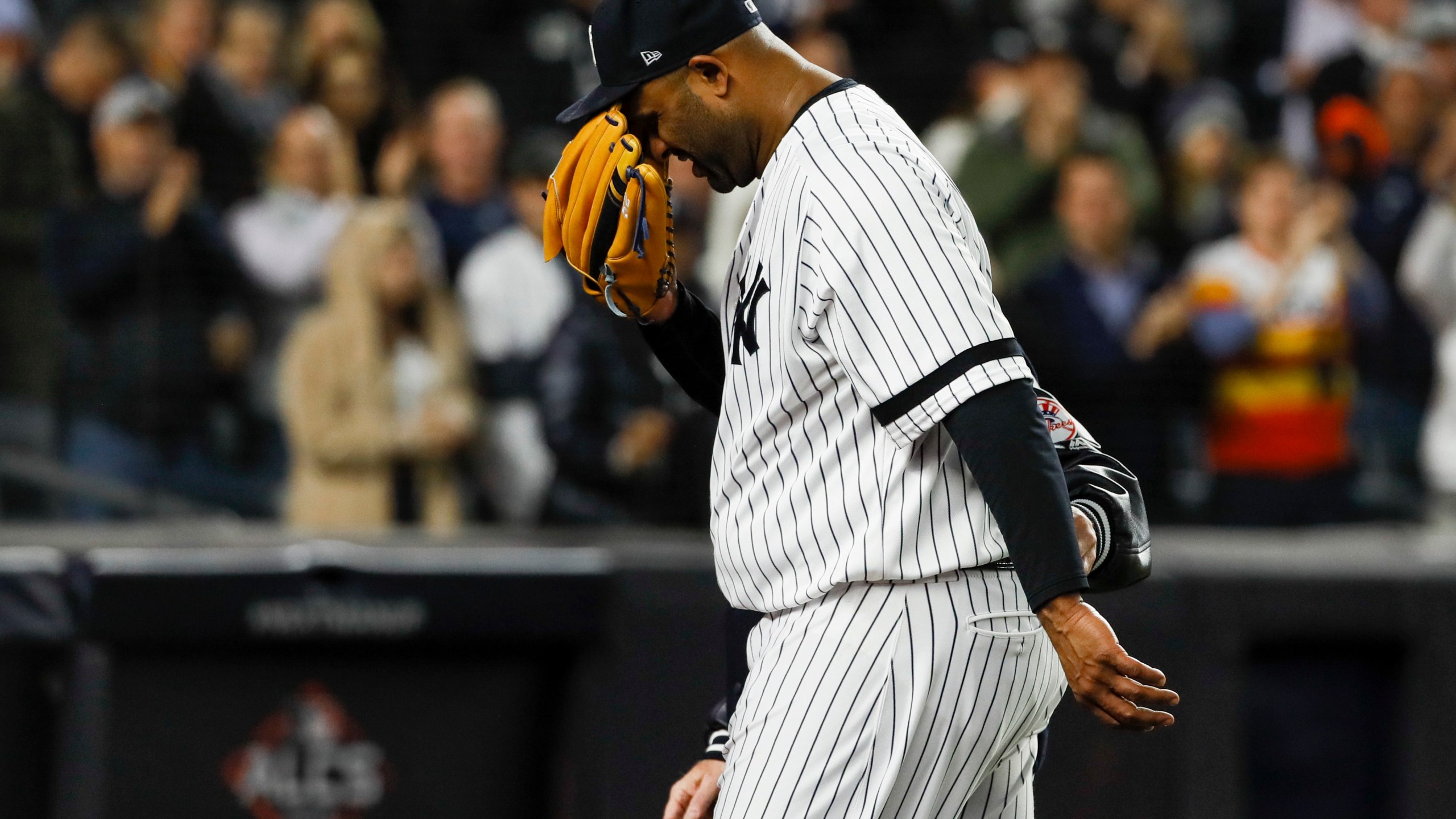 A six-time All-Star and the 2007 AL Cy Young Award winner with Cleveland, Sabathia finished with a 251-161 regular-season record with 3,093 strikeouts. He announced before the season that this was going to be his last year, and he made four trips to the injured list caused by his balky right knee.