Bills improve to 5-1 with win over Dolphins (full coverage)

The Buffalo Bills, for one half, looked like they might be the “same old Bills” to trigger a letdown by losing to the winless Miami Dolphins. Instead, cheered by their fans, the Bills rallied to score 15 unanswered points, held off their division foes, and took the win, 31-21.

It was Tre Day at New Era Field.

Cornerback Tre’Davious White came through when the Buffalo Bills needed him most Sunday. He intercepted old friend Ryan Fitzpatrick in the third quarter and forced a fumble in the fourth quarter. 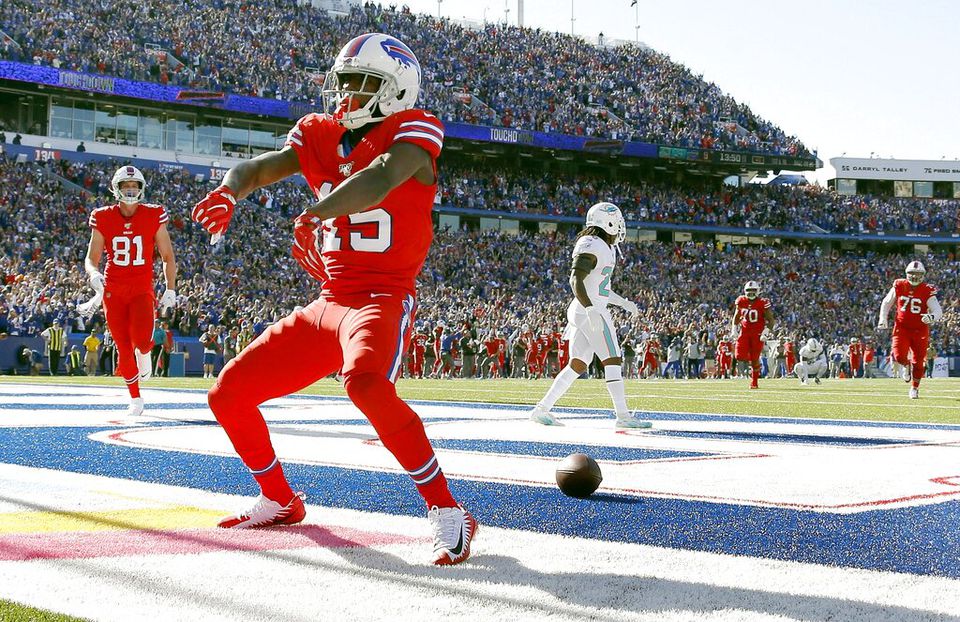 The Buffalo Bills are undefeated when Ed Oliver records a sack! #Bills pic.twitter.com/dqLMkclama

It is back to football after the bye week for the Buffalo Bills. Over the next three weeks, the Bills have a chance to solidify their status as bonafide playoff contenders.

This Sunday is the first of three straight games at home for Buffalo. And their next three opponents have a combined won-loss record of four wins and 13 losses. There’s a chance for the Bills to build up a head of steam starting this Sunday.