TORONTO — Randal Grichuk’s hot stretch at the plate kept rolling in Sunday’s 6-4 win at Rogers Centre over the Yankees, a team he’ll be looking forward to facing one last time next weekend in New York.

Grichuk launched two home runs, his 27th and 28th of the season, to extend his career high and put himself within striking distance of 30 with a dozen games remaining in the season. He loves Yankees pitching, too, with eight home runs against them in just 16 games. 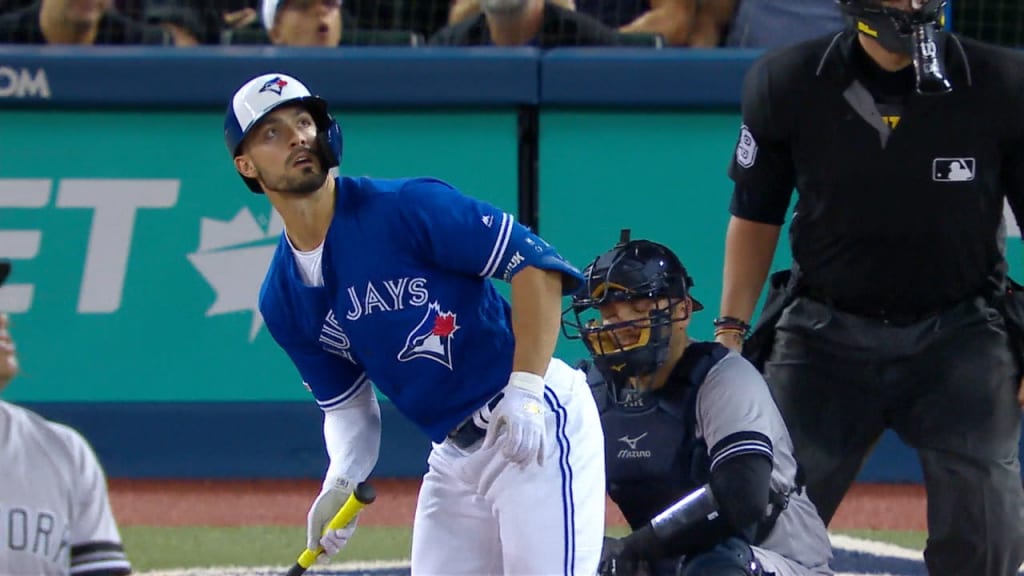 Grichuk tied things up in the bottom of the third inning with his first long ball of the night on a two-seam fastball that he barreled up and drove over the wall in right-centre field. Jump ahead to the sixth inning, and Grichuk broke that 3-3 tie with a three-run shot to left that scored Bo Bichette and Cavan Biggio.