Doubledays 2-hit by Williamsport on Wednesday night at Falcon

With two outs in the bottom of the ninth inning, the crowd at Falcon Park erupted as Jeremy Ydens poked a soft line drive into left field for a hit. The Doubledays were still trailing and nothing particularly big happened on the bases, but Ydens’ bloop single erased what would have been the second one-hitter thrown against the Doubledays in less than two weeks. 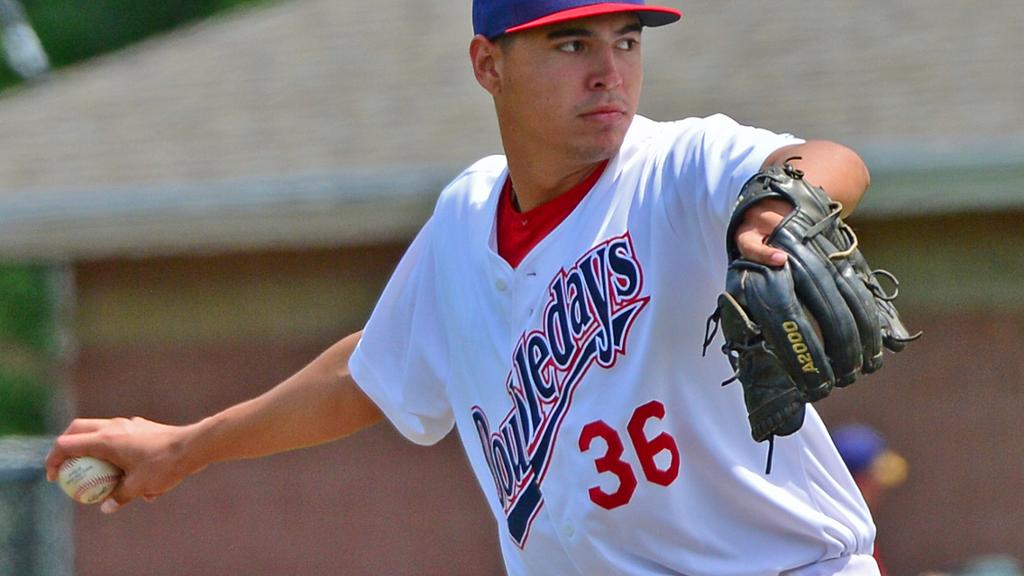 Auburn (21-36) dropped their series opener against the Crosscutters (22-36), 4-0, as Williamsport’s pitching completely dominated the Doubledays.

The Doubledays’ first hit was all the way in the bottom of the first inning when leadoff man Caldioli Sanfler singled off starter Erik Miller. That’s all Auburn would be able to get, however, as — other than a couple of walks, a hit-by-pitch, and a strikeout that ended up at first base — Miller navigated himself through five scoreless innings.

Junior Tejada, who was supposed to start the game, went the next three innings and was just as dominant. The lefty walked two but kept the Doubledays off the hit column to lower his ERA to 2.19 on the season.

Carlos Romero was solid in his start for the Doubledays, but unfortunately could not keep up with his competition. The six-foot-six righty allowed two runs in the fifth inning after recording two quick outs. Nate Fassnacht worked a walk to keep the inning alive, and reached third base on a Bryson Stott single. Stott stole second, and both runners on base came around to score on a double from Hunter Hearn.

The Crosscutters scored twice more in the sixth inning as Lucas Knowles took over the pitching duties for the Doubledays. The bases were quickly loaded after a walk, single, and a hit-by-pitch, which allowed D.J. Stewart to bring in a pair on an RBI single.

Jose Conopoima, despite giving up the second hit of the game, was nearly perfect over the game’s final two innings. He struck out three batters en route to the Crosscutters’ 4-0 win.

The Doubledays will be back in action against the Crosscutters on Thursday at 7 PM. Listen in on the action on FingerLakes1.com Radio.