The Auburn bats (21-33) came alive against the Black Bears (29-25) on Sunday. Coupled with two stellar performances on the mound from Evan Lee and Gilberto Chu, the Doubledays ran away with a 7-1 win in their series opener against West Virginia.

Lee’s longest outing for the Doubledays proved to be his most effective one yet. The reliever-turned-starting pitcher from Arkansas went five innings of one-run baseball and struck out six in his third start of the season. His first and only run in with danger came in the fourth inning when a two-out single came in to score following a steal of second and an RBI single from Ethan Paul. But at this point, the Doubledays already managed to score five runs. 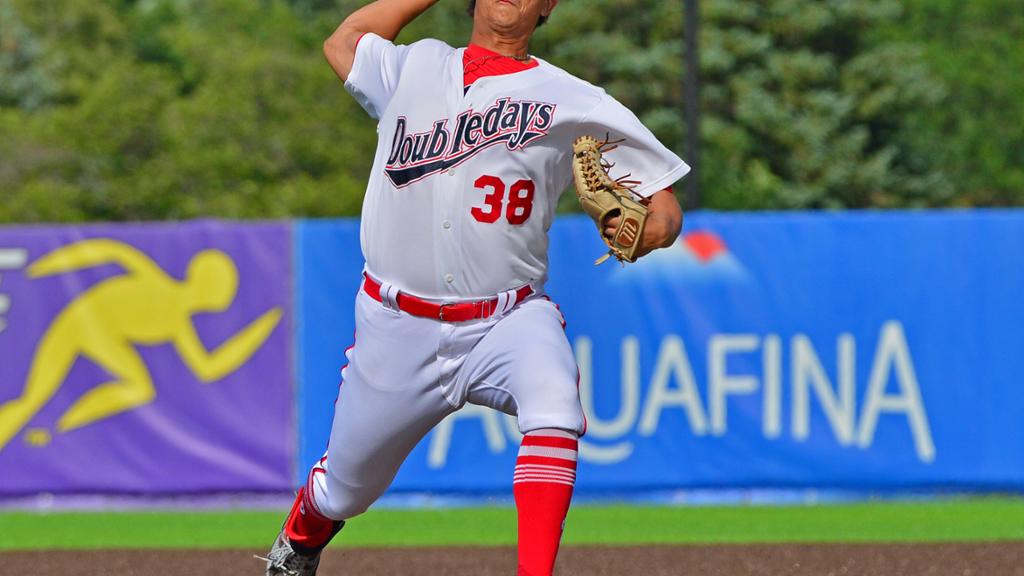 Auburn was held off the board for the first two innings but broke the 0-0 stalemate in the third. West Virginia starter Braxton Ashcraft loaded the bases with one out after Jose Sanchez — who needed to be removed from the game — was hit by a pitch. After the delay and J.T. Arruda replacing Sanchez on the basepaths, Jake Randa lined a single off the glove of second baseman Corey Wood to move everyone up 90 feet. Onix Vega finished off the scoring in the inning with a forceout to bring in Ricardo Mendez from third.

The Doubledays pounced on Ashcraft again in the fourth inning before he was finally pulled with two outs. Two runners came in to score when Jake Alu tripled to center field, and — after two quick outs — a third crossed the plate on a single to right field.

A two-run RBI single from Arruda in the sixth inning gave Auburn a commanding 7-1 lead before handing the ball over to Gilberto Chu. The Panamanian lefty dealt in his four innings of work, only allowing a run in the ninth inning to snap the Doubledays’ three game losing streak.

The Doubledays will be back in action Monday at 6:35 PM for Game 2 against the Black Bears and will return home to Falcon Park on Wednesday.