The New York Giants began their rookie mini-camp on Friday and on the roster provided to media members, former Syracuse quarterback Eric Dungey was reportedly listed as both a quarterback and a tight end.

Dungey’s official position designation was QB/TE, which seems to be an indication that the Giants are interested in seeing him at both positions.

NY Giants head coach Pat Shurmur today on Eric Dungey and his possible position change: “He’s a good football player and usually there’s a place on the field for guys that can play football. So, we’ll just keep working with him and see what happens.” pic.twitter.com/FN4GBOyB7d

Dungey was also listed as a member of the Giants’ 90-man roster after signing an undrafted free agent contract, a designation that traditionally comes with a signing bonus of some sort and makes it extremely likely he’ll get a full training camp with the team. 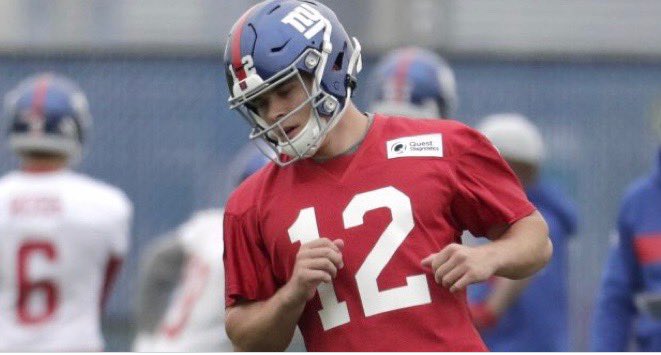