Battle had a game-high 23 points on his way to surpassing 1,500 in his career. His 1,505 points move him into 21st all-time at Syracuse. He passed Syracuse legends Louis Orr, Pearl Washington, Dennis DuVaul and Jason Hart during the contest. 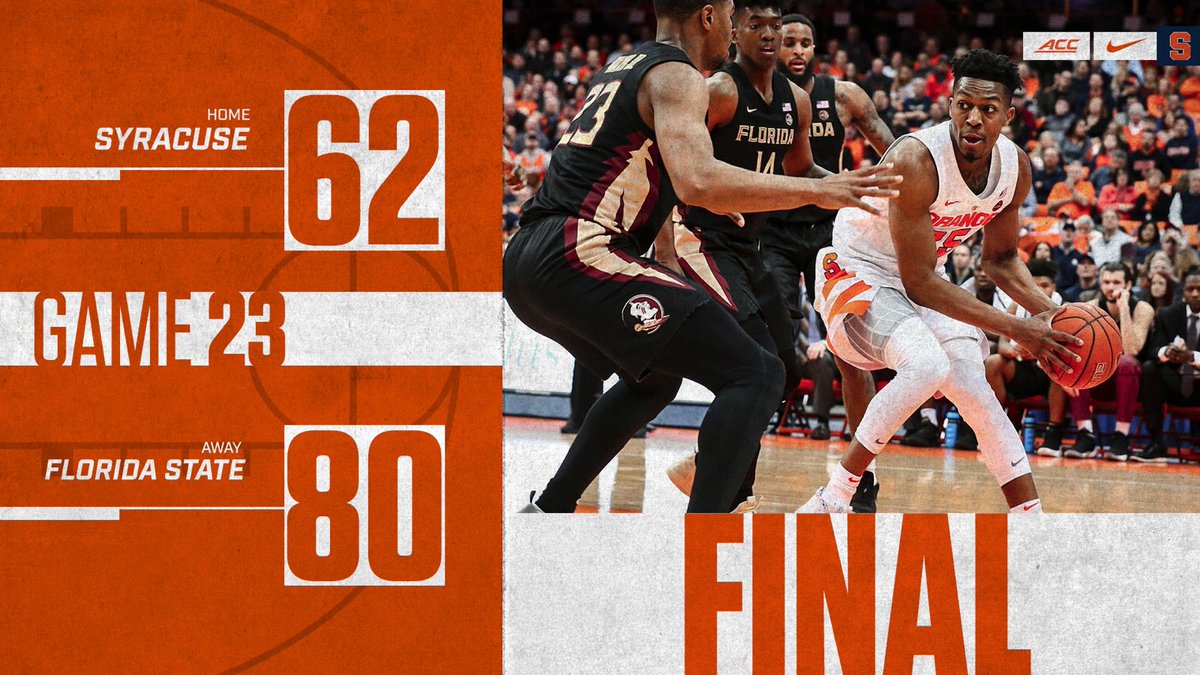 Brissett had 16 points and 12 rebounds, good for his second-straight double-double. Hughes put up 17 points for his 18th double-digit scoring game of the season. Buddy Boeheim rounded out the scoring for Syracuse with six points.

#Syracuse rides the wave of runs and ends up with a lopsided L vs. Florida State. Orange Overtime Extra w/ @NoahEagle15 & @Drewdle25:

? Pendulum from the jump
? The Noles neutralize Battle
? #LaxIsBack pic.twitter.com/BlBBjVh5EE

After winning two of three during its recent road stretch, rv/– Syracuse will play four of its next five in the Carrier Dome, starting Tuesday against No. 22/24 Florida State. The game will tip off at 8 p.m. Fans can watch the game on Raycom Sports (affiliates) and the Watch ESPN app. Live audio will also be available on the Syracuse IMG Radio Network.

Syracuse has now won five of its last six and nine of its last 11 contests after posting a 65-56 victory at Pittsburgh last Saturday. Sophomore Oshae Brissett led the way with his fifth double-double of the year and 17th of his career. He finished with 18 points and 12 rebounds. Brissett leads Syracuse and is tied for ninth in the ACC in rebounding, averaging 7.7 per game.

The Orange are now 16-6 overall and are in a three-way tie for fourth place in the ACC standings with a 7-2 conference record. Full preview at Cuse.com