Battle’s 31 points, 21 of which came in the second half, were just shy of his season-high 32 that came in the Orange’s overtime victory at then-No. 1 Duke. His 11-of-17 shooting performance was helped by a 4-of-8 look from 3-point range. Battle also contributed four rebounds and a game-high six assists. 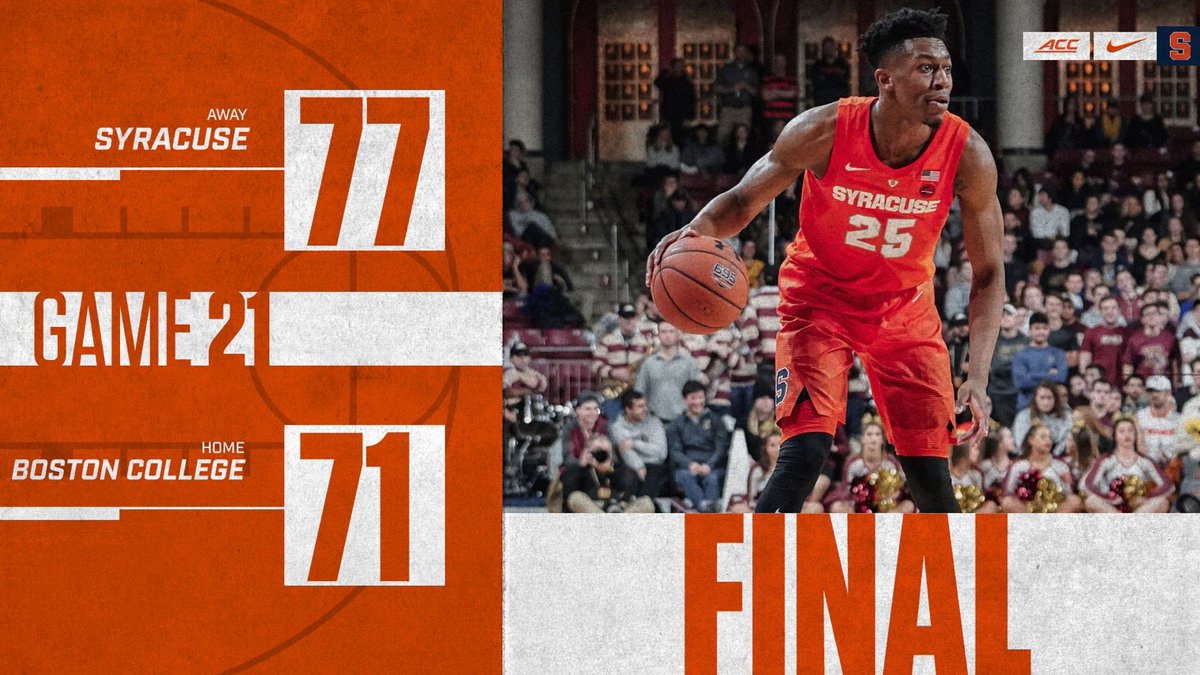 Buddy Boeheim reached double digit scoring figures for the third time in his last four games, with 13 against the Eagles. Boeheim’s shooting accuracy continued going 5-of-7 with three from behind the arc. Elijah Hughes put up 10 points and four rebounds.

The Eagles were led by a pair of 21-point performances from Ky Bowman and Jordan Chatman.