Home » Valentine's Day » Global wheat production: Will our food exports be impacted by the Russia-Ukraine conflict?

Global wheat production: Will our food exports be impacted by the Russia-Ukraine conflict?

Ukraine and Russia account for almost a quarter of global wheat production. 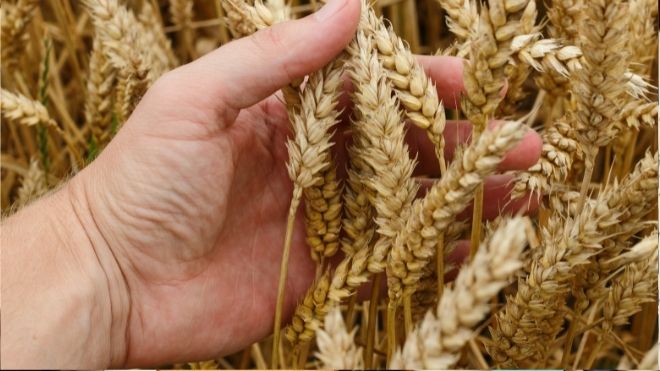 Will their conflict have an impact on food exports?

The Food and Agriculture Organization (FAO) estimated that before the Russian invasion of Ukraine the pandemic would’ve had a lasting impact on hunger. There are concerns that the war and the economic sanctions could impact the agricultural market. The conflict could lead to significant increases in hunger.

Before the war, Ukrainians paid up to 50% of their income on food. Food scarcity has been brought on by the war and has not helped to stabilize prices.

The war has international implications on food too. Food prices in Afghanistan, Ethiopia, Syria, and Yemen have all reached record highs. In turn, food insecurity is increasing too.


Housing Market: What will prices of houses be in 2023?

What is grown in Ukraine?

The main crops grown in Ukraine are: wheat, sunflower seed oil, cereals, and other agricultural products. In 2020, Ukraine was the 5th largest grain producer. With Russia, they are responsible for about a quarter of global wheat production.

The FAO estimates that a third of Ukraine’s crops and haven’t been harvested this year because of the war. There have also been fertilizer shortages from Russia. This could lead to shortages this year nd next. It would also mean that more people have to go hungry.

Farmers are paying four times as much for fertilizer because of the shortage. Russia is the largest fertilizer exporter in the world, so sanctions on them have sent prices up.