Home » Valentine's Day » College enrollment: Why are colleges struggling to get new students?

College enrollment: Why are colleges struggling to get new students?

College enrollment has been on the decline for years. The coronavirus pandemic, which made remote learning more common at colleges and universities across the United States, took its toll. 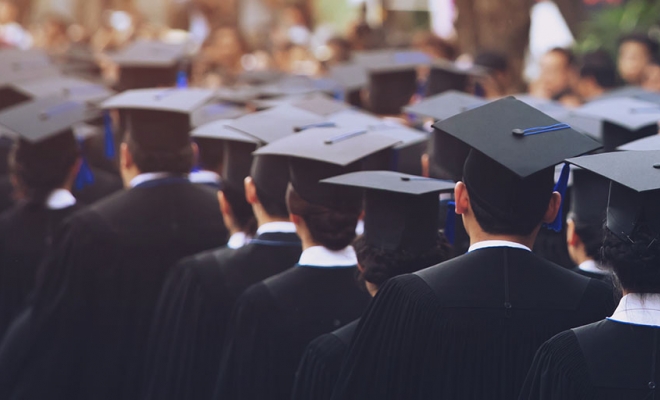 Hundreds of two- and four-year colleges saw major student enrollment declines between 2020 and 2022.

Enrollment in traditional undergraduate programs has been trending downward since around 2012.

Ryan Lufkin, Vice President of Product Marketing for Instructure, the makers of Canvas, says the pandemic turbocharged those enrollment losses. As result, higher education has been searching for a way to serve non-traditional students.

RELATED: Why is enrollment down at community colleges in New York?

How long have college enrollment issues been present?

Experts say issues have been around for almost 20 years.

The pandemic accelerated the trend that was happening for more than 10 years. “The decline in enrollment was exacerbated by the student debt crisis. That fueled a conversation around the long-term value of a college degree,” Lufkin explained. “Many students began looking for alternate paths to high paying jobs, and in some cases companies like Google are actively looking to circumvent the traditional college degree program.”

A report by the National Student Clearinghouse Research Center released data on the issue. They noted that a little more than 1 million fewer college students were enrolled in 2022 than before the pandemic.

It represents a drop of about 6.5% over the past two years. Researchers went all the way back to 2013 to find a decline that looked like the current losses.

Are there too many colleges and universities?

Luftkin says student enrollment decline data only paints part of the picture. “One thing that’s important to note is that the data around declining enrollment. It’s tracking Full Time Enrollment (FTE) in 2 and 4 year degree programs,” he added. “It’s not measuring the number of students enrolling in non-traditional certificate, boot-camp or other non-degree programs.”

Because of this, the data could be misleading.

Colleges closing and downsizing have been a major factor. Small private universities — like Wells College, in Aurora, New York — faced a hard situation during the pandemic. If students weren’t able to return in the Fall of 2021, the college would have had to shut down.

That didn’t happen, but dozens of other colleges and universities across the U.S. have closed in recent months.

What’s the best course of action for families with students?

Experts say families should think about what’s best for their students.

They should think about their children’s interests. They should then look into colleges and universities that offer programs of all shapes and sizes in those areas.