The Seneca Falls Operation of ITT Goulds Pumps is about to shift gears.

Due to intense domestic and international competition, the company has analyzed ways to reposition the Seneca Falls business to remain competitive.


With investments in lean manufacturing, machining, machine guarding, and upgrades to the SFO facilities, another adjustment could occur soon.

“We intend to wind down the Seneca Falls foundry over time and in line with the needs of the Goulds Pumps’ business and our people. We have not yet made any final decisions regarding the wind-down period or where the foundry work will move, but we anticipate that the transition could be accomplished in 24-36 months,” said Jared Miller of ITT Goulds.

“In order to make future operations at the foundry viable, the company would need to make substantial investments that cannot be justified given the lack of demand for cast iron products in the United States and the tremendous amount of available, low-cost capacity at major foundries abroad. At bottom, the foundry is substantially underutilized, and there is not a realistic path to change that – even with significant capital investments and repair expenses,” Miller continued.

Miller could not provide information regarding the number of people affected. 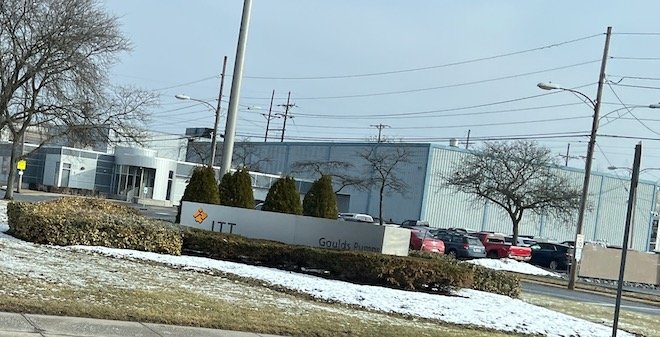 Town Supervisor Mike Ferrara stated, “Obviously, any loss of jobs is a major concern. Not only at ITT but in other area businesses. Hopefully, if the foundry is to close, those positions could be absorbed in other areas of the business.”

Miller said the company has no plans to close the Seneca Falls manufacturing facility. “During the next two or three years, we will do our best to retain and retrain as many impacted employees as possible because we need the talent to continue to grow the SFO business,” the statement continued.

Although the company stated it has no plans to close the Seneca Falls manufacturing facility, the news of the foundry closing does raise some concern for the town.


“The foundry is an integral part of their operation. What will be the ripple effect? The IDA is in contact with ITT, and we are looking at any and all options to assist in keeping the foundry open and maintaining the long-term success of ITT Gould’s Pumps in Seneca Falls,” Ferrara said of the news.

The Town is still weighing the potential impacts. Ferrara said he is unsure of its effects on the tax base at this point. “This is difficult to answer. ITT Gould’s Pumps has multiple properties. The foundry is not a separate building, but my guess, ITT would be looking for some type of adjustment,” Ferrara added. However, he doesn’t believe water and sewer rates will be impacted. At this early point though, that information remains under review.

According to the ITT Goulds Website, “The Foundry produces gray iron, ductile iron, and bronze castings for the Seneca Falls Operations (SFO) and other plants within Fluid Technology. The facility has core and mold making, melting heat treatment, and cleaning operations. A pattern shop and metal testing lab are also maintained to ensure complete process control and quality. Major investment to modernize the No-Bake molding operation was completed in 1999.”