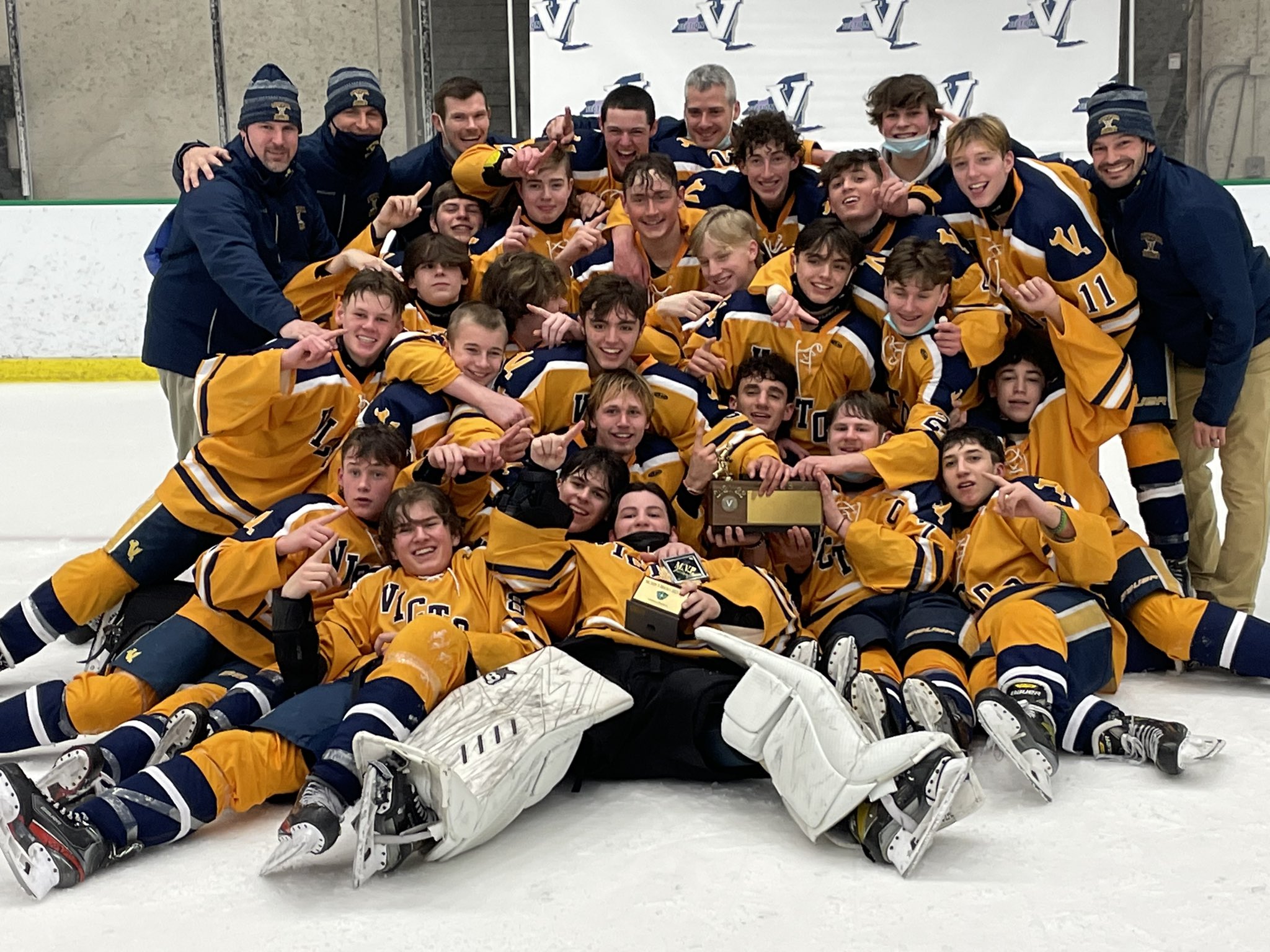 The Class A hockey championship between No. 1 Penfield and No. 2 Victor on Sunday evening at SUNY Brockport’s Tuttle Ice Arena was an instant classic.

The two teams were tied at two after regulation and still tied after four overtime periods. So, the teams were declared co-champions and a shootout was needed to determine which team would advance to the New York State tournament.


After three rounds of a shootout, Victor’s junior forward Jackson Guck scored the game-winner to send the Blue Devils to the state tournament next week.

Games like that is why you LOVE high school sports. Penfield left it all on the ice, either team could have won, flip of a coin (or puck). @victorhshockey moves on, congrats to both teams. Watch this instant classic back on the Varsity Media Sports Network! @SectionVHockey

WOW, Just WOW!!!
Champs and on to States!!! pic.twitter.com/EcxIp3TrQZ

Not the end result we wanted tonight but so much to be proud of! Most wins in season, divisional champions, Class A sectional title and countless laughs, bumps & bruises and forever memories. ❤️ to all that made it happen for our team. pic.twitter.com/pi713CGaCo

After 81 minutes of play and 98 shots on goal – 51 for Penfield, 47 for Victor — the score was still tied 2-2 on Sunday evening at SUNY Brockport’s Tuttle Ice Arena. @VictorBLDevils @victorhshockey Story Kevin O. https://t.co/wIDYCwv6LR

Congratulations to @victorhshockey as well as @NYSphshockey on not only one of the best high school sectional hockey games ever played but one of the BEST sectional GAMES ever played period!

Thanks @BlueDevils2k21 for showing up big last night. We needed your energy to carry us through an epic battle. Best student section in @SecVAthletics. https://t.co/TCNcep9vqV

Victors Max Pitts was named MVP, he was a beast in the goal! Congrats ? on your sectional title. @VictorCSD_Super @victorhshockey @VictorBLDevils pic.twitter.com/mp1YiReekK