New Yorkers feel a little better about the economy than they did a few months ago. That said, data shows that Upstate New Yorkers are not feeling as optimistic as the rest of the state.

Suggested:  If you are a brand new entrepreneur and you are thinking of starting a business in New York, it would be beneficial to learn key details about S Corps in New York, and how S Corp status can benefit your new business venture. 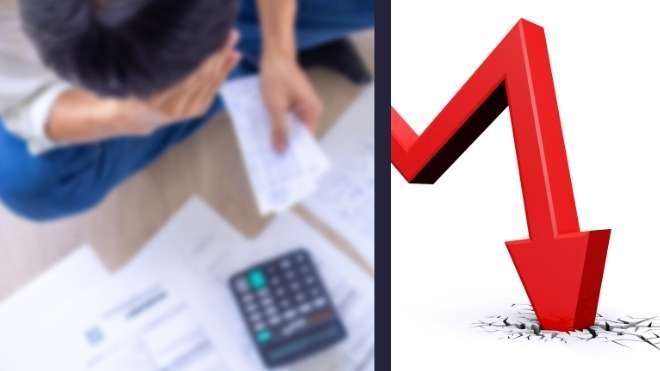 What is New York’s consumer index? Does inflation have a role?

“We’ve been comparing New York to the nation since 1999. Very seldom do we see New York’s consumer sentiment index end up being above the nation as a whole. It’s surprising, it only happens once in a while, ” explained Dr. Don Levy. He’s the Director of Siena College Research Institute.

Here’s where things get interesting, though.

Upstate New Yorkers feel worse about the economy, as consumer sentiment dropped to an index of 64%. That’s a swing of nearly ten percentage points from the state’s overall average.

Dr. Levy says it comes down to prices of goods in Upstate communities. “Gasoline and food prices have a very real and psychological impact,” he added. “The inflation impact has clearly gotten the attention of folks in Upstate quite specifically.”


How much are gas prices impacting Upstate New Yorkers?

Overall, 70% of Upstate New Yorkers say gas prices are having a ‘very serious’ or ‘somewhat serious’ impact on their financial well-being. The average price of gas in New York is $3.50.

What else is impacting Upstate New Yorkers?

“People are spending more at the grocery store, families are spending more at the grocery store to feed themselves and their kids. It’s hard,” explained Shelly James, who spoke with FingerLakes1.com about the Siena Poll. She single mom shared that despite best efforts to keep things moving in the right direction on an individual basis, rising prices have made it difficult. “It’s just another challenge. Housing, health care, child care, and now food and gas,” she continued. “They’re all more expensive. And the last two are like salt on an open wound.”


What’s the takeaway in Upstate New York to the Siena Poll?

Despite the aforementioned concerns, Upstate New Yorkers are optimistic about the future.

“We are slightly more optimistic about the future if you’re in Upstate specifically,” Dr. Levy added. “We’re beginning to see the chance that we’re going to recover yet, we’re very much concerned with inflation.”