First up will be bitter cold temperatures. Even colder than those reported and recorded earlier this week. Second, will be a coastal storm that could bring a foot or more of snow.

What active alerts have been issued by the National Weather Service?

– Winter Storm Watch from Sunday through Monday (timeline yet to be determined).

How will the forecast play out over the weekend?

– The coldest air settles in during the overnight hours on Friday. Wind chill values throughout Central New York, the Finger Lakes, and Southern Tier will dip to -15 to -20.

– By Saturday afternoon temperatures will have rebounded enough for the Wind Child Advisory to expire. However, all attention will shift to the coastal storm that could mean Winter Storm Warning(s) for a large chunk of the area.

– The National Weather Service issued the Winter Storm Watch because of a low pressure system that will track along the East Coast between Sunday and Monday. Depending on precise track of that storm- the region could see heavy snow.

– It all hinges on how far inland the coastal low tracks. If it takes a slightly more inland track- then parts of the interior northeast- like Western and Central New York will see heavy snow. Likely the heaviest snowfall that either region has seen in the last 18 months. If it tracks a little further to the east or even off the coast- then significantly less snowfall would be expected.

What are the latest forecast maps from the National Weather Service and Accuweather showing? 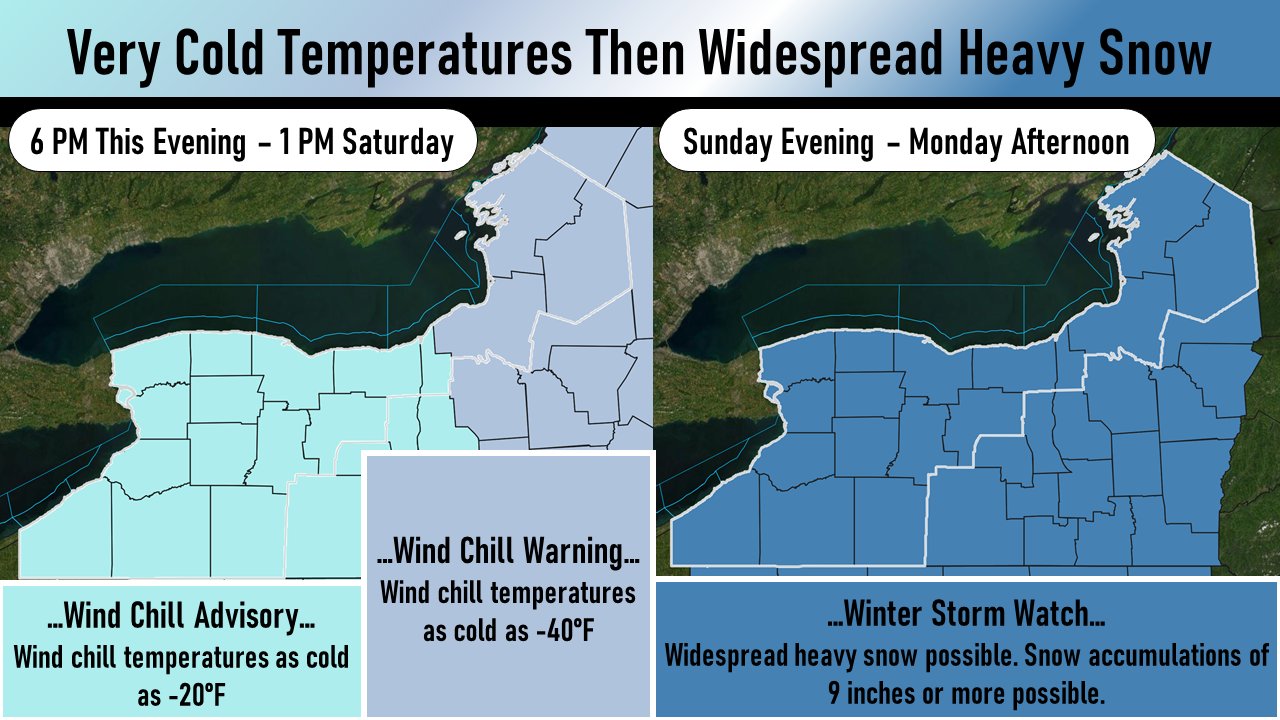 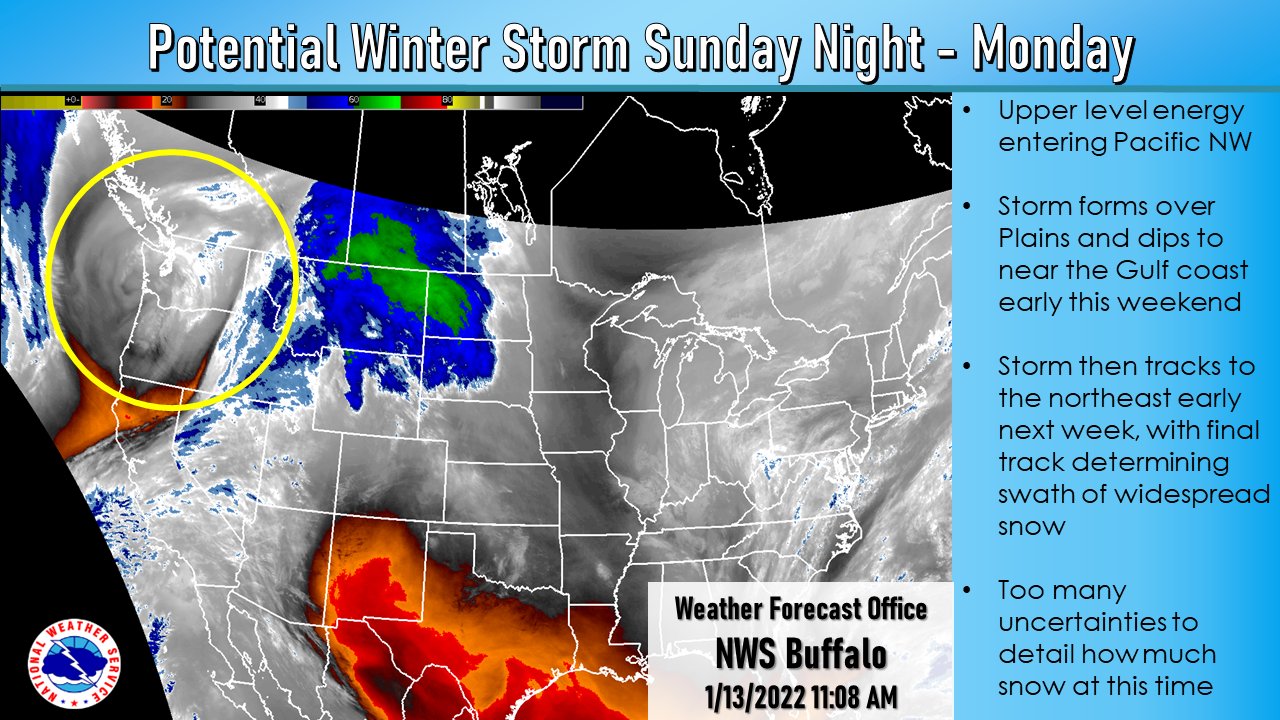 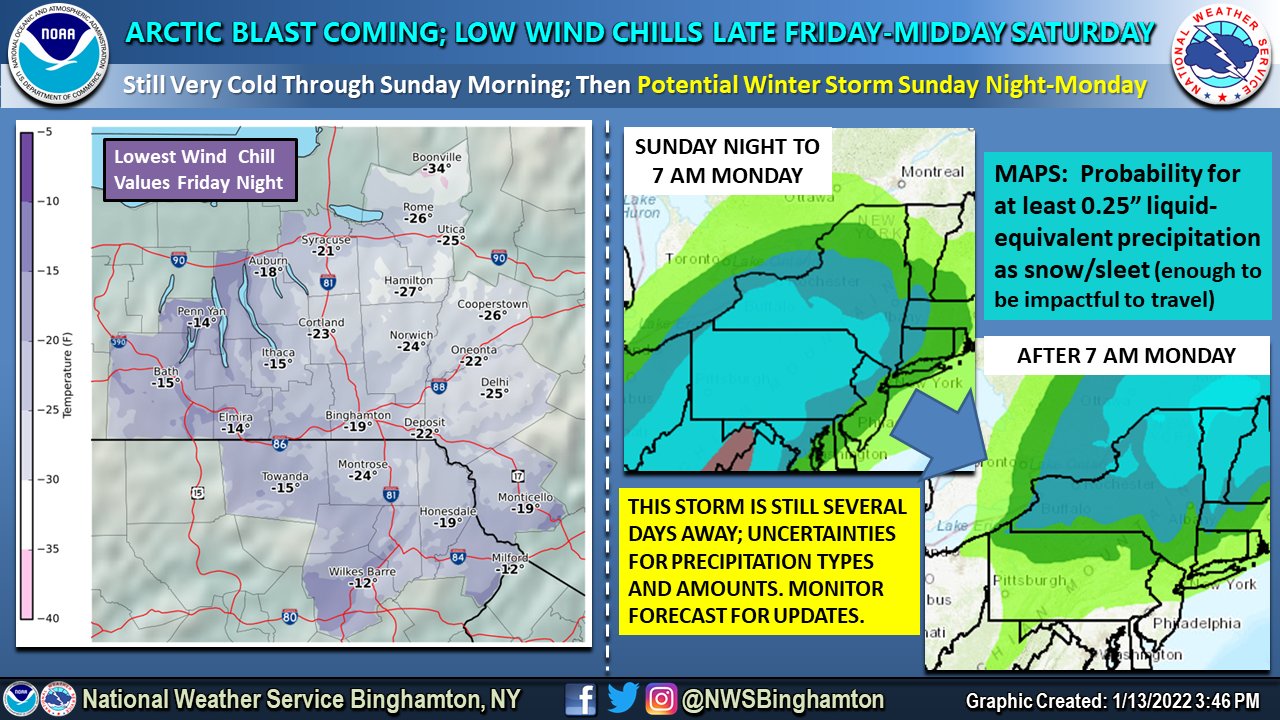 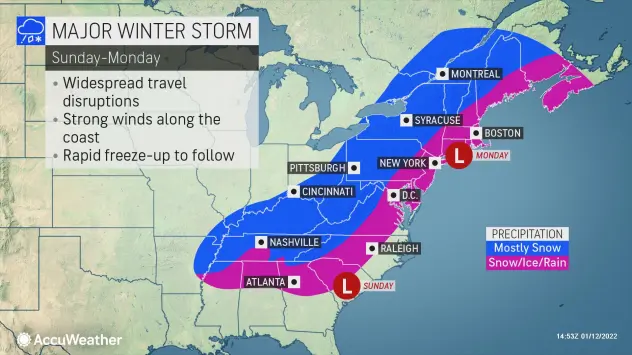 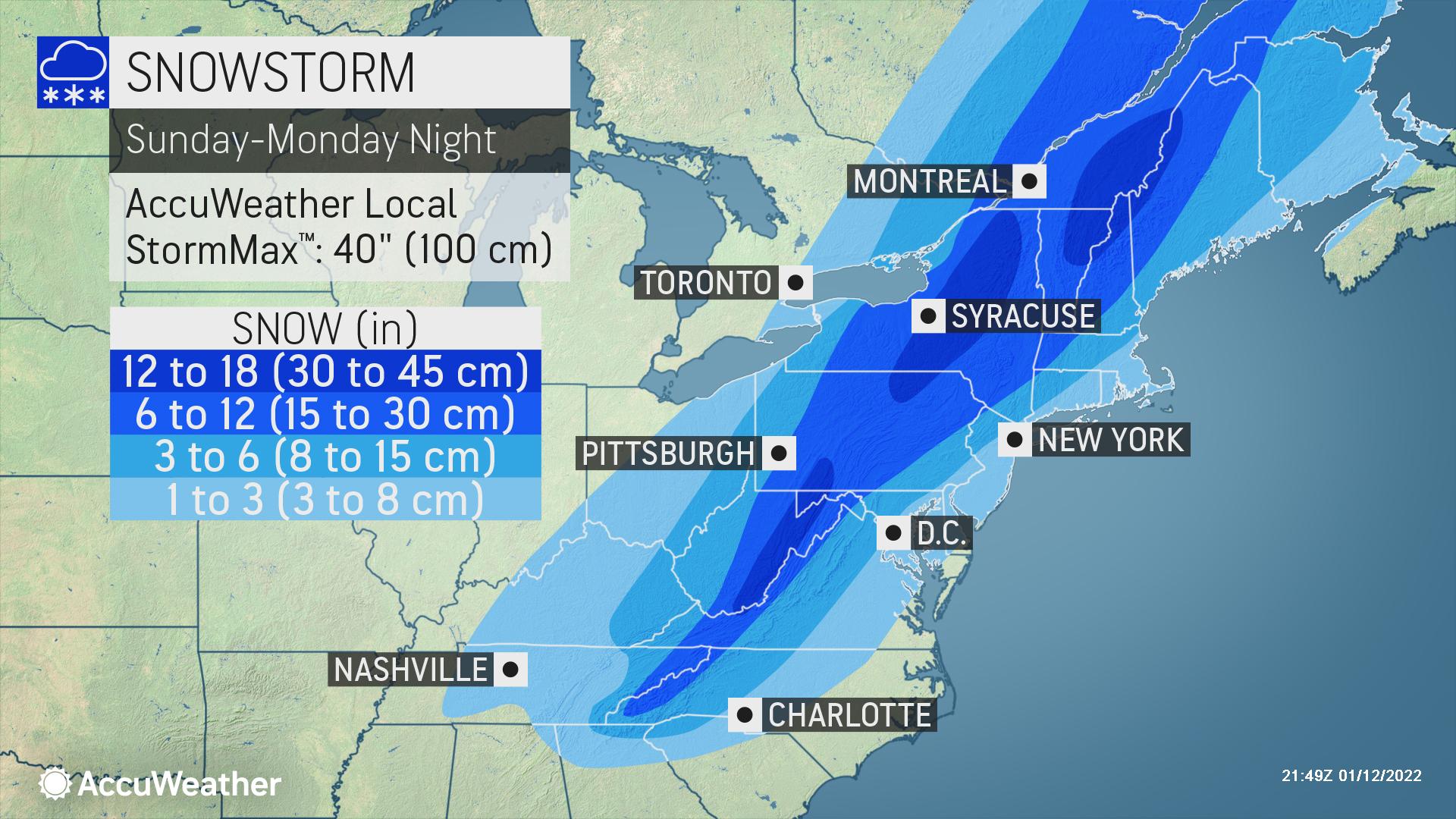 What is the latest from the National Weather Service?