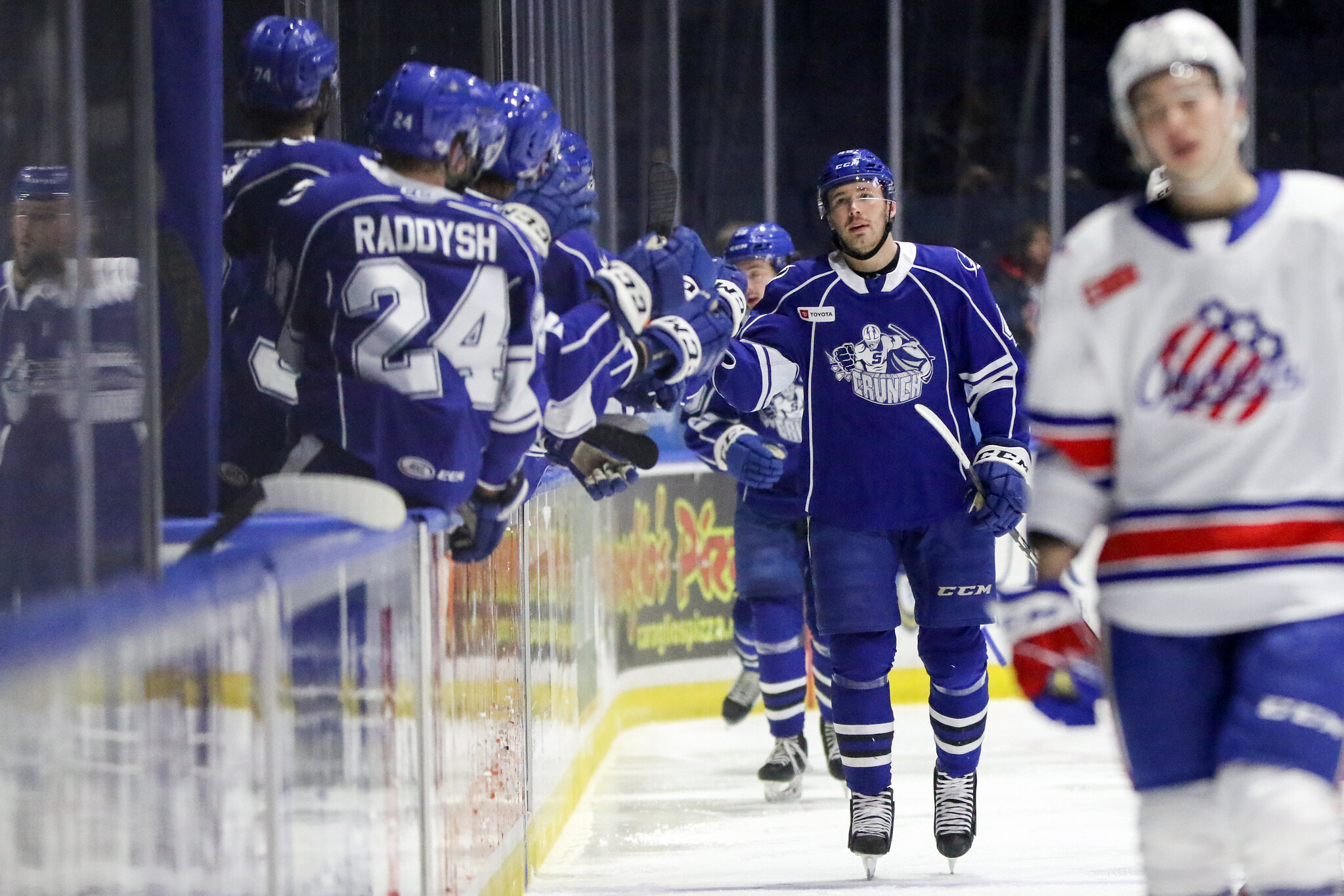 The Syracuse Crunch returned to action with a 2-1 win over the Rochester Americans Wednesday night at the Blue Cross Arena.

The Crunch pick up their first victory in the 12-game season series against the Amerks and move to 9-10-2-1 on the season.

Crunch goaltender Max Lagace recorded his third consecutive win with 17 saves. Michael Houser turned aside 14-of-16 shots in net for the Amerks. Syracuse converted on 1-of-3 power play opportunities, while the penalty kill went a perfect 5-for-5.

After a scoreless first period, the Crunch broke the stalemate 1:27 into the second frame. Otto Somppi battled in the corner to gain possession and sent a hard cross-zone feed for Cole Koepke to chip in backdoor.


Syracuse doubled their lead with a power-play goal at the 17:24 mark. Alex Barre-Boulet’s shot from the left circle was blocked, but the puck dropped down in the crease for Gabriel Dumont to sweep in.

With five seconds remaining in the second period, Rochester stole one back. Josh Teves sent the puck toward the net for Ryan MacInnis to redirect past Lagace.

The Crunch maintained control through the final frame and took the win.

Syracuse returns home to host the Hershey Bears this Friday while Rochester hosts the Hartford Wolf Pack on Friday.