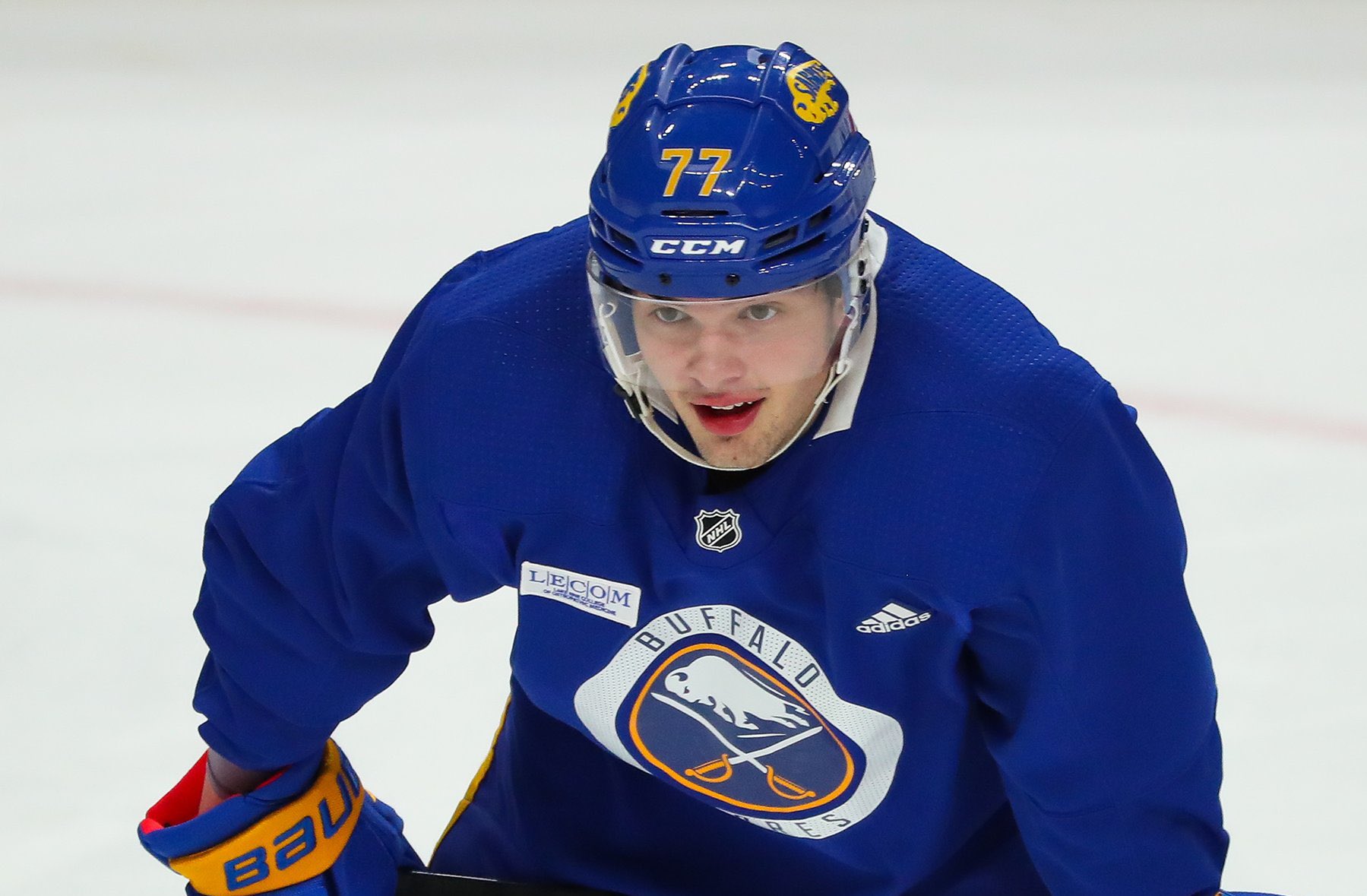 JJ Peterka wore his excitement upon joining the Sabres on Tuesday morning, so much so that even COVID protocols could not contain his smile.

“The guys were all joking when JJ walked through the doors this morning, you could even see the smile with the mask on because his cheeks flared out,” assistant coach Matt Ellis, wearing a big smile himself, said.

Peterka was still smiling when he met with the media, nearly an hour after practice had wrapped inside KeyBank Center. His parents happen to be in town from Germany, having made the trip for the holidays. They will be in attendance for his NHL debut against New Jersey on Wednesday.

“When I got to training camp, I was already, like, so excited,” he said. “And being back here, I’m super happy.”

The Sabres recalled Peterka alongside Peyton Krebs and Arttu Ruotsalainen to fill out their roster for Wednesday’s game. Ellis said none of the five forwards in COVID protocol (Vinnie Hinostroza, Zemgus Girgensons, Jeff Skinner, Dylan Cozens, and Mark Jankowski) are expected to be available.

Ruotsalainen returns after beginning the season in Buffalo. For Krebs and Peterka, it is a chance to experience the NHL amid strong campaigns with the Amerks.

Both players seem lined up for big opportunities. Peterka skated on a line with Tage Thompson and Alex Tuch, who is also expected to make his Sabres debut on Wednesday. Krebs centered Brett Murray and Kyle Okposo.

Peterka, 19, began to turn heads with his World Juniors performance last year, when he tallied 10 points in five games for Germany. He continued to display his dynamic scoring during his first NHL training camp, burying three goals in five preseason games.

Ultimately, the Sabres opted to have him shoulder a top role in Rochester to begin the season, the same line of thinking they employed with fellow high draft picks Ukko-Pekka Luukkonen, Jack Quinn, and – upon acquiring him from Vegas on Nov. 4 – Krebs.


“At first, I was like a little bit sad that I didn’t make the team,” Peterka said. “But I took that as a learning process and we have a great coaching staff down there in Rochester. So, I think I really improved there. I think it was a big step for me to go down and have big minutes there.”

Peterka tallied 20 points in 23 games with the Amerks, including a team-high 16 assists.

“The details inside his game, his defensive details have been pretty good,” Ellis said. “His on-ice awareness to what goes on away from the puck has been a major area of growth, and he’s a hound. He’s one of those players that there’s never an easy puck, never an easy shift.”

Krebs played 13 games with the Golden Knights prior to being acquired by the Sabres. General manager Kevyn Adams said his message to the 20-year-old was to not look too far ahead, to focus on the moment and know that he is a part of the future in Buffalo.

It can be easy to think ahead when you consider the ages of the prospects in Rochester. Krebs and Quinn are 20. Peterka is 19.

Krebs admitted he’s thought about the potential of a long future together.

“You want to create those relationships,” he said. “You hope that you’re here, all of us, until we’re all 30 years old, 35 years old. We’re kind of around the same age, so our families can grow and be together, which would be really cool, for sure.

“Getting to know all those guys as we start to trickle in to play in Buffalo or Rochester, it’s exciting and we’re cheering for each other, for sure.”