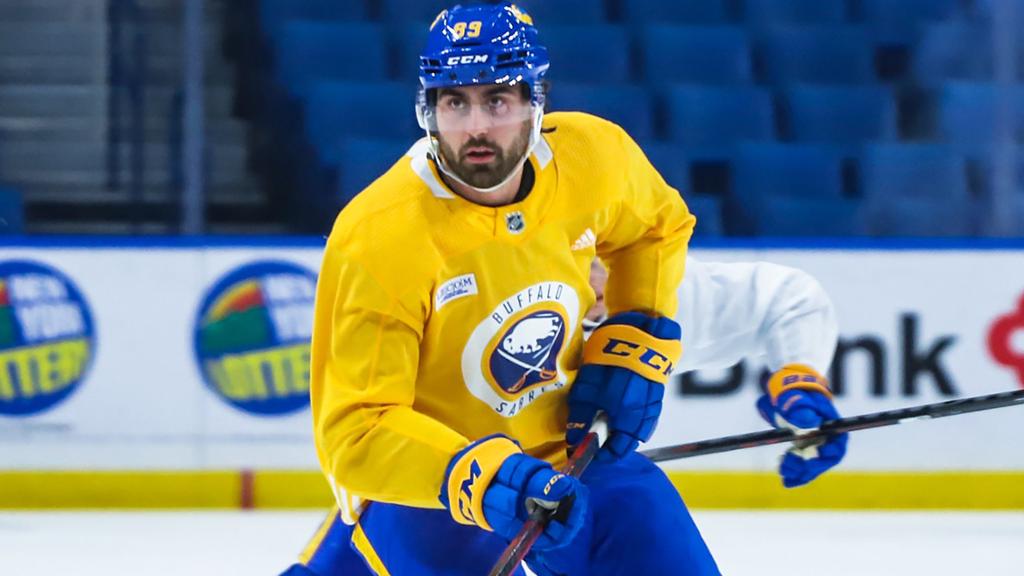 Alex Tuch practiced Wednesday for the first time without a non-contact jersey, marking a step forward in his recovery from offseason shoulder surgery.

Tuch, acquired by the Sabres as part of the trade that sent Jack Eichel to the Vegas Golden Knights on Nov. 4, has practiced with the team wearing a non-contact jersey since Nov. 29. Coach Don Granato said he will not play on the current road trip, which concludes in Pittsburgh on Friday.

“He is close,” Granato told Lance Lysowski of The Buffalo News. “He’s going to go through a couple days of contact and then we’ll get a better picture of strength, response. It won’t be within the next five days but … it could be soon after that.”

He also adds veteran experience, having made the playoffs in each of his four seasons with Vegas. Read about how he’s already taken ownership of his role with the Sabres here.

“You’re talking about high-end skill that’s not in the lineup,” Granato said. “To get that in the lineup obviously, it bumps everybody else down to another slot which is a benefit for the entire team. … That’s the impact for the team and a positive. Obviously, the other impacts would be just his skill level and ability and experience in the league now and success.”

The Sabres continue the road trip against the Western Conference-leading Minnesota Wild on Thursday. Coverage on MSG begins at 7:30 p.m. with puck drop scheduled for 8.