Home » Chance The Rapper » TBT returning to Syracuse in 2022

TBT returning to Syracuse in 2022 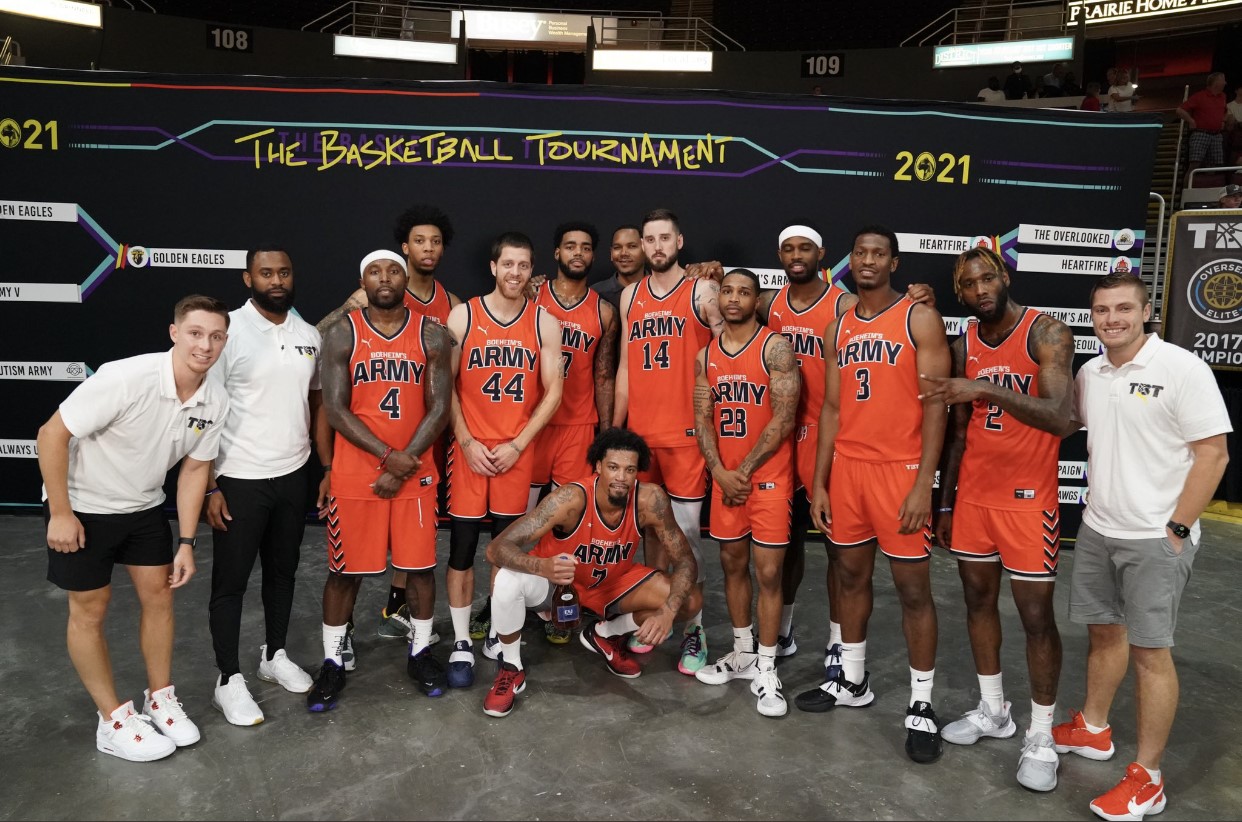 The Basketball Tournament’ is returning to the home of the reigning champs, Boeheim’s Army.

Onondaga Community College’s SRC Arena will be one of the TBT’s regional sites July 22-25. Three years ago, SRC Arena played host to the tourney with Boeheim’s Army failing to make it out of the region. Despite the lack of success on the court, the Syracuse fans easily filled the venue.

“Our entire community has been energized each summer by Boeheim’s Army and the TBT,” Hall of Fame Syracuse coach Jim Boeheim said. “On behalf of the Boeheim Foundation, we are thrilled to partner with the TBT on the regional in Syracuse.”

This is the third time SRC Arena has been selected as a regional site, but due to the coronavirus, the 2020 tournament move to a single-location bubble format.

“Myself and the rest of Boeheim’s Army are extremely excited to be returning to Syracuse this summer,” said Boeheim’s Army general manager Kevin Belbey. “Syracuse fans have followed us no matter where we played, but to be able to play back at home and do it as the defending champions will make this summer all the more special. We’re excited for Cuse nation to see what we have in store for 2022.”

“As the reigning TBT champions, Boeheim’s Army earned the right to begin its title defense in its hometown,” said TBT founder and CEO Jon Mugar. “We loved the atmosphere in SRC Arena back in 2019 and we’re looking forward to bringing it back there in partnership with the Boeheim Foundation next summer. Syracuse fans have supported TBT since 2015 and their passion for orange continually amazes us.”

The 2021 grand prize was $1 million winner-take-all. In year’s past, the monetary prize has been as high as $2 million.