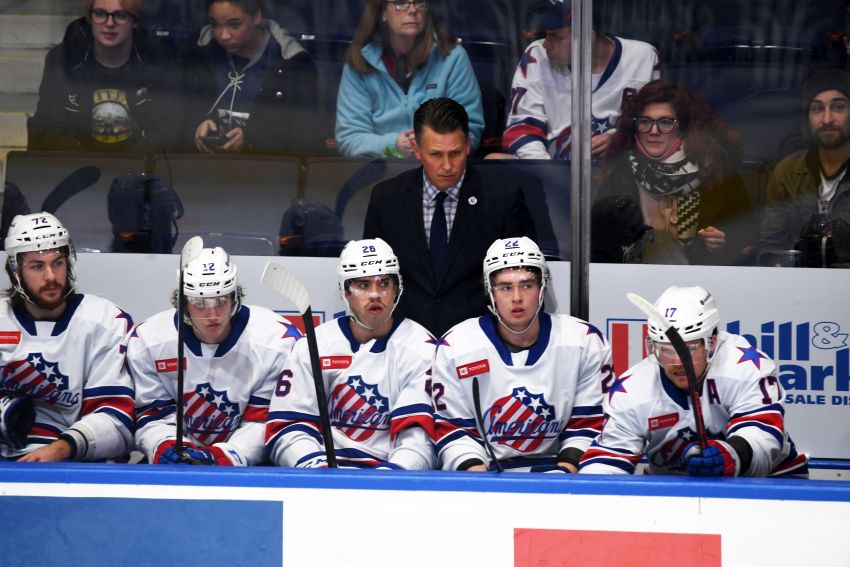 The Amerks’ contests tonight against Syracuse and Friday against Springfield have been pushed back, the league announced, and makeup dates have yet to be determined. Rochester’s schedule is tentatively set to resume Saturday night at Syracuse

The Amerks were going to be without head coach Seth Appert for Wednesday’s game after the team announced he has been entered into the AHL’s COVID-19 protocols. It is not immediately clear if any Rochester players are impacted, although the team being put on pause would indicate that to be the case.

Assistant coaches and former Sabres Mike Weber and Michael Peca were to share the head coaching duties Wednesday. Weber and players were scheduled to speak on a video call at 11 a.m. but the Amerks canceled the call as rumors about the status of the game began to swirl.

Weber, a defenseman with the Sabres from 2008-2016, is in his second year as a Rochester assistant. Peca, the captain of Buffalo’s 1999 Stanley Cup final team, is in his first year on the Rochester staff.

The AHL has been hit with a rash of Covid cases in recent days. An outbreak with the Providence Bruins has the parent club in Boston on edge because players can’t currently be recalled, and AHL games in Hershey, Hartford and Bakersfield have been postponed this week due to Covid protocols. Hershey played in Rochester last Friday and the Amerks posted a 7-3 victory.

Appert, 47, is in his second year as coach of the Sabres’ AHL affiliate. The Amerks are 11-6-0 and in third place in the AHL’s North Division.

Jack Quinn, Buffalo’s first-round draft choice in 2020, is off to a huge start for Appert’s club, leading the AHL in goals (11) and points (24), one point ahead of Chicago center and Williamsville native Andrew Poturalski.