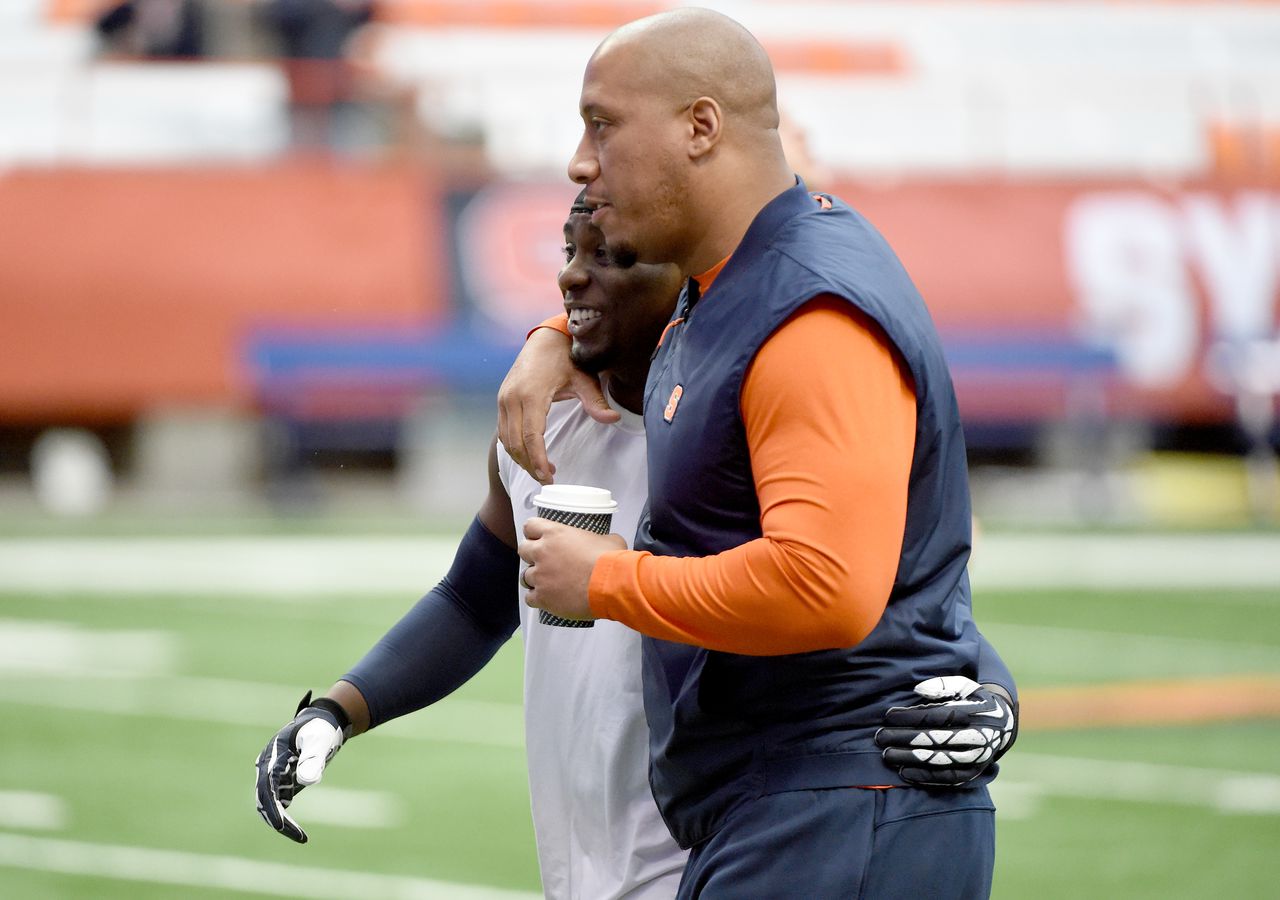 Less than 24 hours after Syracuse football’s 2021 season came to an end, changes to Dino Babers’ coaching staff are already in motion. SU has parted ways with two longtime assistants in Vinson Reynolds and Reno Ferri, according to reports from Yahoo Sports and Syracuse.com, respectively.

Reynolds has been with SU since Babers was hired after the 2015 season, working with defensive tackles from 2017-19 before taking over the entire unit in 2020 when the team shifted to a 3-3-5 under coordinator Tony White. Ferri was also hired in January 2016, mentoring tight ends from Year 1 and adding inside receivers in 2018.

The two transactions come as Babers’ job security has come into question after a fifth losing season in six years. SU’s 5-7 record this fall was a sizable improvement from the 1-10 mark the team finished with at the end of last year’s coronavirus-affected campaign. However, athletic director John Wildhack has yet to publicly state his support for Babers, as he did on Dec. 18 of last year.

Babers declined to share his confidence level in returning after SU’s 31-14 loss to No. 20 Pittsburgh on Saturday, but he expressed optimism toward next fall and spoke as if he planned to be there.

“Really excited about the bridge that our super seniors left us,” Babers said. “They gave us an opportunity to rebound from that Covid year, that asterisk year, to get us back to where we can start to do some things. I think that we have a lot of things coming back for this 2022 season.

“We’re losing six warriors, six big-time football players and we’re gaining a lot of young guys. They need to get bigger. They need to get stronger, based off some of the results of this game. But we’ve got the majority of this football team coming back and, with some additions, I think we can be extremely different and exciting in 2022.”

If Babers does stay on for a seventh season, he’ll seemingly have a restructured staff.

Reynolds was the primary trainer for a handful of standout linemen over the last six years, including NFL Draft pick Chris Slayton and dynamic pass rusher Alton Robinson. He’ll leave the position group at a pivotal juncture with four of the top contributors having exhausted their eligibility and fifth-year redshirt junior Curtis Harper having recently entered the transfer portal.

Ferri worked with productive slot man Sean Riley as well as tight ends including Ravian Pierce, Aaron Hackett and Chris Elmore. Elmore is returning for a sixth season next fall while three other tight ends have returning eligibility. Third-year inside receiver Courtney Jackson is one of the top breakout candidates on the offense, coming off a two-touchdown outing versus Pitt.