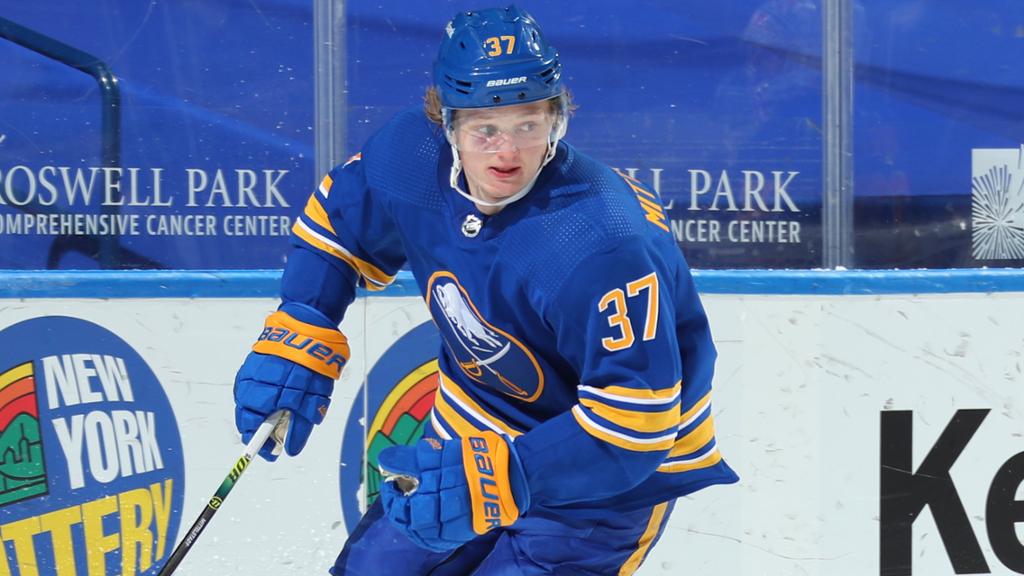 The Sabres play host to the Boston Bruins on Wednesday, but maybe more importantly, Casey Mittelstadt joined the team for the morning skate marking it the first time he’s been on the ice with his teammates since opening night. Mittelstadt has been gone for almost six weeks and Don Granato said he needs to get some practice time in, “The biggest challenge is our limited practice times, so he was on today in a non-contact way and we need to get him involved in contact, but we don’t have a lot of practice time because we have game days here, so we’re going to read it day-by-day to see how he feels, but he does need to go through at least a couple of practices with some good contact before we feel comfortable even assessing where he’s at.”

Originally it was thought that Mittelstadt would only miss around three weeks. He said, “It’s been long, but I haven’t really had any setbacks. I think more than anything it’s just a tricky injury and it’s just been slower than expected and something you can’t really mess with too much.”

Mittelstadt is a big part of this team and they need him in the lineup if they’re going to be successful. He said, “That’s been the hardest part for me, especially seeing the opportunity in front of me and it was hard at first seeing the guys get off to such a good start and not being part of it was really tough for me and now we’ve been struggling a little bit and it’s only gotten harder.”

Mittelstadt said he doesn’t know exactly how the injury happened. It was on the rush up ice with Vinnie Hinostroza and it happened when he turned away from the play.