Sabres lose 5-4 to Rangers in final second of regulation 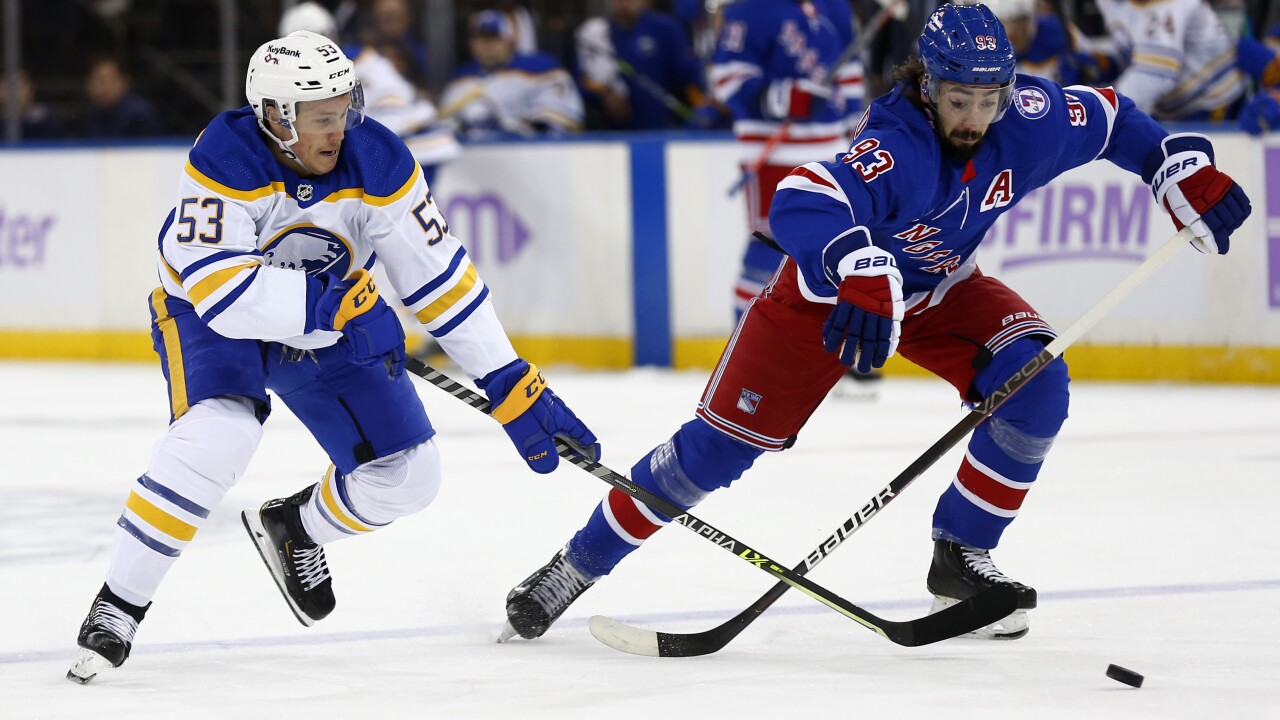 The Buffalo Sabres and New York Rangers played a wild back-and-forth affair Sunday night at Madison Square and the Rangers won on as close to a buzzer beater as you’ll ever see in the NHL.

Rangers defenseman Ryan Lindgren scored with 0.4 seconds remaining in the third period to give New York a 5-4 victory.

Alexandar Georgiev made 14 saves on the 18 shots he faced. Igor Shesterkin took over in net to start the third period and turned aside all four of his shots.

The teams combined for four goals on four consecutive shots in a span of 1:22 in the second period, marking the fastest four goals in a game since March 21, 2017 (SJS at MIN: 1:03), according to NHLStats.