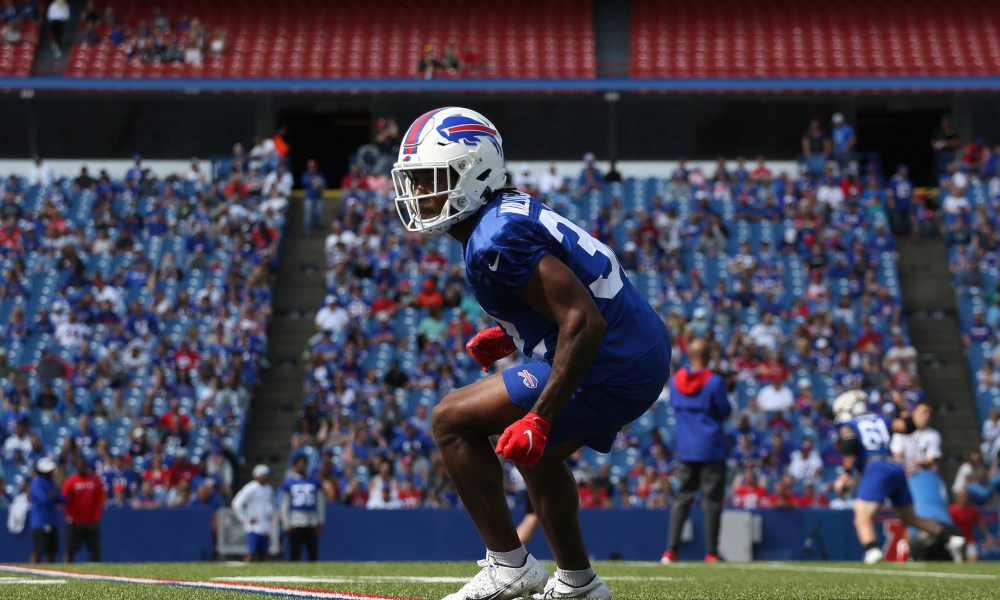 The Buffalo Bills have had another rookie draft pick plucked from their practice squad this season.

On Tuesday, the team the Bills (6-3) beat in Week 10, the New York Jets, announced that they have added cornerback Rachad Wildgoose to their roster. Since the end of training camp, Wildgoose had been on the Bills’ taxi squad.

A team in the NFL can sign players off of any other cub’s practice squad throughout the season if they want to.

But that player has to be signed to the active 53-man roster. Essentially, it’s a promotion for the player.

In the Bills’ win over the Jets, New York lost cornerback Brandin Echols to a quad injury.

According to Jets Wire, Echols will miss three-to-five weeks, so he’s on injured reserve. Wildgoose takes his place.

Both Echols and Wildgoose are sixth-round rookies.

Earlier this season, Buffalo lost their first rookie from their practice squad: offensive lineman Jack Anderson. The Philadelphia Eagles signed him in September.

Anderson was a seventh-round selection by Buffalo.